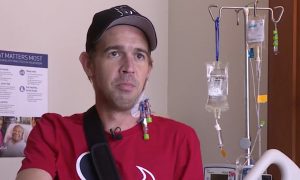 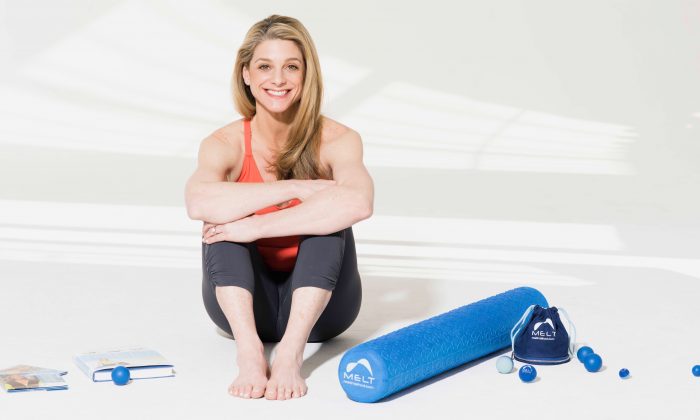 The Fascination With Fascia

Is it hype or hope for healthy aging?
By Joni Ravenna Sussman
biggersmaller
Print

Last month, the Fifth International Fascia Research Congress was held in Berlin and emerging data suggest that these gelatinous membranes which envelop every tendon, bone, joint, muscle, nerve and organ in the body may be responsible for far more than simply holding us together like so much flexible scaffolding. This collagen-based intracellular matrix absorbs mechanical stress, and prevents our body weight from crushing our ankle joints. It may also play a large role in wellness and healthy aging.

New research indicates that certain cells found in the fascia communicate directly with the nervous system, each other, and with every other organ in the body. And if that’s true, it’s challenging the notion that it is solely the central nervous system which controls and mediates all the body’s systems.

“We observed … the anatomy and histology of a previously unrecognized, though widespread, macroscopic, fluid-filled space within and between tissues, a novel expansion and specification of the concept of the human interstitium.”

Rather than merely a retaining wall of collagen as previously thought, these new findings reveal fascia to be a superconducting highway where cells live and where nutrients and waste are transported either to other cells or to the pre-lymphatic channels and ultimately to the lymphatic system. If true, it makes sense that this system would play a significant role in our immune system, neurological responsiveness, and overall wellness.

It’s a “complex adaptive system … The issue to understand first is not why the system fails us in old age or terminal illness, but rather how it works so effectively in general,” according to Theise.

Also in attendance was Dr. Peter Friedl, who shared his team’s research demonstrating how the invasion of cancer cells can begin in fascia that has stiffened due to injury. The findings support those of Theise and others who indicate that fascia may be far more important than ever thought before.

The question then is, what can we do about it?

Soft tissue modalities are nothing new. We’ve long used massage, acupuncture, Rolfing, and yoga to address fascial pain and stiffness. What is new is the concept that these symptoms may be ‘the smoke,’ and the underlying damage to the fascia, ‘the fire.’ By gently manipulating the fascia, we might be able to enhance our bodies’ own natural healing properties to put out the fire. Or at the very least, tame it.

In May, Scientific Reports published a study headed by Helene Langevin, a soft-tissue superstar among fascia aficionados. She and her team at Harvard Medical School and Brigham and Women’s Hospital showed “Stretching Reduces Tumor Growth in a Mouse Breast Cancer Model.”

But the idea that we should give such importance to fascia has its detractors.

“I would be happy if the research pans out in human trials, but I wouldn’t count on it,” said Steven Sommer, a clinical molecular geneticist at Mayo Clinic and then The City of Hope before opening his own DNA Sequencing Lab in Southern California, knows firsthand about fascial tumors.

“It started with terrible headaches and then suddenly I couldn’t see straight,” he says, describing the symptoms of his meningioma, a tumor in the fascial membrane surrounding the brain. “The doctors said it must have been growing for nearly twenty years because it was large, impinging on twenty percent of my brain. Thankfully it was benign,” he adds. “But while it occurred due to a disorder or alteration within my meningeal [fascia] cells, I highly doubt there was anything I could have done to prevent it.”

But Dr. Langevin’s work with fascia has been indirectly endorsed. Last month, she was appointed Director of the National Center for Complementary and Integrative Health after serving as head of the Harvard Osher Center for Integrative Medicine for many years. Time will tell whether her work under the auspices of the NIH will legitimize what some, like Sommer, feel to be ‘fringe theories’ about the role of fascia.

According to Dr. Langevin, much of the ambiguity and misunderstanding arises when using the word, ‘fascia’ without distinguishing the various types: superficial or deep, visceral (covering the organs), dense or non-dense.

And just as the fascia of the nervous system is called the meninges, the fascial sheath surrounding the eyeball is called ‘tenon’s capsule’, the lungs’ fasciae are pleurae, and the heart is known as pericardia, to name a few. But are all these fasciae truly connected and working together on some deeper level? Like a line of ants transporting food, do they communicate among themselves, while also interacting with the larger world around them, as Thiese’s research indicates?

Sue Hitzmann, author of New York Times Best Seller, ‘The Melt Method’ and founding member of the Fascia Research Society, thinks so. “The key to healthy fascia is keeping it hydrated,” she says.

“Injury to the fascia through overuse or trauma causes it to become fibrotic, stiff. Unfortunately, simply drinking enough water won’t do the trick,” explains the fitness guru who has a master’s degree in exercise science and advanced training in neuromuscular therapy.

“It’s like running the faucet over a dry sponge. There’s no absorption. But with gentle manipulation, we can loosen the fascia and increase the intracellular fluid.”

Myofascial Energetic Length Technique (MELT) is a form of self-care utilizing balls and soft rollers. Hitzmann, who was also in attendance at last month’s conference, designed the method after years of fitness training left her with debilitating foot pain. Because of the pain, she altered her gate; but that created more problems with her proprioceptors.

Our fascia is filled with proprioceptors which tell us where our body is in space. When proprioception goes awry because of injury to the fascia from muscle overuse, misuse, misalignment, improper movement, and/or posture, the fascial layers no longer glide smoothly or work properly. The central nervous system then must intervene. If this goes on too long, the central nervous system becomes overtaxed, possibly contributing to auto-immune disease and neurological disorders.

Understanding fascia has become more important as diseases reveal an important connection to the fascia.

Connective tissue ailments like lupus, rheumatoid arthritis, and fibromyalgia are on the rise. We’d all like to employ non-pharmacological treatments that could enhance our bodies own natural defenses against degenerative diseases. We know that eating right and moving help keep us healthy into old age. But increasingly, it appears that is not enough. We must move well. And it makes sense to pay more attention to the little aches and pains we associate with normal aging. They may be telling us something more.