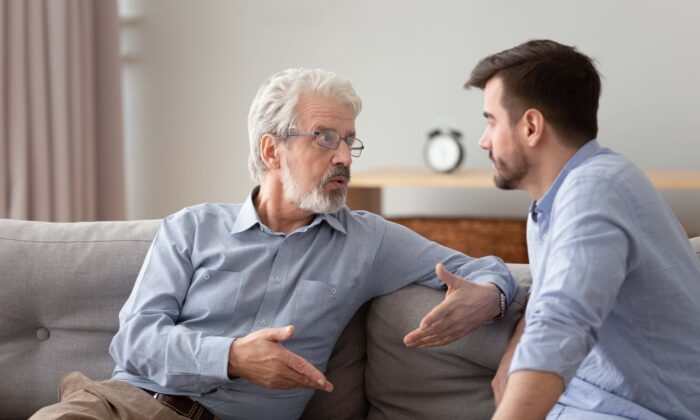 A difference of opinion can give us a way to expand our understanding, if we don't let it turn into an argument. (fizkes/Shutterstock)
Life & Tradition

The Easy Way to Change Minds

Truth is not a tool for domination, it's a way to connect and share
By James Walpole

Remember when you changed your mind? Do you remember all the dozens of times you had to give up one idea to get closer to the truth? Whether in politics, culture, art, or philosophy, you may have experienced what it’s like to make an about-face on an idea. It’s terribly vulnerable.

Were you convinced by someone who argued angrily at you?

Were you convinced by someone who used truth to gain superiority over you and others?

Were you convinced by someone who insulted your intelligence, or your morality, or your community?

Then why do you expect those same strategies to work on other people?

When you changed your mind, you probably didn’t change it because someone won an argument with you.

You probably changed your mind because someone spoke your language and listened to yours.

You probably changed your mind because someone made “over there” less scary and more beautiful than “right here.”

You probably changed your mind because you were invited and then empowered and then left alone to make the choice for yourself.

No one had to drag you when you finally came around to a new way of doing and seeing things. Now that you have that new way, don’t forget how you got here.

For the sake of your past selves and for the sake of the people whose minds you want to change, share truth compassionately. Lead people in. Entice them. Excite them. Empower them.

Truth is not a tool for domination. It operates a lot more like love than war.

Or have you forgotten when it first changed you?

James Walpole is a writer, startup marketer, intellectual explorer, and perpetual apprentice. He is an alumnus of Praxis and a Foundation for Economic Education’s Eugene S. Thorpe fellow. He writes regularly at jameswalpole.com. This article was republished from FEE.org.