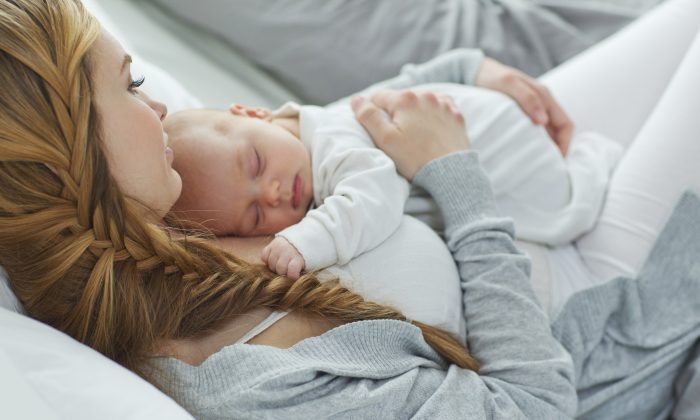 The Do’s and Don’ts of Post-Baby Recovery

French women have a secret to bouncing back and feeling great post-baby: They embrace postpartum physical therapy.

Six weeks after birth, French women begin “la rééducation périnéale” (perineal reeducation), a set of guided exercises that help get the muscles back to optimal functioning. After 10 to 20 sessions of therapy, women complete another round for the abdominal muscles.

In the United States, a woman’s postpartum body is given comparatively little attention, and many new moms may feel embarrassed to discuss issues they encounter.

Rachel Parrotta is a physical therapist at Shift Integrative in New York who specializes in women’s health and pelvic floor recovery. For her French clients, postpartum physical therapy is standard practice, says Parrotta, but the majority of her American clients seek treatment only if they have a problem.

To help new mothers heal properly after giving birth, Parrotta shared some guidelines for what women should and shouldn’t do in caring for their bodies.

Learn How the Pelvis Works

This is something women should do before giving birth. Pelvic floor exercises, commonly known as Kegels, require some practice and muscle coordination, and can be hard to perform correctly when the muscles are in a weakened state. Therefore, it is better to learn proper methods of care and exercise while pregnant, rather than after delivery.

Parrotta has also encountered many women who perform the exercises incorrectly. For example, bearing down instead of pulling upward when doing Kegels can worsen postpartum issues like pelvic organ prolapse.

Before giving birth, women should check themselves in the mirror or with a finger to be sure they can contract and release their pelvic floor muscles. Learning to coordinate these muscles is key, and once the brain has mastered this technique, it will be much easier to do after delivery.

Another reason to practice during pregnancy is that after the baby’s arrival, life becomes one big learning curve, especially for first-time parents. Learning ahead of time means there’s one less thing to focus on.

How to Self-Assess Your Abs Post-Baby

During pregnancy, women should also learn how to correctly engage their abdominal muscles. This will help throughout the pregnancy and prevent many issues related to weakness and separation of the abdominals (diastasis recti) after birth.

Parrotta recommends that women cultivate the habit of good abdominal engagement in their daily activities, such as when lifting children or groceries.

Use the Bathroom Properly

Still a rather taboo subject in the United States, having correct bathroom posture is important—especially before and after birth.

Our common form of sitting with the legs and torso at a 90-degree angle can cause women to bear down, which presses the pelvic organs down toward the vaginal canal.

Parrotta recommends using a stepping stool or specially designed products like the Squatty Potty to elevate the knees above the hips.

An issue women commonly encounter after birth is weakness and separation of the abdominal muscles, a condition called diastasis recti. This can make her abdomen continue to protrude months after birth and may cause injury, lower back pain, and pelvic instability.

Women can do a self-check for this along the midline of the body (linea alba) by seeing how many fingers they can fit in the gap. A gap larger than two finger-widths is considered too much. A physical therapist will also check the tension of the abdominal muscles. If there is not enough tension, it may indicate weak tissue.

Be Embarrassed to Ask for Help

Issues like urinary or fecal incontinence after birth can feel awkward to discuss, even with a doctor or physical therapist, but getting help for these problems is important.

Women should raise any concerns about symptoms such as incontinence, pelvic pressure, or pain with their doctor, and ask for a referral for physical therapy.

Many women feel pressure to “get their body back” soon after childbirth. However, too much, too soon can cause issues, some of which may not manifest until months or even years later.

Even something as innocuous as pushing a stroller up an incline a few weeks after birth can lead to problems. While Parrotta does not give her clients hard and fast rules, she recommends easing into exercise and making sure the core and pelvic floor muscles are able to support whatever they do.

It’s also very important to do movements correctly because incorrect form—such as bearing down during a workout—can have unintended consequences.

What to Do for Leaky Bladder After Childbirth

Parrotta has heard from women who’ve been told by mothers, grandmothers, and even doctors that it’s normal to leak urine after giving birth. However, if you are still leaking urine six weeks postpartum, she recommends getting help. Physical therapy can do a lot to treat this, she said.

Rush to Surgery for Diastasis Recti

Parrotta has heard of some doctors who’ve told women that the only way to fix diastasis recti is with surgery.

Physical therapy can do a lot to heal the gap by helping a woman engage the deepest abdominal muscle (the transversus abdominis) in addition to more superficial muscles.

A physical therapist can also use myofascial release (a technique using gentle, targeted pressure) around the ribs to soften stiff tissues that can affect the abdomen.

Neglect Care for the Pelvis After C-section

Women who have a cesarean delivery can still have issues with their pelvic floor muscles, even though the baby did not pass through the pelvis. One sign can be pain during intercourse.

Parrotta said that the majority of her clients who’ve had C-sections have pelvic muscles that are too tight and high, which can result from the scar tissue pulling upward and together. Physical therapy can help lengthen the muscles and soften scar tissue.