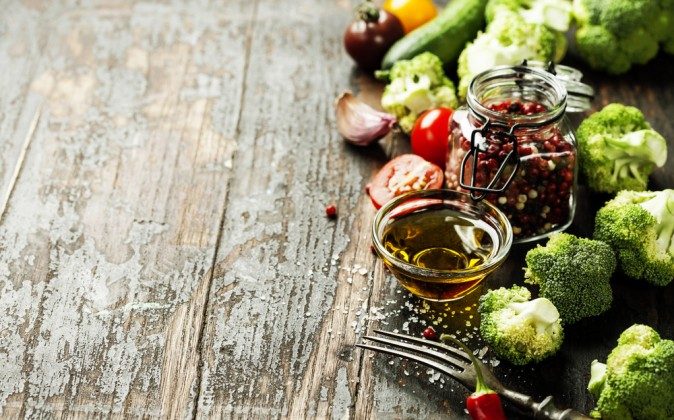 The chef of New York’s pioneering farm-to-table restaurant, Dan Barber, proprietor of Blue Hill, has been a champion of the local, organic food movement for a long time. But now, he believes it is time to take the movement national, even global.

“Farm-to-table has failed to transform the way most of our food is grown in this country,” he wrote in his new book The Third Plate: Field Notes for the Future of Food. He observes that local, organic meals essentially resemble what Americans have, in reality, been eating for decades: A big chunk of meat in the center with vegetables pushed off to the side. The sourcing is much better, he says, but the diet itself has not changed much.

With that in mind, according to The Atlantic magazine:

In order to transform our agricultural landscape–and make farm-to-table truly sustainable–Barber insists we’ll need to develop a “Third Plate:” a form of eating that harnesses the incredible power of ecological relationships, while reflecting the proportions of what farmers can reasonably grow. In his conversation for this series, Barber told the story of how his search for better wheat flour led to a culinary epiphany, and explained why a line by American naturalist John Muir helps him articulate his vision for our food’s future.

The magazine noted that, when the 2006 book The Omnivore’s Dilemma, by Michael Pollan, questioned the logic of the country’s food system, the terms local and organic were not nearly as omnipresent as they currently are. In embracing Pollan’s iconoclasm, yet applying it to today’s increasing awareness, The Third Plate revisits and rehashes fundamental assumptions of the movement that Pollan helped initiate.

In four sections — “Soil,” “Land,” “Sea” and “Seed” — The Third Plate “outlines how his pursuit of intense flavor repeatedly forced him to look beyond individual ingredients at a region’s broader story–and demonstrates how land, communities, and taste benefit when ecology informs the way we source, cook, and eat,” The Atlantic noted.

It should be noted that Barber’s second restaurant, Blue Hill at Stone Barns, is a working farm and noted education center in the Hudson Valley region of New York state; in 2009, he was named one of TIME‘s 100 most influential people in the world.

Barber says that his “revelation in the kitchen” occurred a decade ago, while he was standing “over a bag of all-purpose flour.” He continued:

The flour-bin is parked outside my office window in the kitchen, so it’s constantly in view. I watch it being emptied and refilled, emptied and refilled, all day long. We use a ton of flour at Blue Hill–we’re not unusual in that regard. All-purpose flour is probably the most ubiquitous ingredient in my kitchen.

‘I Didn’t Know Anything About It’

One day, however, he says he realized that he did not know anything about that particular ingredient. “I didn’t know where it came from, or how it was grown–I only knew that it had absolutely no flavor, and it was in everything.”

“There I was, running a farm-to-table restaurant–meticulously sourcing my produce, cheese, and meats–and I hadn’t given a thought to this basic facet of my cooking,” he wrote.

At that, he says he decided to get some delicious flour, “flour from wheat with a story, flour with presence you could taste.” And, like any farm-to-table chef, he says he figured that he would begin by finding a local, organic grain farmer.

“I found a guy named Klaas Martens, from upstate New York, who grew emmer wheat,” Barber noted, adding that that particular variety of emmer was, at the time, nearly extinct.

But Martens was preserving it, he said, and so he began supplying it to Blue Hill.

“I bought a grinder for the restaurant, and we ground Klaas’s wheat, milled it into our own flour, and made this stunning whole wheat bread.”

Read the remainder of Barber’s revelation and where it has led here.