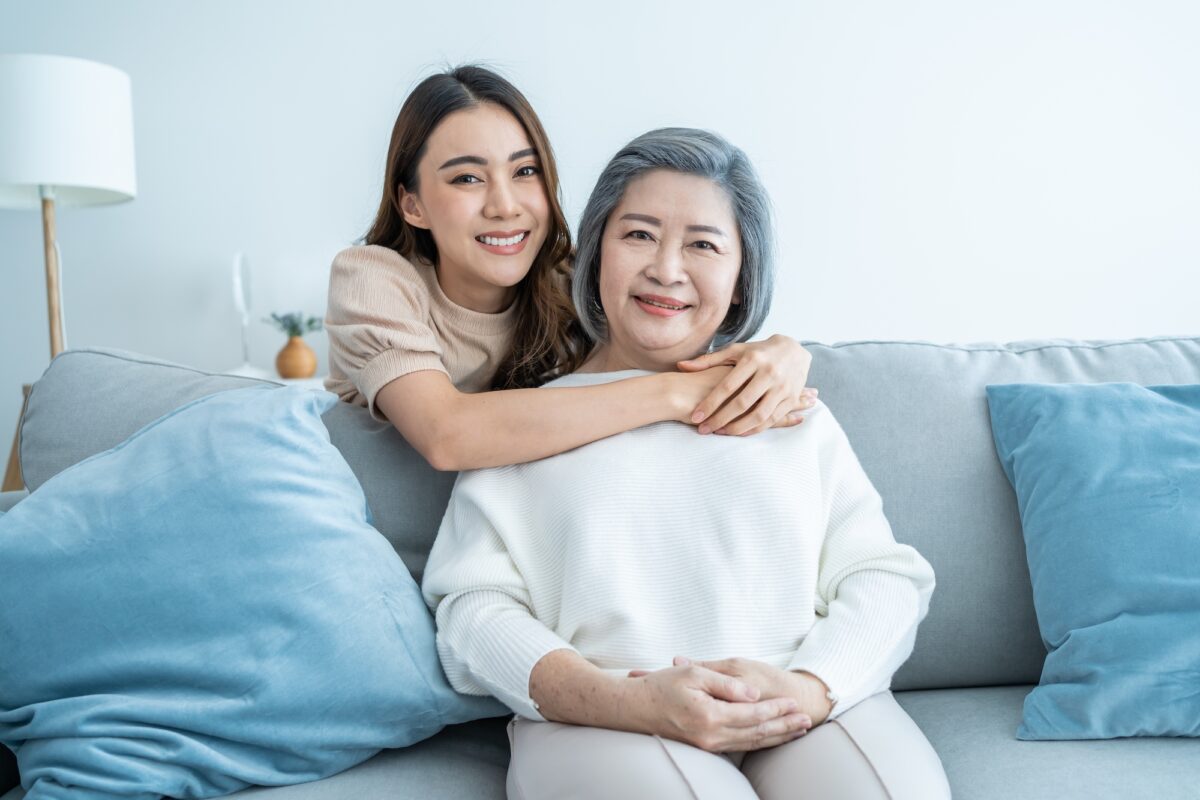 If you have senior parents, it's time for you to take with them about their financial plan. (Hananeko_Studio/Shutterstock)
Pregnancy

“The study supports the findings from other studies demonstrating a positive association between older maternal age and greater odds of the mother surviving to unusually old age,” stated the study researchers.

A Marker for Slow Aging

The study, “Extended Maternal Age at Birth of Last Child and Women’s Longevity in the Long Life Family,” dovetails with research done two decades earlier, published in the journal Nature in 1997, which found that women who gave birth over 40 were four times as likely to live to 100 versus women who had their last child at a younger age.

For that study, “Middle-aged Mothers Live Longer,” scientists compared a group of centenarians living outside of Boston, Mass. with a group of women who were born in the same year (1896) but died by age 73. “The ability to have children in the fifth decade may be a marker for slow aging and subsequent ability to achieve extreme longevity,” explained the study’s authors.

In 2017, researchers from the Karolinska Institute in Stockholm, Sweden found that both men and women who have at least one child live longer than those who remained childless. In this study, which looked at data for every person born in Sweden between 1911 and 1925, having children correlated with two extra years of life expectancy for men and one and a half years for women.

More recently, a 2020 study of more than 1,200 perimenopausal and postmenopausal women found that women who gave birth at a later age had longer telomeres.

As explained by Dr. Elissa Epel and Nobel laureate Dr. Elizabeth Blackburn in their book, “The Telomere Effect: A Revolutionary Approach to Living Younger, Healthier, Longer,” telomeres are located at the end of our chromosomes. These DNA sequences—composed of DNA and DNA-binding proteins—are important for maintaining chromosome integrity.

Longer telomeres are thought to be anti-aging biological markers, and researchers believe that the longer one’s telomeres, the more likely one is to enjoy vibrant health and longevity. The length of one’s telomeres can change throughout your life. As the 2020 Menopause study shows, having children later in life has a positive effect on women’s telomeres.

All of this is good news for the over-40 but still fertile set, which is an American demographic that seems to be growing. Many high-profile American celebrities, including actress Meryl Streep, whose fourth child was born when she was 42, and actress, comedian, and producer Mindy Kaling, whose son, Spencer, was born when she was 41, belong to this club. These celebrities have been acclaimed for having children at a more advanced age.

Other female stars have had children well over 40, though they’ve often been private about whether they conceived naturally or used IVF or donor eggs. Actress Halle Berry was 47 when her son, Maceo, was born; singer-songwriter Janet Jackson was 50 when her first and only child, Eissa, came along; and Danish actress and model Brigitte Nielson gave birth to her fifth child, Frida, at age 54.

What is clear is that people in industrialized countries are increasingly delaying having children. According to the CDC, the average age of first-time mothers is rising in the United States—a trend happening elsewhere in the world, as well. In the U.S., the mean age of women having their first child rose from 24.9 years old in 2000 to 26.3 years in 2014; data from the National Vital Statistics System shows that Asian or Pacific Islander mothers had the oldest average age for first children (29.5 years), and American Indian and Alaska Native mothers the youngest (23.1 years).

At the same time, the proportion of first births to mothers under 20 years old is down 42%. Also on the decline is the total number of births in the United States, which has been going down nearly 1% every year since 2010, according to government census data.

In some countries, like Italy, many couples in their 30s are opting to remain childless with no intention of ever giving birth, according to The Italian Insider. Other couples simply plan to wait, perhaps indefinitely, preferring to prioritize establishing successful careers, saving money, traveling, and fulfilling their dreams over starting families.

“I’m always looking forward to the next thing,” San Francisco resident Dyanna Volek, age 37, told a CNN reporter. “Being a parent was never one of them.” Volek’s husband agreed. They both like the freedom of being childless, eating out by themselves without having to worry about children, and the idea that they will be able to retire at an early age even though they live in a very expensive city.

Waiting Has Its Benefits

Besides the longevity effect that some women who delay childbirth seem to enjoy, researchers have found other interesting benefits for mothers who have children later in life. For example, a team of scientists at the University of Southern California published a study in the Journal of the American Geriatrics Society that found that mothers who have their last child over the age of 35 enjoy better cognitive health after menopause than moms who had children earlier in life. The 2016 study identified “a positive association between later age at last pregnancy and late-life cognition,”according to Dr. Roksana Karim, the study’s lead author.

Waiting to have children—or having your last child later in life—may also make you a more patient parent. A Danish study published in the European Journal of Developmental Psychology in 2018 found that older mothers were less likely to yell at or physically discipline their 7-year-old and 11-year-old children.

The same study found that children of older moms had fewer behavioral, social, and emotional difficulties when they were 7 years old and 11 years old compared to peers with younger moms. However, this did not hold true for children at age 15; teens, it seems, are hard to parent no matter their parents’ age.

What about the downsides of waiting to have children? It is well established that advanced maternal age increases a mother’s chance of having a baby with a genetic condition, such as Down syndrome. Conventional doctors are quick to tell women over 35 that they are at higher risk of problems—including birth defects, miscarriage, high blood pressure, diabetes, problems with the placenta, and premature birth—during pregnancy and childbirth.

In addition, some women are worried that if they wait longer to have children, they won’t have as much energy or be as much fun as a mother.

These are legitimate concerns. My first child was born when I was 29. I was not a “young mom,” but I was a goofy, playful, imaginative, and energetic first-time parent. I was also anxious, always wondering if my husband and I were making the best parenting choices. It was hard for us both not to fret and second-guess ourselves.

When our last child came along nearly 11 years later, my husband and I were both over 40. We wondered if we were too old; after all, we both had less energy and more wrinkles. But our youngest daughter also had her three older siblings to chase her around the house, play with her, and push her at breakneck speed in the stroller.

Knowing that she was our last baby and being more experienced at parenting, we did our best to savor every moment. I don’t know which of our four children got the best of us. But it’s nice to realize that waiting until age 40 to have baby No. 4 may help us both live longer, healthier, and more vibrant lives.