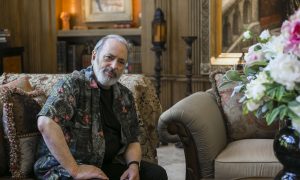 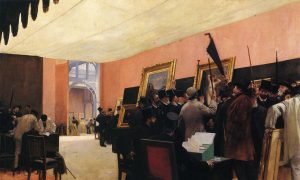 19th-Century Academic European Paintings: The Power and Influence of the Paris Salon
0 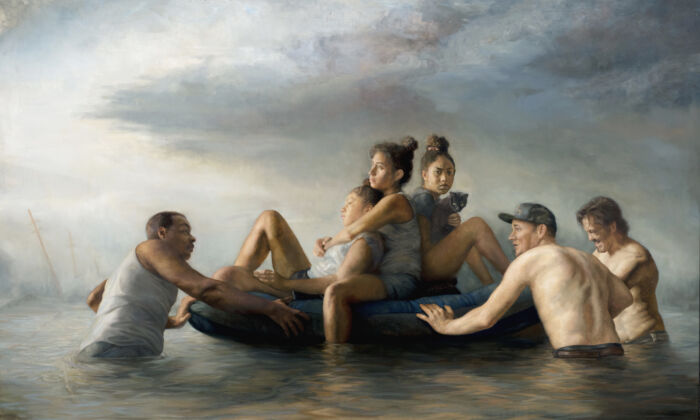 On July 13, nearly 100 contemporary representational paintings from around the world will be exhibited in the “14th International Virtual ARC Salon Exhibition (2019–2020).”

The exhibition is the culmination of the annual Art Renewal Center Salon (ARC) competition, which had over 4,300 entries from across 73 countries. The exhibition opened at the European Museum of Modern Art (MEAM) in Barcelona, Spain, this past winter.

Kara Lysandra Ross, chief operating officer and co-chair of the New York-based ARC, tells us more. Ross shares about representational art: how the movement has developed, and how representational artists use a universal visual language to connect us all to our humanity.

The Epoch Times: How would you define realism?
Kara Lysandra Ross: I would define realism in the 21st century as images that can be recognized and identified such as people and objects, and even fantastical subjects like dragons or unicorns.

Realism is a visual iconography to some extent. If you think back to some of the earliest writings such as hieroglyphics, the Egyptians used images of actual things to represent a language. And so realism is really a visual language. It’s using identifiable things from our world that we live in to communicate across all language barriers. Because no matter where you’re from or what language you speak, if you’re viewing an image of a mountain, we all have a reaction to that. We all know what that is, and so there’s a level of communication that can occur through representational imagery that makes it a universal language.

And being able to render a painting or drawing in a way that looks as close to what you would actually see as possible enhances that visual power by increasing the viewer’s intrinsic emotional response to it.

The Epoch Times: What can realist artwork teach us as opposed to modernist art?
Ms. Ross: Well, it’s basically the power of communication and connection. So much communication occurs in-person that when you feel that you are actually looking at a real person in a painting or drawing, the subtlest of communication can occur.

One of the artists in the exhibition, Duffy Sheridan, was actually talking about that in his video and how he sets out to paint a painting. He’s always been fascinated with the idea that a person’s look, just a look, could have so much communication within it. And so, when he sets out to paint a painting, really he’s just trying to capture the emotion of that look or that subtlety of gesture that is being communicated. Everything else in the painting is filtered around it to emphasize that look, or that feeling that comes from the look.

If you have a modern painting like a Jackson Pollock, which has lots of splatters and colors, people can read different things into it: Maybe those colors feel angry, or he was obviously angry when he painted it. That’s a very base type of emotion and communication.

Whereas if you have a fully worked-out scene like a mother crying over the death of her child, there’s so much more complexity that goes into that kind of communication than can be just communicated through colors, splatters, or shapes because representational images are identifiable. For example, if you have a painting of children, people will often think of their own children or maybe what it was like when they were a child. Realism provides relatable pieces that communicate our shared humanity.

The Epoch Times: On the ARC website it states that your mission is “to promote a return of skill-based training, standards, and excellence in the visual arts.” What do you mean by skill-based?
Ms. Ross: Skill-based is the term used in the educational field that means that one skill builds upon another skill to reach an overall level of mastery.

Most college and university art education programs teach art based on an idea that I think is completely inaccurate. These institutions seem to believe that creativity is inhibited by any atelier-type training, which is required to make representational art at the level of the work in our salon, which I think is kind of crazy. Because if you’re learning to write, first you have to learn the alphabet, then you have to learn how to spell words, then you learn how to compose sentences, and then you learn to express yourself. No other field of education works in this way, teaching by withholding knowledge.

Skill-based training in the visual arts is basically learning the skills that are taught in our ARC- approved atelier schools, where you learn all the building blocks and in the end you’re doing your own creative expression. But in order to be able to get to that point, you have to first acquire the skills.

In a lot of atelier schools, you do nothing but drawing for the first year or two. Then you can move on to oil paints, taking everything you’ve learned as far as being able to actually render objects and people. You start working in grayscale first, not with color, because color adds a level of complexity. Then you’ll do your first limited cast palette, where you might copy a plaster cast which is white, so you’re still dealing with just the shadow, just to be able to get that accuracy of form in three-dimensional rendering. Then you might add in a green scarf or something with limited color before you move on to working in full color. Every step of the way, you’re learning skills, and you’re training your eye in how to be able to do it, so it’s a long process.

It’s not that someone can sit down and paint a representational masterpiece on their first try. There are a lot of skills that have to be acquired to be able to do that, and a lot of training and hard work. So skill-based training in the visual arts is the idea that you have to learn the technique and that each technique builds upon itself to attain a level of mastery over the medium versus the “anything goes” mentality.

The Epoch Times: Artists who submit works to the salon don’t have to be enrolled at an atelier or have previously studied at an atelier. Why did the ARC make that decision?
Ms. Ross: When the ARC was founded in 1999, we wanted to present historical works as well as emphasizing 19th-century realism since it had almost been completely forgotten. It was the last period in fine art, the climax of representational art, really, right before the onset of modernism.

In 2000, when we published our list of atelier schools on the website, we became more aware of contemporary artists who were painting in the representational tradition. And those schools began to grow very quickly because there were so many people who really wanted to learn this type of training but who had no idea of where to even find it, or that it existed anymore. We had so many emails starting the same way, saying, “Thank you! Thank you! Thank you!”

In 2004, we decided to have our first competition, and we wanted to open it up to everybody. We wanted to allow as many representational artists as possible to have an opportunity to be noticed, no matter where they study. Everything is purely based on the works. We don’t show the jurors the artist’s name or anything about them, just to keep it as fair as possible.

The Epoch Times: As part of the virtual exhibition, 70 artists submitted interview videos and you edited each one. Can you tell us a bit about them?
Ms. Ross: Even though these videos literally come from all over the world, there’s a common thread. Many of the artists mentioned things like “I wanted to tell a story” or “I paint representational art because I feel it is the best way I can communicate and express myself.” Even though the competition spans different countries, nationalities, and subjects, there’s this idea of expressing oneself through representational art.

In my introductory video that I made for the exhibition, I mention that our entire lives are composed of stories. If someone asks you how your day was today, you usually tell a story: “Oh, I went to the supermarket and this happened.” You’re telling a story as you communicate, and so this idea that representational art tells a story is very primal to our species. It’s how we communicate and how we best express ourselves.

The Epoch Times: This year, the “14th International ARC Salon Exhibition” will be held online at Sothebys.com; please tell us more.
Ms. Ross: We are very excited to be working with a venue like Sotheby’s. Representational art was so out-of-fashion throughout the 20th century that to be able to have a venue like Sotheby’s New York holding this exhibition and promoting representational art gives it legitimacy in the larger artworld. It says: This is something that attains a certain level of accomplishment, and it’s grown to a certain point where it should be recognized. So I think that says a lot.

ARC is currently accepting entries to the 15th ARC Salon through Aug. 14.