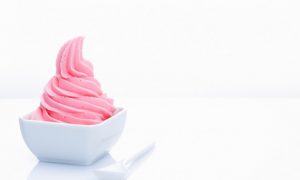 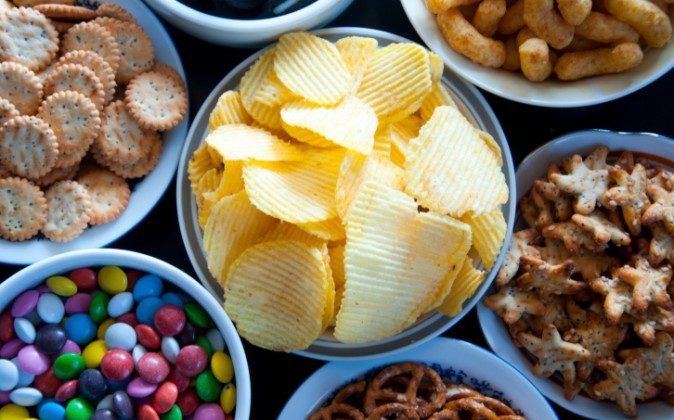 Choosing the worst foods in 2014 was not an easy task because there are so many candidates that contain the Scary Seven! However, I have selected the following seven types of foods that I would love to see disappear from grocery shelves and menus forever. You can do your part by making them never cross your lips again, and here’s why.

According to an October 2014 article in Business Week, the public’s obsession with bacon is booming. The bacon industry generates more than $4 billion in sales per year. A big factor in this unhealthy food habit is the Pork Marketing Board, which conspired with advertisers and marketers to make the pig “a sort of four-legged chicken–a healthy part of any low-fat lifestyle.”

Now let’s get down to reality. Bacon is no friend of your cardiovascular system. One mere ounce of bacon contains 30 milligrams of cholesterol, and half of the fat in bacon is saturated, which is associated with stroke and heart disease.

Then there’s the relationship between bacon, a processed meat, and cancer. The American Institute of Cancer Research notes that when meat is preserved by salting, curing, smoking, or the addition of preservatives, harmful substances called carcinogens can form and lead to the development of cancer.

Let’s not forget the sodium. One strip of bacon contains about 190 milligrams of sodium. That’s close to 10 percent of your daily recommended intake of 2,300 mg.

Grilling and barbequing are favorite pastime for many people, but there are dangers lurking on those grills. The American Institute of Cancer Research evaluated the results of 7,000 studies and reported that grilling any meat, whether it’s red, white, or fish, results in the production of cancer-causing substances.

For example, research from the University of Minnesota indicates that eating charred, well-done meat on a regular basis can increase the risk of developing pancreatic cancer by up to 60 percent. Other research has pointed out a relationship between eating pan-fried red meat and colorectal cancer but none between charred poultry and colorectal, colon, and proximal colon tumors.

The carcinogens are produced when high heat meets the proteins in the meat, leading to the creation of heterocyclic amines. When the juices from these meats hit the coals or other heat source, another type of carcinogen—polycyclic aromatic hydrocarbons—are produced.

If you do eat meat, choose lean varieties and avoid grilling or charring them. Stewing, baking, poaching, and slow-cooking are preferred methods.

Beef jerky is a highly processed food product that should never make its way into your shopping cart. Depending on the brand and flavor of beef jerky you choose, you can be greeted with monosodium glutamate, sodium nitrite, soy sauce (bet those soybeans are GMOs!), polysorbate 80, high fructose corn syrup, and a variety of flavorings from unknown origins.

Okay, but you really like beef jerky? Then you do have two choices. You can find several brands of organic beef jerky on the market. But if you want to take it a step further, make your own jerky snacks for you and your family.

The vast majority of diet bars on the market are highly processed foods that deliver a wealth of artificial preservatives and other Scary Seven ingredients. The Atkins Low-Carb Bars, for example, list artificial flavors several times, plus the artificial sweeteners sucralose and acesulfame potassium in addition to a lengthy list of processed flours, oils (including soybean oil), and proteins.

Although diet bars are marketed as healthful meal replacements, they often contain as much sugar and fat as a candy bar. If you really want to have a diet bar occasionally, there are several organic products available, including those from Bearded Brothers and NuGo. Or reach for a few real nuts and seeds, some fresh or dried fruit, or organic crackers.

True, you can find organic diet shake products such as Amazing Meal by Amazing Grass and Tabor’s Slim & Beautiful Diet Shakes. However, when you read the ingredient panels on most diet shakes (also referred to as weight loss shakes or meal replacement shakes), you will see a litany of chemicals and Scary Seven members, including partially hydrogenated soybean oil, artificial flavors, preservatives, and high fructose corn syrup.

Want to be truly adventurous? Why not make your own diet shakes using all organic ingredients, such as organic yogurt, organic flax or chia, and fresh fruit?

Before you stir that nondairy creamer into your coffee, stop and read the label. Did you know the first two ingredients on powdered nondairy creams are corn syrup solids and partially hydrogenated oil? These substances are usually followed by dipotassium phosphate, mono- and diglycerides, sodium stearoyl lactylate (used to replace sugar and fat), soy lecithin (genetically modified waste byproduct of soy processing) and artificial color.

Liquid nondairy creamers are no better. After water and sugar, the remaining ingredients typically include partially hydrogenated soybean or cottonseed oil, artificial flavor, mono- and diglycerides, dipotassium phosphate, and carrageenan.

Does the thought of adding high fructose corn syrup, trans fat, and preservatives to your cup of java make your mouth water? I didn’t think so.

I believe some people will deep fry anything. From backyard BBQs to county fairs, roadside stand, and restaurants everywhere, you can find deep fried butter, Oreos, watermelon (really!), Pepsi, corn on the cob, ice cream, spaghetti, corn dogs, and more.

The one thing all deep fried foods have in common is high fat content, including saturated fat and trans fat. These negatives are over and above the other dangerous Scary Seven ingredients lurking in the foods themselves.