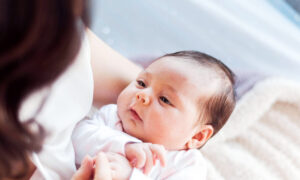 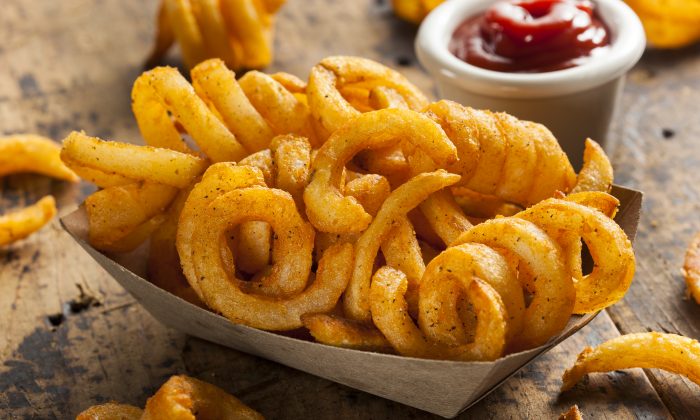 The 15 Unhealthiest Junk Foods in America

Unfortunately, these foods are typically tasty, inexpensive and widely available.

However, research suggests that frequent junk food consumption may lead to food addiction, overeating and obesity.

Here are 15 of the unhealthiest junk foods in America.

Kellogg’s Pop Tarts have been around since the 1960s. These pastries have a sweet filling and are often glazed with an outer coating of frosting as well.

Pop Tarts can be a tempting breakfast choice when you’re short on time. You can store them at room temperature and quickly prepare them in a toaster.

But despite their convenience, Pop Tarts contain highly processed ingredients, including soybean oil and refined flour.

Plus, they are loaded with three types of sugar: refined white sugar, corn syrup and high fructose corn syrup.

All of these consist of large amounts of fructose, a simple sugar that has been linked to an increased risk of several diseases, including diabetes and heart disease.

The nutrition information on the Pop Tarts label refers to the amount in one pastry. However, each package contains two pastries, so this is a more realistic serving size.

This high-sugar, low-protein junk food is a terrible choice to start off your day.

French fries are one of the most popular fast food items around.

In spite of their popularity, these deep-fried potatoes are very unhealthy.

Arby’s Curly Fries are a perfect example. A large order contains 650 calories, 35 grams of fat and 77 grams of carbs, only 7 of which are fiber.

Summary: Arby’s Curly Fries are a deep-fried side dish that contains 650 calories, 77 grams of carbs and 35 grams of fat.

Popeyes is a fast food restaurant chain specializing in fried chicken. One of its newer menu offerings is an item called Handcrafted Tenders.

Although the calories in one serving of tenders seem like a modest number compared to other fast food entrees, this number can increase dramatically after adding dipping sauce, a side and a soda.

In addition to being another deep-fried food, these tenders contain partially hydrogenated oils, more commonly known as trans fats.

Artificial or industrial trans fats are created by adding hydrogen to vegetable oils in order to make them more stable.

Trans fats have been implicated in inflammation, heart disease and obesity, including increased belly fat storage.

Trans fats have been outlawed in Europe and have been removed from most US restaurants and fast food establishments in anticipation of a ban that will be enforced beginning in 2018.

However, at this time, Handcrafted Tenders still contain one gram of trans fat per serving.

Summary: Popeyes Handcrafted Tenders are battered and deep-fried. They also contain trans fats, which are inflammatory and may increase the risk of heart disease and obesity.

Cinnabon is known for the enticing aroma and gooey sweetness of their signature cinnamon rolls.

Classic Cinnabon cinnamon rolls are large and dense, rich in fat and carbs and contain 880 calories each.

But these are not even the most unhealthy item on the menu. That honor is reserved for the Caramel Pecanbon.

The Caramel Pecanbon contains a whopping 1,080 calories, 51 grams of fat and 146 grams of carbs, only 3 of which are fiber.

What’s more, 75 of those 146 grams of carbs come from added sugars. This is over twice the amount of added sugars the American Heart Association recommends as the upper limit for the entire day.

Depending on your personal nutrition needs, the Caramel Pecanbon may very well provide more than half your daily calories and carbs while falling short on vitamins, minerals and other valuable nutrients.

Summary: The Cinnabon Caramel Pecanbon contains more than 1,000 calories and is loaded with fat, carbs and added sugars.

Coffee is a calorie-free beverage that provides a number of impressive health benefits.

However, sweetened coffee drinks should be considered a liquid form of junk food.

This is true for hot coffee drinks like mochas and lattes, as well as for frozen blended coffee beverages. A “grande” (medium) serving of these drinks typically contains 250 calories or more.

The worst Starbucks drink choice is the White Chocolate Mocha Frappuccino with whipped cream. A grande packs 520 calories and 65 grams of carbs, 64 of which come from sugar.

Moreover, research has shown that drinking liquid calories doesn’t trigger the same fullness signals as calories from solid food. Therefore, when you drink something sweet, you’re unlikely to compensate by eating less of other foods later.

Although most junk food can be found in the snack aisle of the grocery store or at fast food chains, there are also some sit-down restaurant items that meet junk food criteria.

Take the Bloomin’ Onion at Outback Steakhouse, for instance.

Although considered an appetizer, it is actually one of the highest-calorie items on the entire menu.

One Bloomin’ Onion consists of a staggering 1,954 calories and 122 grams of carbs. It also contains 154 grams of fat, including more than 7 grams of trans fat, the type you should seek to avoid completely.

While this very large appetizer is meant to be shared by two or more people, even consuming one quarter of this deep-fried dish will still add trans fat and a lot of empty calories to your meal.

Summary: The Outback Steakhouse Bloomin’ Onion appetizer contains more than 1,900 calories, 120 grams of carbs and 154 grams of fat, including 7 grams of trans fat, which has been linked to increased disease risk.

Milkshakes have been popular at fast food restaurants for several decades.

However, today’s shakes are sweeter and larger than ever before, resulting in calorie counts that are much higher than you may expect.

The Oreo Milkshake from Burger King weighs in at 730 calories, which is more than most hamburgers. In addition, it contains 121 grams of carbs, 100 from sugar alone.

Importantly, at least half of this sugar is fructose, which has been shown to contribute to heart disease, insulin resistance, obesity and other health problems.

Corn dogs are a State Fair favorite across the US. They’re made by dipping a frankfurter in cornbread batter and then deep-frying it until golden brown.

The calorie and macronutrient values of corn dogs aren’t as concerning as many other junk foods. One corn dog contains 330 calories, 34 grams of carbs and 10 grams of protein.

However, corn dogs contain processed meat, which several studies have linked to an increased risk of colon cancer and heart disease.

In addition, corn dogs are another food that’s deep-fried in processed vegetable oil.

Summary: Corn dogs contain processed meat, which has been linked to cancer and other health problems, and are deep-fried in processed vegetable oil.

Although most donuts are deep-fried sugary treats, some may be much more harmful to your health than others.

One of the worst is the Dunkin’ Donuts Glazed Jelly Stick, which contains 480 calories, 59 grams of carbs and 25 grams of fat.

The first three ingredients listed are refined wheat flour, sugar and soybean oil, meaning these are present in the largest quantities.

Frequent consumption of refined grains has been linked to some of the same health problems as fructose, including inflammation, insulin resistance and obesity.

Summary: The Dunkin’ Donuts Glazed Jelly Stick is a deep-fried pastry that boasts 480 calories, is high in refined flour and sugar and contains trans fats.

They include dipped cones, sundaes and an extremely popular thick shake with mixed-in ingredients known as a Blizzard.

All of Dairy Queen’s Blizzards are high in calories, carbs and fat. However, one option is truly tops in this regard.

A large Royal Reese’s Brownie Blizzard Treat checks in at a whopping 1,510 calories, 189 grams of carbs and 72 grams of fat.

Its 1.5 grams of trans fats are a combination of partially hydrogenated vegetable oils and the naturally occurring trans fats found in dairy.

Sugar-sweetened soda is one of the unhealthiest liquid junk foods you can consume due to its high fructose content.

In fact, research suggests that consuming fructose in beverage form may be especially risky with respect to heart disease and obesity.

In one study, overweight and obese adults who consumed 25% of calories as fructose-sweetened beverages on a weight-maintenance diet experienced reduced insulin sensitivity, increased belly fat and worsening of heart health markers.

A 16-ounce bottle of soda contains 200 calories and 52 grams of sugar, at least half of which is fructose.

Summary: Sugar-sweetened soda is high in fructose, which has been linked to insulin resistance, belly fat and an increased risk of heart disease.

KFC is a fast food chain famous for its fried chicken.

In recent years, KFC has added other items to their menu, including chicken pot pies and chicken bowls.

The KFC Famous Bowl contains deep-fried chicken, mashed potatoes, corn, gravy and cheese. It contains 710 calories, 82 grams of carbs and 31 grams of fat, which is pretty standard for a fast food meal.

However, deep-frying is one of the most unhealthy methods of food preparation.

McDonald’s is best known for its burgers, including the Big Mac and Quarter Pounder with Cheese.

Although these burgers are high in calories, carbs and fat, their values pale in comparison to those found in a certain McDonald’s milkshake.

A large Triple Thick Milkshake contains 1,100 calories — the number you’d find in twoBig Macs. In addition, it has 193 grams of carbs, 135 from sugar.

This is at least three to four times the amount of sugar you should consume for the whole day.

The small amount of trans fat in this product occurs naturally in the milk and doesn’t carry the health risks that industrial trans fats do.

However, this shake’s extremely high calorie and sugar counts make it one of the unhealthiest junk food choices on the entire McDonald’s menu.

Mrs. Field’s cookies are a shopping mall staple across the US.

In addition to providing a large variety of cookies, the Mrs. Field’s chain recently added Cookie Cups to its menu.

Cookie Cups are a cross between a cookie and a cupcake. The dough is cookie-like but is shaped like a cupcake and generously topped with frosting.

All flavors of Cookie Cups contain between 460–470 calories and 56–60 grams of carbs, most of which come from refined flour and sugar.

However, most concerning is the trans fat content of 3 grams per Cookie Cup. This is quite high, particularly at a time when most food manufacturers are removing all trans fats from their products.

Cold Stone Creamery is known for its mix-in concept, in which sweet and crunchy additions are mixed into soft ice cream rather than sprinkled on top.

Although mix-ins can make the ice cream even tastier, they also increase the number of calories, sugar and fat in a product that’s already extremely rich.

Many of the creations at Cold Stone would qualify for this list of unhealthiest junk foods. But the Mud Pie Mojo — made with coffee ice cream, Oreo cookies, peanut butter, almonds and chocolate fudge — deserves a special mention.

Due to the number of mix-in ingredients, it’s difficult to determine whether the 1.5 grams of trans fat in each serving is solely the type that occurs naturally in dairy.

Summary: Cold Stone Creamery’s Mud Pie Mojo consists of 1,240 calories, 80 grams of fat and 123 grams of carbs in a large serving. In addition, it may contain some industrial trans fats.

Tantalizing junk food can be found everywhere these days and in ever-growing portions. There is no escaping this fact.

However, some of these foods are much higher in calories, refined carbs, processed oils and other unhealthy ingredients than their alternatives.

If you indulge in junk food occasionally, try to avoid those with the most potential to harm your health.

This article was originally published by www.authoritynutrition.com