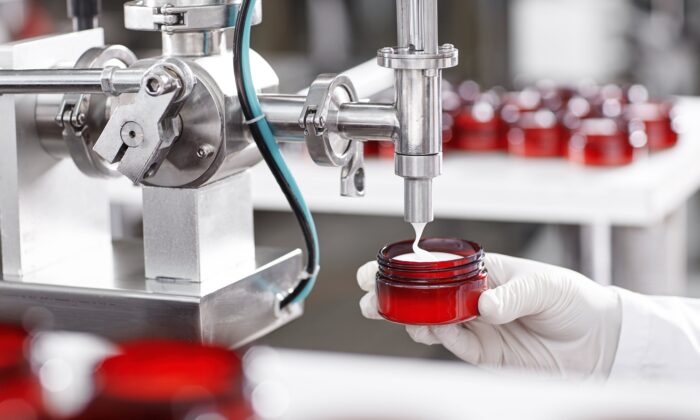 Industrial chemicals known to be hazardous to us remain prevalent in our products and environment. (WAYHOME studio/Shutterstock)
Mind & Body

The 12 Worst Endocrine Disruptors in Your Body

Endocrine disruptors are scary. These synthetic chemicals are absorbed into the body and either mimic or block hormones and disrupt the body’s normal function.

Unfortunately, endocrine disruptors are in many products, as the Environmental Working Group’s (EWG) Dirty Dozen List of Endocrine Disruptors reveals. The list includes the worst endocrine disruptors. Since these 12 are so scary and so pervasive, the following is an overview of what each one is and how to avoid exposure.

BPA, which stands for bisphenol A, tops the list. It’s used to make polycarbonate plastics, including plastic dinnerware and some toys. BPA epoxy resins are used to line food cans. It has been linked to breast and other cancers and shown to affect the reproductive systems of laboratory animals. A Centers for Disease Control study of 2,517 participants ages 6 years and older found BPA in the urine of almost all of the people tested.

The best way to avoid BPA exposure is to swap canned foods for fresh ones or look for BPA-free canned foods, often available in most natural food stores. Some products now tout being BPA-free, but be warned, many replacements, such as BPF, BPS, appear to be just as bad.

Dioxins make the No. 2 spot; they are a class of chemical contaminants formed during combustion processes such as waste incineration or some industrial processes, including paper pulp bleaching. People are mainly exposed to dioxins through eating contaminated food and through feminine hygiene products. Dioxins have been found to cause reproductive and developmental problems, interfere with hormones, and damage the immune system.

All people have background exposure to dioxins and a certain level of them in the body, according to the World Health Organization. The food found to be contaminated the most with dioxins includes meat, milk, eggs, butter, and fish, which means the best way to reduce exposure is to eat fewer animal products.

Atrazine is one of the most widely used herbicides in the United States. It’s mainly used on corn, sorghum, and sugarcane and is applied most heavily in the Midwest. The pesticide has been banned in the EU. A 2009 analysis of drinking and surface water by the Natural Resources Defense Council (NRDC) found “pervasive” contamination across the Midwest and South. Atrazine was found in 80 percent of drinking water samples taken in 153 public water systems. All of the 20 watersheds sampled in 2007 and 2008 contained atrazine. Sixteen of the watershed samples had average concentrations higher than the level shown to harm plants and wildlife.

The best way to avoid atrazine exposure is to buy organic produce and get a drinking water filter.

Phthalates are a group of chemicals used to make plastics more flexible. They are used in all sorts of products, including vinyl flooring, adhesives, plastic clothes (raincoats), garden hoses, inflatable toys, and some personal care products (soaps, shampoos, hair sprays, and nail polishes). Some studies show that phthalates cause gender confusion in children exposed to them. A study of 145 preschool children found that mothers with high concentrations of two common phthalates in their prenatal urine had sons less likely to play with male-typical toys and games.

Perchlorate is both naturally occurring and a man-made chemical used to make rocket fuel, fireworks, flares, and explosives. The Environmental Protection Agency (EPA) acknowledges that it may have “adverse health effects” because studies indicate it can disrupt the thyroid’s ability to produce the hormones that are needed for normal growth and development. Both EWG and government test data found that perchlorate is found in much of the produce and milk in the United States.

It’s almost impossible to avoid exposure, but you can reduce potential effects by making sure you have enough iodine in your diet.

The EPA classifies chemicals in some fire retardants as “persistent, bioaccumulative, and toxic to both humans and the environment.” The NRDC calls flame retardants a “classic example of a stupid use of a chemical.” Studies have linked these chemicals to lower IQ and other serious health effects.

There are several ways to avoid exposure, including using a vacuum cleaner with a HEPA filter, and being careful if you replace the old carpet.

Lead affects almost every organ and system in our bodies. Children 6 years of age and younger are particularly vulnerable to the effects of lead, but adults and older children can also be affected. The EPA lists a number of ways to avoid lead, which include inspecting and maintaining painted surfaces to prevent deterioration, cleaning debris out of outlet screens or faucet aerators on a regular basis, and washing children’s hands and toys often.

Another way to reduce exposure is through eating a healthy diet because studies show that children who eat healthier absorb less lead.

When you think of arsenic you are probably likely to think of murder by poisoning. However, arsenic is found in some drinking water supplies. It can cause skin, bladder, and lung cancer.

The best way to reduce exposure is by using a water filter that lowers arsenic levels.

Mercury is an element that occurs naturally and is found in air, water, and soil. Even just being exposed to a small amount can cause serious health problems and could be a hidden risk in your home. The World Health Organization (WHO) considers mercury to be one of the top 10 chemicals that are a major public health concern. It gets into the air and oceans mainly through burning coal, according to the EWG.

Perfluorinated chemicals (PFCs) are used to make non-stick cooking ware. The EPA is concerned about PFCs because they are found all over the world in the environment, wildlife, and people. They have been found to be toxic to laboratory animals and wildlife. Exposure to PFCs is widespread.

Ditching non-stick pans and avoiding water and stain-resistant clothing, furniture, and carpets are the best ways to avoid exposure.

Organophosphate pesticides affect the nervous system by disrupting the enzyme that regulates the neurotransmitter, acetylcholine. The Pesticide Action Network is particularly concerned about them as a number of fruits and vegetables are contaminated with these toxic pesticides.

Buying organic produce is the best way to avoid exposure.

Last but not least, glycol ethers are in a number of household products, including cleaning products, liquid soaps, and cosmetics. Animal studies have found reproductive and developmental effects from inhalation and oral exposure to glycol ethers.

You can avoid exposure by reading labels and looking for ingredients such as 2-butoxyethanol (EGBE) and methoxydiglycol (DEGME).