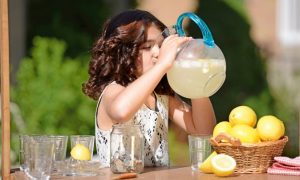 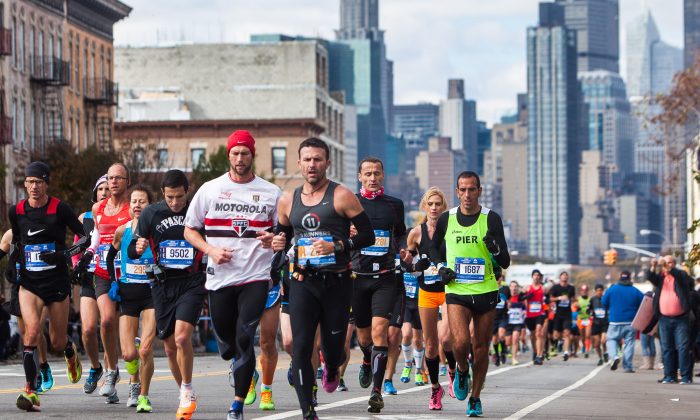 The only mineral that you need to replace during exercise lasting longer than three hours is sodium, found in common table salt. You do not need to take extra potassium, magnesium, or any other mineral during exercise.

The definitive studies on minerals and exercise were done during World War II. Dr. James Gamble of Harvard Medical School paid medical students to lie on a raft in his swimming pool, take various amounts of fluids and salt, and have blood drawn to measure salt and other mineral levels. He showed that you have to take a lot of salt when you exercise for several hours, particularly in hot weather.

For many years after that, every student at Harvard Medical School heard Dr. Gamble give his lectures on minerals and exercise, and today, most serious medical students still read the Gamble lectures published in 1958, since nobody has improved on his research.

Salt but Not Salt Tablets

After Dr. Gamble published his studies, people who worked or exercised in the heat were given salt tablets. Then doctors became concerned because they thought that a person could have his blood pressure raised by taking in too much salt. Some people would vomit from the high concentration of salt from salt pills in their stomachs.

Eating salty foods and drinks when you exercise for more than three hours is unlikely to raise blood pressure.

However, salt restriction can cause people to suffer heat stroke and dehydration during hot weather exercise.

Eating salty foods and drinks when you exercise for more than three hours is unlikely to raise blood pressure. Doctors do not recommend salt tablets today because they can burn holes in your stomach and cause nausea and vomiting.

When You Need Extra Salt

If you don’t take salt and fluids during extended exercise in hot weather, you will tire earlier and increase your risk for heat stroke, dehydration, and cramps. The rule is that people who are going to exercise vigorously for more than three hours continuously should take some source of salt while they are exercising. Salty drinks taste awful, so it is easier to meet your needs with salted foods.

If you plan to exercise for more than a couple hours in hot weather, drink 1 or 2 cups of the liquid of your choice each hour and eat a salty food such as salted peanuts, potato chips, or any other salty food.

Not taking in enough salt when you exercise for more than three hours in hot weather can prevent you from retaining the water that you drink. It can also block thirst, so you may not know that you are dehydrated. Thirst is a late sign of dehydration.

In one study, female competitive distance runners took in drinks with different concentrations of salt during a four-hour run. Ninety-two percent of those who took in plain water with no additional salt developed low blood levels of salt.

Taking in fluid without also taking in adequate amounts of salt dilutes the bloodstream so that the concentration of salt in the blood is lower than that in brain cells. This causes fluid to move from the low-salt blood into the high-salt brain, causing the brain to swell, which can cause seizures and death.

This is called hyponatremia, the low-salt syndrome that can kill. It is usually caused by taking in far too much fluid, rather than from not taking in enough salt.

Taking extra salt just prior to competition can help you exercise longer and harder. Fatigue during hot-weather exercise is caused by lack of water, salt, sugar, or calories. Of the four, exercisers are most ignorant of their salt needs.

Taking extra salt just prior to competition can help you exercise longer and harder.

Always replace fluids, salt, sugar, and protein after you exercise in hot weather. Just salting your food to taste should replace the salt you lose through heavy sweating. If your kidneys are normal, you should be able to rid yourself of any excess salt that you may take in.

Do You Need More Salt?

Salt deficiency causes tiredness, lethargy, and cramps. It also weakens muscles, causing you to slow down and lose strength. If you suffer any of these symptoms, you can get a blood test for sodium and chloride on the day after a hard workout.

Low blood levels of sodium are most likely to occur on the morning after you have replaced fluid lost from heavy exercise. If your blood sodium level is below 135, you are deficient and need to add more salt to your food.

Salt deficiency causes tiredness, lethargy, and cramps. It also weakens muscles, causing you to slow down and lose strength.

Vegetarians and people who limit meat are at increased risk for salt deficiency because plants are naturally low in salt. Meat, fish, and chicken naturally contain far more salt. Most processed foods are high in salt because manufacturers know that salt makes food taste good and is also a preservative.

The North American diet typically contains up to 10 times the minimal daily salt requirement. If you doubled or tripled your salt losses through sweating, you may still not be deficient because you probably take in far more salt than you need.

If you do not exercise, you do not sweat very much, and you do not need very much salt. Too much salt can increase blood volume, which may raise systolic blood pressure.

Being fat is the primary cause of elevated diastolic blood pressure. On the other hand, if you exercise vigorously, you sweat tremendously and lose a lot of salt. Without extra salt during prolonged, vigorous exercise, you will not perform at your best, you will not recover from your hard bouts of exercise, and you will be more likely to be injured or tired all the time.

Gabe Mirkin, M.D., has been a practicing physician for over 50 years. He is board-certified in sports medicine, allergy and immunology, pediatrics, and pediatric immunology. This article was originally published on DrMirkin.com. Subscribe to his free weekly Fitness & Health newsletter on DrMirkin.com/weekly-ezine