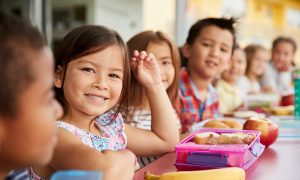 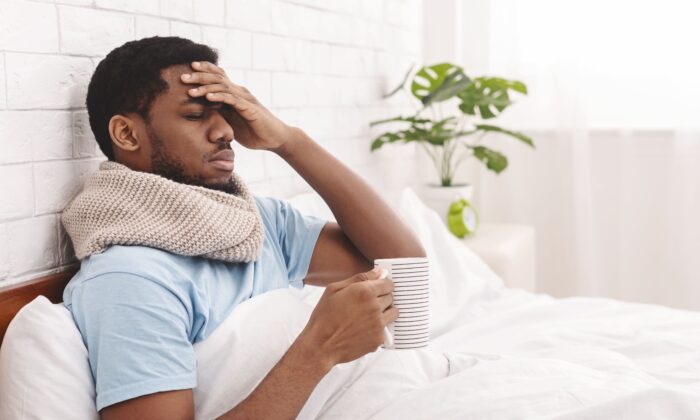 You might feel terrible when you are ill, but that emotion could be just what you need. (Prostock-studio/Shutterstock)
Mind & Body

That weary feeling that sets in with an illness is an emotion that helps you fight off infection, researchers say.

Slack facial muscles and drooping eyelids appear early. Exhaustion, loss of appetite, and increased sensitivity to cold and pain come on. Those signs are among a long list of features that researchers have linked to the emotion of being sick, which the authors label lassitude, a now little-used term for weariness from 16th-century Latin.

In a paper in the journal Evolution and Human Behavior, researchers argue that the state of being sick qualifies as an emotion following a review of the literature on sickness behavior, most of which focused on behavioral and physiological changes in animals.

In the paper, the researchers merge the accrued knowledge from 130 published studies and proposed that lassitude is a complex adaptation, like the immune system, that evolved to help people fight infectious disease.

“The immune system clearly helps us fight off infections, but activating the immune system costs a lot of energy,” said lead author Joshua Schrock, a doctoral student at the University of Oregon. “This cost creates a series of predicaments for the body’s regulatory systems.”

“Lassitude is the program that adjusts your body’s regulatory systems to set them up for fighting infection,” Schrock said. “These adjustments make you feel sadder, more fatigued, more easily nauseated, less hungry, and more sensitive to cold and pain.”

Lassitude, the researchers write, persists until the immune response subsides. During that response, the body calls upon various mechanisms to coordinate the fight against infection, which, they note, can trigger symptoms resembling psychological depression.

During the battle, lassitude coordinates adjustments to patterns of movement, risk avoidance, body temperature, appetite, and even how a person elicits caregiving behavior from social networks.

Lassitude, the researchers write, “modifies the cost-benefit structure of a wide range of decisions.” Those who are ill place lower value on food and sex, for example, and often prefer to avoid social and physical risks.

“When threat levels are high, the system sends a signal to various motivational systems, configuring them in ways that facilitate effective immunity and pathogen clearance,” the researchers write in their conclusion. “We believe that investigating the information-processing structure of lassitude will contribute to a more complete understanding of sickness behavior, much like the information-processing structure of hunger helps us understand feeding behavior.”

While the paper focused primarily on illnesses that bacteria, viruses, parasitic worms, and protozoans trigger, they also theorized that other situations—such as injuries, poisoning, and chronic degenerative diseases—may present similar adaptive problems.