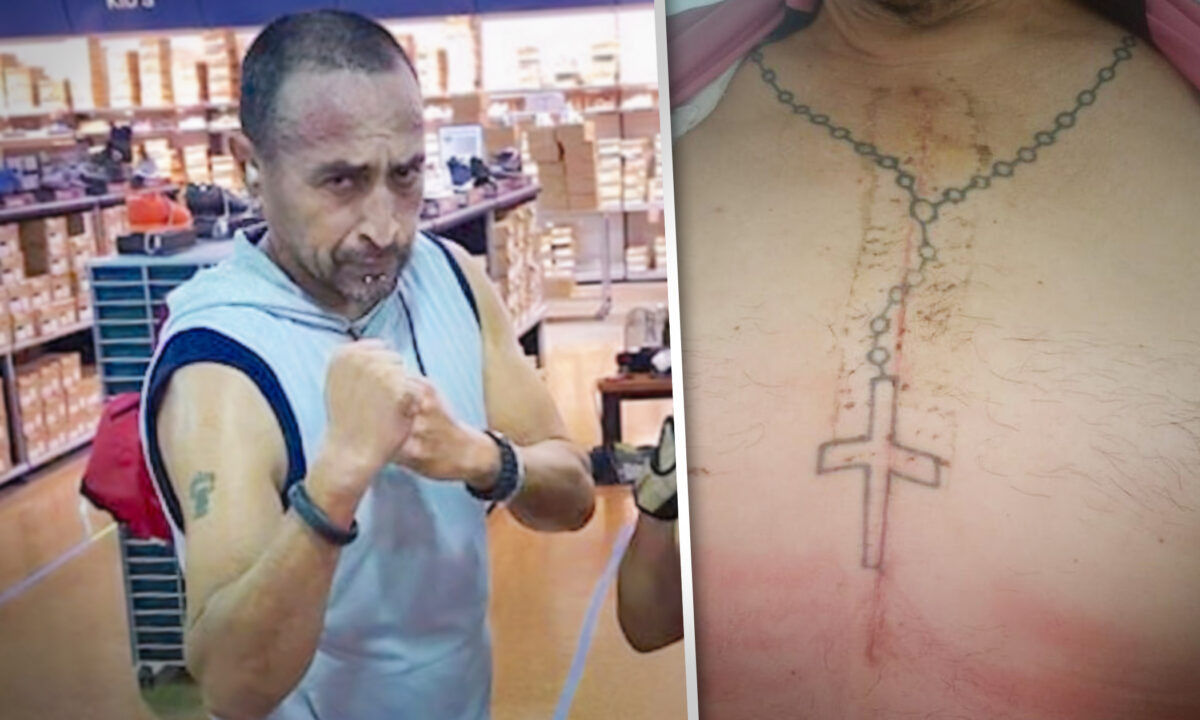 After a near-death experience—collapsing during a fitness class in a Texas gym—Alvino Santana is thankful to be alive, and knows that each day is a gift.

The 56-year-old from Katy almost died last October while teaching a kickboxing class in an L.A. Fitness in West Houston. Suffering a cardiac arrest, for a few moments his heart stopped.

Despite clinically dying at the gym, Santana was saved thanks to the skilled emergency resuscitation efforts of gymgoers, who shocked him several times with an AED and performed CPR on him.

When he came to, Santana had no idea what happened.

“All I hear is that I was down,” he later told Fox5. “No recollection whatsoever, but I heard that some of the guys over at the gym got to performing CPR on me, slapped the AED on, and my understanding is that I was shocked about four times before they detected some sort of heart rhythm.”

“There’s a critical aspect to his recovery, which is that he had what we call a ‘witness arrest,’” said Dr. Michael Macris with Memorial Hermann Memorial City Medical Center. “Even though in general bystander CPR, the cardiac survival is very low. In his case, he was witnessed by people who knew CPR and they had the availability of an AED, an external defibrillator, to shock him back very promptly.”

Dr. Macris worried that the lack of oxygen to Santana’s brain during the ordeal could have rendered him brain-dead, which would have made him an organ donor.

But Santana still needed open heart bypass surgery; thankfully, he was still in the hospital. During the operation, Dr. Macris made an incision straight through a rosary cross tattooed over Santana’s chest—a fortuitous sign, according to the doctor.

“Having to cut through that cross to do the cardiac surgery, I’m really sure I’ve never done that before,” Dr. Macris said. “You see a man with a giant rosary on his heart, he’s got some kind of faith somewhere. Happily, it all got put back together in more ways than one, so when you see it, you’ll be convinced of some kind of a Christmas miracle.”

Today, Santana is appreciating each day, having gotten a second chance at life—whether it be “waking up every single morning, seeing sunlight, hearing the rain pitter-patter out there, feel the cold weather sometimes.”

The kickboxing instructor told The Epoch Times that he’s “just itching to get back to work,” but that he can’t do that until he sees the cardiologist next month.

“If I can reach at least one person, I say smile and enjoy your life every day like it’s your last, tomorrow is never guaranteed for anybody,” he added.