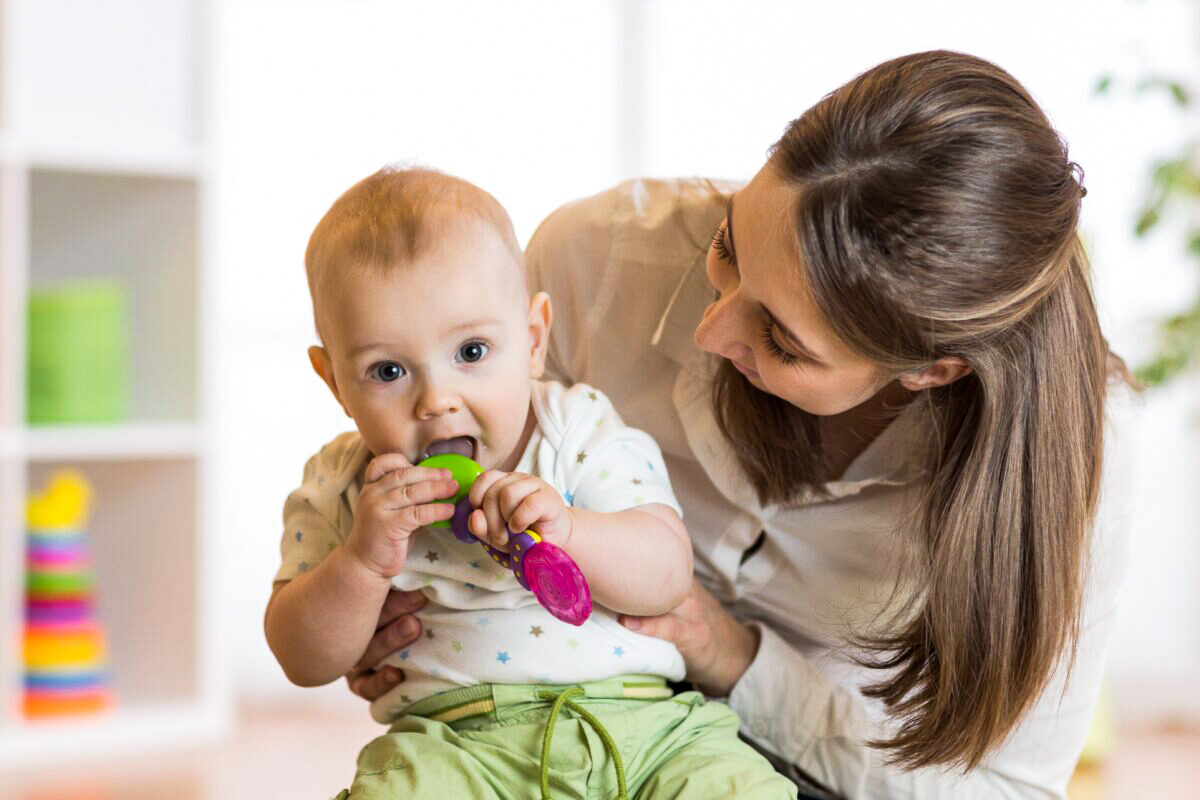 Many illnesses are blamed on teething, but are actually due to the expiration of maternal antibodies. (Oksana Kuzmina/Shutterstock)
Mind & Body

Teething Does Not Cause …

Teething is an important and often misunderstood stage
BY Parnell Donahue
TIMEOctober 19, 2021

Many studies have confirmed that teething does not cause irritability, chewing, drooling, coughing or diarrhea and only very rarely causes fever. Yet parents are frequently concerned that their otherwise healthy babies are drooling, chewing on everything they can get in their mouths, or have diarrhea, vomiting, or symptoms of colds. Even more troublesome, some parents rub all sorts of substances—creams, jellies, even brandy—on their baby’s gums.

In 2018, the American Academy of Pediatrics (AAP) reaffirmed its policy statement telling parents not to use so-called “teething gels or creams” to treat teething in young children. Since that time, manufacturers have stopped using toxic lidocaine in these products because it can cause seizures, brain injury, heart problems, and even death. But retailers continue to sell a bevy of objects for teething babies to chew and creams and jellies to rub on a baby’s gums to relieve teething symptoms.

Before purchasing such products, let’s have a look at what these “symptoms” really represent and see what, if anything, is needed.

During infancy, babies learn through their mouths. This early learning is so important that I call the babies’ mouths their learning centers.

Picture this: Baby Girl is lying in her crib and by chance, her hand falls into her mouth. Baby licks it, sucks on it, pulls it out, looks at it, and wonders, “What is this thing?” “Where did it come from?” Then she drops her sweet little hand and it lands again in her mouth. She gums it a little harder and pulls it away as she realizes that hurts. She soon realizes that thing is part of her. She’ll also lick and suck her fingers, her thumb her forearm, even her toes. ”Wow,” she thinks. “I have a lot of parts.”

Pacifiers block the schoolhouse door, which slows learning, especially speech development! It’s okay to use a pacifier while baby is sleeping as some studies show it might reduce the risk of sudden infant death syndrome. And the AAP says pacifiers may be used during sleep, but during waketime, babies should have their personal learning centers open and ready for use as much as possible.

Chewing on things helps your baby figure out what is part of them, what is food, and what is something that needs more study.

You may have seen babies with swollen, red, sometimes black and blue gums that look sore. If your gums looked like that, the last thing you would want to do is chew on a pretzel or eat an apple. Consequently, a baby may refuse a teething ring put in its mouth, or move it to a place that doesn’t hurt.

Teething rings will teach your baby about teething rings, but they won’t help her teeth come in or alleviate any pain. They are much more likely to cause pain.

How many times have you picked up a baby only to have her drool what seems like gallons of saliva all over your shirt or blouse? If you have a baby or have had a baby, you know what I mean. “Oh she’s teething,” your well-meaning neighbor will say with a laugh.

At about 6 months of age, babies need more nourishment than they can get from milk. More saliva is required to swallow and properly digest the new foods. Wise Mother Nature knows that, so expect that near 6 months of age your infant will start to make more saliva, much of which drools down her chin. Likewise, she’ll develop teeth needed to chew the new foods. After several weeks of practice, she’ll learn how to get the food and the saliva into her stomach without looking like a rabid puppy. Next time your neighbor says your baby is teething, you can laugh and say “Yep,” and let it go.

Colds, vomiting, and diarrhea are not caused by teething.

During pregnancy, antibodies are transferred from the mother to her baby through the placenta. Antibodies are produced in response to illnesses the mother has had and from immunizations she has received. They are active in the baby until he’s about 6 months old and keep him from developing many illnesses. That’s one of the reasons obstetricians need to know what illnesses and vaccines mom has had and will recommend and give her any immunizations needed.

About 6 months after birth, first teeth appear, antibodies start to disappear, and babies become susceptible to illnesses. Colds, vomiting, and diarrhea, often with low-grade fever, are common at this age. The good news is that babies can now make their own antibodies and cure themselves.

Before scientists learned about antibodies and their transfer from mother to baby, many people, including doctors, attributed these illnesses to teething. I call these “Old doctor’s tales.”

Teething does not cause high fever and sick-acting babies.

We all have bacteria and viruses in our mouths that can penetrate our gums and enter our bloodstream when we brush our teeth or eat coarse foods. In healthy individuals, these germs are filtered out in the lungs and no harm comes. Infants can experience this same phenomenon when a tooth erupts, which can cause a short, low-grade fever.

Whereas a fever is a concern in any infant, babies who have just popped a new tooth, do not appear sick or uncomfortable, and continue to eat and chew on things are not a worry; a baby who has a fever and is not eating and active, or looks sick, should see his pediatrician regardless of the state of his teeth.

The next time you see a baby chewing on his hand and drooling, know that he’s starting to learn about the world and reminding you to leave all the “teething” creams, gels, and devices in the store and start his college fund!

Parnell Donahue
Follow
Dr. Parnell Donahue is a pediatrician, a military veteran, and the author of four books, a blog, and ParentingWithDrPar.com. He writes The Parenting Matters Podcast and is host of WBOU's "Parenting Matters" show. He and his wife, Mary, have four adult children; all hold PhDs, two are also MDs. Contact him at Parenting-Matters.com.
SHARE
EmailCopyFacebookTweet
You May Also Like 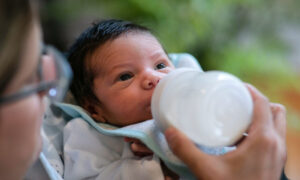 Mind & BodyBy Katabella Roberts
Babies Could Have at Least 10 Times More Microplastics in Their Bodies Than Adults: Study
10-5-2021
sharecomments 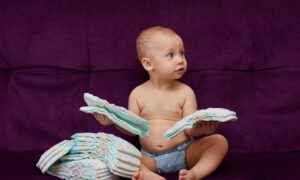 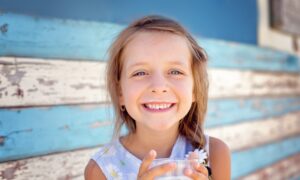 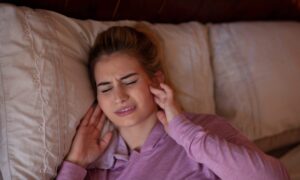