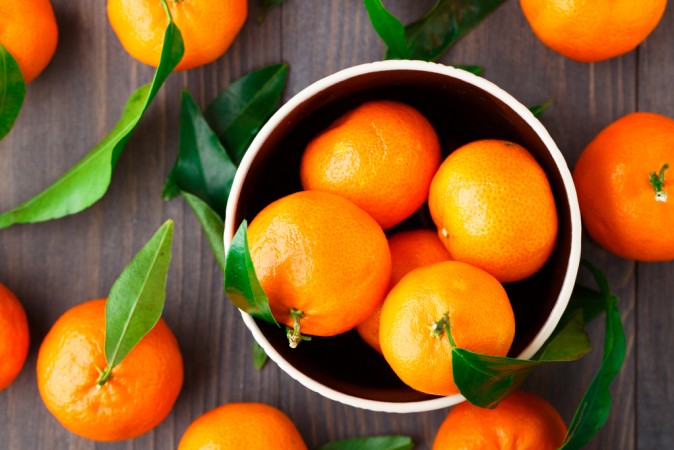 All oranges have amazing health benefits.  Tangerines are a particularly popular orange and a handy treat.  Research shows tangerines may also have potent health effects in a wide range of chronic conditions from obesity to cancer.

According to researchers from The University of Western Ontario, tangerines contain a substance that not only helps prevent obesity, but also protects against type 2 diabetes.  This compound even combats atherosclerosis, the underlying cause of most heart attacks and strokes.

Their research, published in the journal Diabetes, reveals that tangerines contain a powerful flavonoid known as nobiletin.

To study the effects of nobiletin on metabolic syndrome in humans, researchers fed mice a Western diet high in bad fats and simple sugars. One group of mice became obese.  They showed all the signs associated with metabolic syndrome.  They developed elevated cholesterol and triglycerides, high blood levels of insulin and glucose, and a fatty liver. Metabolic syndrome significantly increases the risk of cardiovascular disease and type 2 diabetes.

The second group of mice ate the exact same diet but researchers added nobiletin. Those mice experienced no rise in their levels of cholesterol, triglycerides, insulin or glucose, and gained weight normally. In addition, the mice became much more sensitive to the effects of insulin.

According to the researchers, nobiletin was shown to prevent the buildup of fat in the liver by stimulating the expression of genes involved in burning excess fat, and inhibiting the genes responsible for manufacturing fat.

The authors claimed the mice were basically protected from obesity.  In longer-term studies, nobiletin also protected the animals from atherosclerosis.  They called for future studies to see if nobiletin might offer a suitable treatment for metabolic syndrome and related conditions in people.

Prior studies by the same researchers drew international attention with the discovery of a flavonoid in grapefruit called naringenin.  It offers similar protection against obesity and other signs of metabolic syndrome. But according to the researchers, nobiletin is 10 times more potent than naringenin, and has the added ability to protect against atherosclerosis.

“Tangerine” is a marketing term for a type of mandarin orange, botanically classified as Citrus reticulate Blanco.  Other varieties of mandarins include Satsuma, Clementine, and Dancey.  Mandarins are native to southeast Asia.  They were referred to as tangerines because they shipped to America from the North African port of Tangiers.

Mandarin oranges also contain a compound known as tangeretin.  A flavonoid, tangeretin has been found to inhibit the growth of leukemia.

Both tangeretin and nobiletin have been found to fight breast cancer cells.

Mandarin oranges are generally sweeter than other citrus fruits.  They have a bright orange skin that peels easily.  Some varieties are seedless but others have seeds.

Want to increase the nobiletin and tangeretin in your diet? Eat the tangerine but don’t forget the skin. The healthiest compounds in citrus fruit are in the rind and zest. Toss the minced rind or zest into marinades, salads and desserts.

*Image of “tangerines” via Shutterstock