Take Good Care of Your Qi 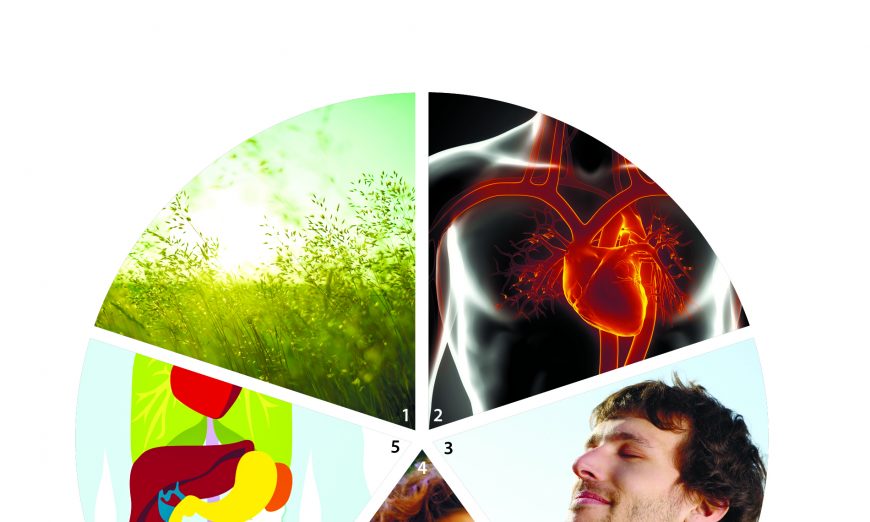 The term 'qi' refers to many things including: 1. The energy that circulates around us. 2. The energy inside our body that warms and cools us. 3. The air we breathe. 4. Our emotions. 5. The energy that maintains the functions of every organ. (photos.com)

Qi is no longer a strange word to many in the West, thanks to people like Dr. David Eisenberg. His book, titled “Encounters With Qi,” describes his experience as the first American physician allowed to visit China after President Nixon’s efforts to open communication between the United States and China.

Bill Moyer’s TV series exploring healing arts in the East has also contributed to Western awareness of the concept of qi.

Still, many people have asked me, “What does qi really mean?” Well, in the Chinese language, qi has multiple meanings.

First, it means the energy that circulates around us. For different seasons, different qi is dominant. For example, there is wind for the spring, heat for the summer, dampness for the late summer, and dryness for the fall. In the winter, we feel there is a cold qi in the air.

Second, it refers to the energies that manifest inside our bodies. We can feel them. Blood and fluids circulate in the body as if there is wind moving them around. Some people feel coldness in their extremities, sometimes to the point that they have to wear socks to sleep.

Some people feel heat as if they are having a fever, menopausal hot flashes, or the heat that follows chemotherapy for breast or prostate cancer. When people have too much dampness in the system, it manifests as swollen joints, a thick greasy coating on the tongue, diarrhea, or a sense of heaviness in the body.

Third, qi means emotions. When someone is very angry, we say this person has a “sky-rocketing anger qi,” and when a person is very happy, we say he is bathed in the joyful qi. Indeed, the emotions are forms of energy, and therefore forms of qi.

Fourth, it means the air. When people breathe, we say they breathe in qi and breathe out qi.

Fifth, it means the energy that maintains the functions of every organ. Therefore, the heart has the heart qi, the liver has the liver qi, the blood has the blood qi, and the digestive system has its qi. When it moves in the right direction, sufficiently, and with balanced properties, we have a healthy body and a peaceful mind.

When qi is in trouble, the body gets sick and becomes dysfunctional. For example, when qi moves in the wrong direction or becomes rebellious, people may feel nauseous and short of breath, or they may vomit, wheeze, and cough.

When qi is collapsing, people may have trouble controlling their bowels and bladder, or have prolapsed organs. When the properties of qi are out of balance, people experience all kinds of symptoms, including chills, fever, tremor, swollen joints, night sweats, high blood pressure, depression, mania, or agitation and anxiety.

Qi circulates in every level of our bodies, from the surface to the inside; it reaches everywhere and leaves nothing untouched. It moves inside channels that we call meridians. The structure of meridians is still too microscopic to be visible using modern technology.

But the forefathers of Chinese medicine had the technology or the natural ability to visualize and map this energetic level of human existence. They discovered that if we experience emotional distress, our internal energy is affected, causing blockages and misdirected qi.

If the condition is not corrected, it may cause further damage by developing into severe pain, a tumor, blocked arteries, cancer, or degenerative changes, and the like. As you can imagine, the human body has many places where energy can get blocked.

When qi is deficient, it may cause weakness, slow metabolism, aging, and organ failure. And when it finally disappears, we die.

Therefore, to promote good health, prevent illness, and slow down the aging process, we must take good care of our qi.

There are two kinds of qi. One is inherited from our parents at the time of conception. It is called prenatal qi and is mostly stored in the kidney meridians. Prenatal qi is used in reproduction and then passed to offspring. The second is postnatal qi, which is mostly obtained from food and air, thanks to the functioning of the lung and spleen meridians.

To maintain prenatal energy, protect, preserve, and replenish it as much as you can. To maintain postnatal energy, one should eat a healthy and balanced diet, avoid excessive eating or drinking, sleep well, and adopt a moderate level of physical exercise. Consider meditation and appropriate qigong practice. Managing one’s emotional stability is the key to keeping the energy channels open and energy flowing smoothly.

Acupuncture can be an effective tool to help unblock the energy channels, redirect and facilitate energy flows, and balance energy properties when it is used skillfully based on a thorough and accurate evaluation. As a major qi-intervention tool, acupuncture works on both the body and mind. Herbal remedies, when used properly, can help as well, in particular, to supplement deficient qi.

So ask yourself, “Did I take good care of my qi today?”

Dr. Yang is a leading physician, board-certified psychiatrist, and international expert on classic forms of Chinese medicine. He is a fourth-generation teacher and practitioner of Traditional Chinese Medicine (TCM), specializing in acupuncture.