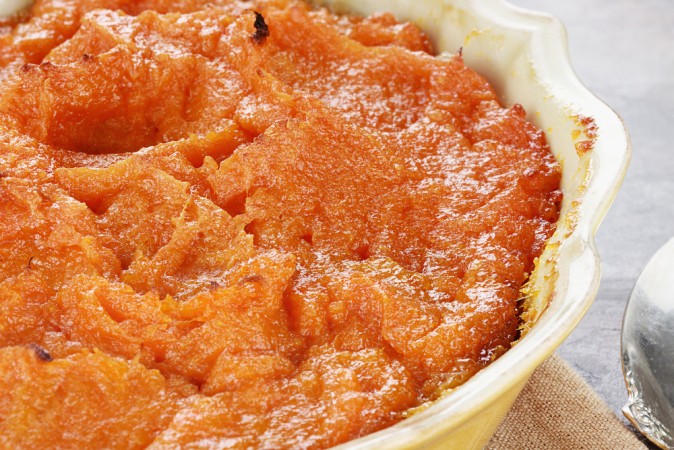 For many of us, sweet potatoes are a once-a-year decadent marshmallow-laden addition to an already overwhelming Thanksgiving menu. But there is no need to feel guilty about eating these hearty and healthy root vegetables and no need to limit them to the holidays. They can be an everyday treat and healthy upgrade to regular potatoes.  And adding maple syrup can boost nutrition and flavor.

What’s the Difference Between Sweet Potatoes and Yams?

The name “yam” was given to a thicker skinned, moist, sweeter, orange-fleshed variety in the mid 20th century to distinguish it from the yellow, less sweet variety which predominated in the market at that time. The word “yam” comes from the African “nyami” which are true yams and are not grown at all in the United States.

Sweet potatoes are native to Central America and have been cultivated for over 10,000 years. Christopher Columbus introduced them to Europe and from there they spread to the rest of the world.

An excellent source of vitamins A, C and B6, sweet potatoes are also a great source of fiber. In addition, because of their sweet flavor, adding them to your diet can help prevent sugar cravings.

Some varieties of sweet potato are sweeter than others. Using the moist, orange-fleshed variety often marketed as “yams,” reduces the need to add sweeteners to recipes.  But a hint of maple syrup can add lots of flavor and some great minerals.

According to a researcher at the University of Rhode Island maple syrup has more than 20 antioxidant compounds that may have anti-cancer, anti-bacterial and anti-diabetic properties.  The researchers believe that because the sap is just under the bark which is exposed to sunlight, maple syrup contains phenolics, the anti-oxidants also found in olive oil and berries.

It has long been understood that pure maple syrup is rich in minerals and an excellent source of manganese and zinc. Manganese is a trace mineral with a long list of health benefits, including maintaining healthy bones and nerves, synthesizing cholesterol, maintaining normal blood sugar levels and promoting healthy thyroid function.

Zinc is an anti-oxidant and also has heart protective qualities that can slow the progression of atherosclerosis. Both minerals support the immune system.

Maple syrup is unique to the northeast region of North America. Canada is the biggest producer and the United States is the biggest consumer although production is only one-fifth what it was 100 years ago.

The process of making maple syrup comes from a tradition of the North American Indians, who made incisions into trees with their tomahawks and condensed it into syrup either by plunging hot stones into the sap causing excess water to evaporate, or by freezing the sap and removing the frozen water layer.

Many consumers don’t opt for pure maple syrup because of its more expensive price tag and settle for “maple flavored syrup” or “pancake syrup” which is often full of high fructose corn syrup.  As with any concentrated sweetener, pure maple syrup should be used sparingly, so it’s definitely better to splurge on the best quality if you can afford it.

The following simple recipe from The Frugal Gourmet Cooks American by Jeff Smith, combines sweet potatoes with the richness of pure maple syrup for a traditional Thanksgiving dish you can enjoy all year.

Boil the sweet potatoes in their skins until nearly cooked through. Cool slightly, peel, slice and place in a baking dish. Bring maple syrup, butter, salt and apple cider to a boil and pour over the sweet potatoes. Bake at 300 degrees, uncovered for about 1 hour, basting 2 or 3 times, until the potatoes are glazed and the syrup has thickened a bit. 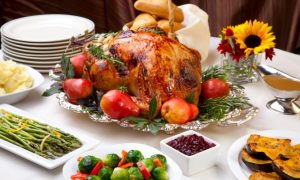 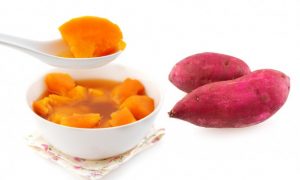 Mind & BodyBy Margie King
What Is the Healthiest Way To Cook a Sweet Potato?
11-27-2014
sharecomments