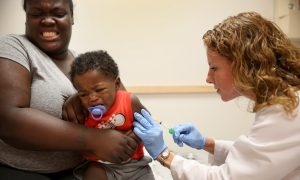 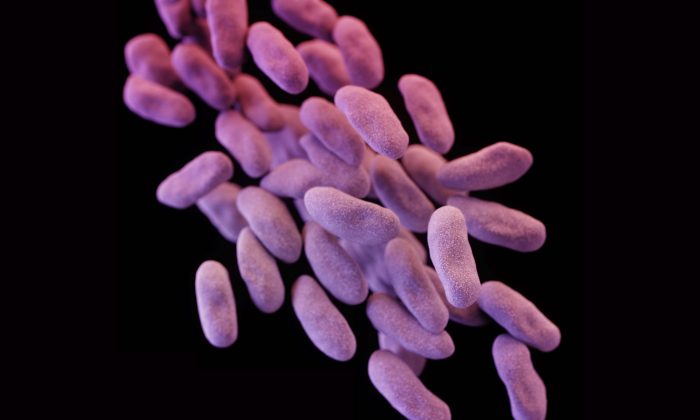 Superbug Resistant to All Antibiotics Seen in US for First Time

A woman in Pennsylvania has tested positive for a strain of E. coli that is resistant to antibiotics, researchers said on May 26.

The 49-year-old woman carrying the bacteria had symptoms of a urinary tract infection (UTI), said the study, which was posted by the Antimicrobial Agents Chemotherapy, a publication of the American Society for Microbiology.

The woman tested positive for a strain of E. coli that is resistant to the antibiotic colistin, which is a drug used as a last resort against dangerous superbugs including carbapenem-resistant Enterobacteriaceae (CRE)—also called the “nightmare bacteria.”

Up to 50 percent of people who get CRE die, according to the Centers for Disease Control.

Her case makes it the first in the country of the antibiotic-resistant strain.

“It basically shows us that the end of the road isn’t very far away for antibiotics—that we may be in a situation where we have patients in our intensive-care units, or patients getting urinary tract infections for which we do not have antibiotics,” CDC Director Tom Frieden told the Washington Post.

“I’ve been there for TB patients. I’ve cared for patients for whom there are no drugs left. It is a feeling of such horror and helplessness. This is not where we need to be,” added Frieden.

“I’ve supported legislation and participated in hearings on this issue and believe that antibiotic resistant bacteria present an urgent public health problem that we must focus on intensively,” Casey said in a statement.

I’ll be speaking with health officials to get a full briefing on the case in PA and the work underway to protect all Americans.

The CDC says people don’t usually get CRE infections and that they usually happen to patients in hospitals, nursing homes, and other healthcare settings, as well as individuals whose care requires devices like breathing machines, urinary catheters, or intravenous catheters.

The antibiotic-resistant bacteria was found in pigs, raw pork meat, and a small number of people in China last November. It was also discovered in Europe and other locations.