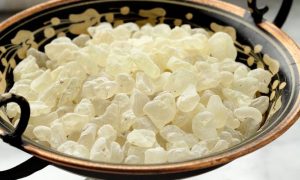 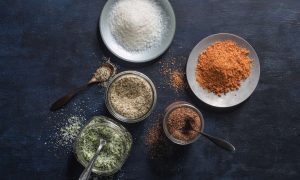 How to Get Smarter With Your Spices
0 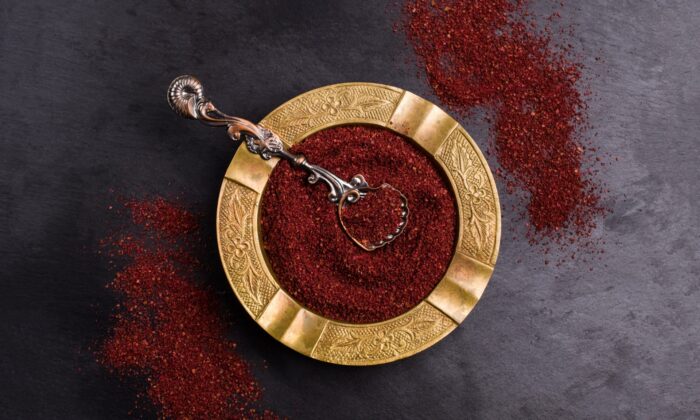 Sumac in the Kitchen

Most people in the United States probably think of the poisonous variety when they hear the word sumac, but there is actually a perfectly healthy and tasty spice with the same name. It comes from the berry of a bush native to the Middle East and Mediterranean regions.

Around the world there are dozens of different varieties of sumac, many of which have culinary and medicinal applications—and as mentioned before, some varieties are toxic. But here, we’ll just focus on the variety that enriches one’s culinary experience.

The sumac berries are commonly dried and then ground into a red or purplish-red powder that can be added to a variety of dishes. It can be found in spice and Middle Eastern grocery stores. Otherwise, a simple Internet search will give you access to hundreds of recipes and sources for purchasing the spice.

Having used the spice myself, I can’t say that it has an aroma that sets it apart from other spices. Compared to spices like cinnamon, dill, or cardamom, its aroma is very mild. Its flavor can best be described as woody citrus. It is tart, even a bit sour, but not as strong as juice or zest from lemons or limes.

Sumac can be substituted for citrus zest. However, if you use sumac as a substitute for citrus, it’s important to keep in mind that sumac will carry with it that slightly woody quality.

Sumac can be used on anything that you would typically want to have a slightly tart or sour flavor. It can be simply sprinkled on cooked vegetables or meats like chicken, lamb, or fish. It can be added to soups and stews, or salad dressings. It also works very well on toasted or fried breads, particularly flatbreads like pita or naan.

A popular Middle East seasoning known as Za’atar is sometimes made with sumac. Za’atar can include a number of spices, but a common combination is sumac, thyme, sesame seeds, cumin, and salt.

Sumac is thought to have some antioxidant and antimicrobial properties. Traditionally, however, it was used to calm an upset stomach, aid digestion, and sometimes reduce fever.

Here are two of my recipes using sumac:

Add the dry ingredients to the olive oil and mix thoroughly, or put in a salad dressing bottle and shake. You can also use 3 tablespoons za’atar seasoning instead of the sumac, thyme, salt, and cumin. Enjoy by drizzling on your favorite bread, warm tortillas, and naan, or use as a dipping sauce for vegetables or tortilla chips.

Combine all the spices in a large bowl or mortar and mix them thoroughly. Rub liberally on any raw meat prior to grilling, roasting, or broiling. Although I’d put this seasoning on any meat, the first time you use it, I recommend poultry.