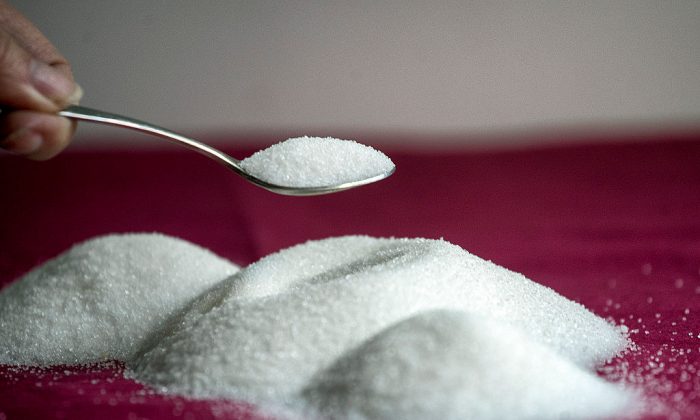 A sugar industry scandal is rocking the research world, serving as a strong reminder that public policy should take industry-sponsored studies with a grain of salt (or sugar) before making sweeping national recommendations.

The sugar industry began funding research that cast doubt on sugar’s role in heart disease—in part by pointing the finger at fat—as early as the 1960s, according to an analysis of newly uncovered documents.

The analysis published Monday, Sep 12, is based on correspondence between a sugar trade group and researchers at Harvard University, and is the latest example showing how food and beverage makers attempt to shape public understanding of nutrition.

In 1964, the group now known as the Sugar Association internally discussed a campaign to address “negative attitudes toward sugar” after studies began emerging linking sugar with heart disease, according to documents dug up from public archives. The following year the group approved “Project 226,” which entailed paying Harvard researchers today’s equivalent of $48,900 for an article reviewing the scientific literature, supplying materials they wanted reviewed, and receiving drafts of the article.

The resulting article published in 1967 concluded there was “no doubt” that reducing cholesterol and saturated fat was the only dietary intervention needed to prevent heart disease. The researchers overstated the consistency of the literature on fat and cholesterol, while downplaying studies on sugar, according to the analysis.

“Let me assure you this is quite what we had in mind and we look forward to its appearance in print,” wrote an employee of the sugar industry group to one of the authors.

The sugar industry’s funding and role were not disclosed when the article was published by the New England Journal of Medicine. The journal did not begin requesting author disclosures until 1984.

While scientists are still working to understand links between diet and heart disease, concern has shifted in recent years to sugars, and away from fat, Nestle said.

A committee that advised the federal government on dietary guidelines said the available evidence shows “no appreciable relationship” between the dietary cholesterol and heart disease, although it still recommended limiting saturated fats.

The American Heart Association cites a study published in 2014 in saying that too much added sugar can increase risk of heart disease, though the authors of that study say the biological reasons for the link are not completely understood.

The findings published Monday are part of an ongoing project by a former dentist, Cristin Kearns, to reveal the sugar industry’s decades-long efforts to counter science linking sugar with negative health effects, including diabetes. The latest work, published in the journal JAMA Internal Medicine, is based primarily on 31 pages of correspondence between the sugar group and one of the Harvard researchers who authored the review.

In a statement, the Sugar Association said it “should have exercised greater transparency in all of its research activities,” but that funding disclosures were not the norm when the review was published. The group also questioned Kearns’ “continued attempts to reframe historical occurrences” to play into the current public sentiment against sugar.

The Sugar Association said it was a “disservice” that industry-funded research in general is considered “tainted.”

Companies including Coca-Cola Co. and Kellogg Co. as well as groups for agricultural products like beef and blueberries regularly fund studies that become a part of scientific literature, are cited by other researchers, and are touted in press releases.

22 Ways Drinking Soda Will Shorten Your Life
Will Brits Give Up Soda After Jamie Oliver’s Rotten Teeth–Pulling Stunt?

Companies say they adhere to scientific standards, and many researchers feel that industry funding is critical to advancing science given the growing competition for government funds. But critics say such studies are often thinly veiled marketing that undermine efforts to improve public health.

The authors of the analysis note they were unable to interview key actors quoted in the documents because they are no longer alive. They also note there is no direct evidence the sugar industry changed the manuscript, that the documents provide a limited window into the sugar industry group’s activities and that the roles of other industries and nutrition leaders in shaping the discussion about heart disease were not studied.

Nevertheless, they say the documents underscore why policy makers should consider giving less weight to industry-funded studies. Although funding disclosures are now common practice in the scientific community, the role sponsors play behind the scenes is still not always clear.