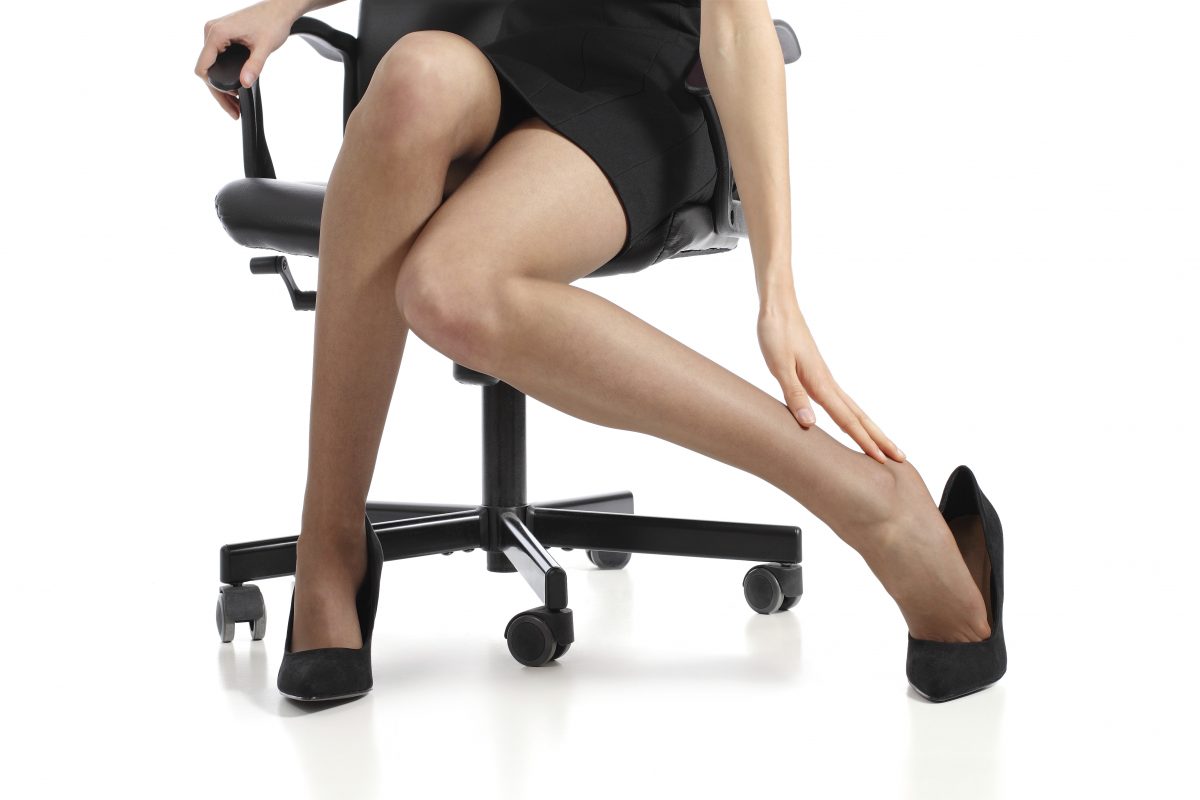 Vein disease develops slowly, taking years or decades to become symptomatic. However, people still don’t recognize the early signs or get the right treatment until their disease reaches a critical point.

Dr. Lev Khitin, who has specialized exclusively in veins for over a decade, said patients often come to him with festering ulcers and nearly crippled for lack of proper treatment.

This happens because of misdiagnosis and mistreatment, or self-diagnosis and self-treatment like the following case.

This patient, a 39-year-old otherwise healthy man, father of two, a construction worker, had over several years noticed increasing swelling of his ankles and feet, which he explained as being caused by standing up for long hours.

Vein disorders affect around 25 percent of Americans, and about 60 percent of women over 60 have venous insufficiency, Dr. Khitin said.

Next, when the skin around the swollen areas slowly turned brown, he attributed it to working outside in the cold. Finally, as his disease progressed, he developed wounds on his ankles that failed to heal over the next several months despite all his efforts.

Despite the severity of his condition, he continued self-therapy believing that vitamin deficiency and too-thick blood were responsible.

For over six years he mainly treated himself by eating lots of garlic to “clear the infection inside,” he said; doing regular leech therapy to “thin his blood;” and drinking lots of water to “get the bad fluids out.”

As time went by, his disease progressed, the wounds turn into chronic trophic ulcers, and he was barely able to walk. As a result, he lost his job, became depressed, and moved away from his wife and kids.

At this point, he started seeking help from different doctors and other health care professionals, ranging from wound care centers and urgent care clinics to plastic surgeons and alternative healers, but with no improvement, and his condition continued to deteriorate.

As the last resort, he came to Dr. Khitin, who did extensive diagnostic tests to figure out what condition was responsible for his swelling, infection, and trophic ulcers.

After a course of treatment for this condition, the man was able to recover completely and return to his normal life: He got back together with his family and even opened a tiling business together with his brother.

Vein disorders affect around 25 percent of Americans, and about 60 percent of women over 60 have venous insufficiency, which is a precursor to more serious vein problems, Dr. Khitin said.

Venous insufficiency is when the walls and valves of leg veins become defective and lose their ability to pull blood up to the heart. Blood then pools in the legs causing conditions like varicose and spider veins, pain, heaviness, tiredness, difficulties walking and standing, muscle cramps, restless leg syndrome, swelling, burning, and many others.

If left untreated, the disease advances, leading to complications, including trophic ulcers (non-healing wounds), infections such as dermatitis and cellulitis, formation of blood clots, bleeding, and others. Advanced vein disorders can lead to sepsis and even to cancer.