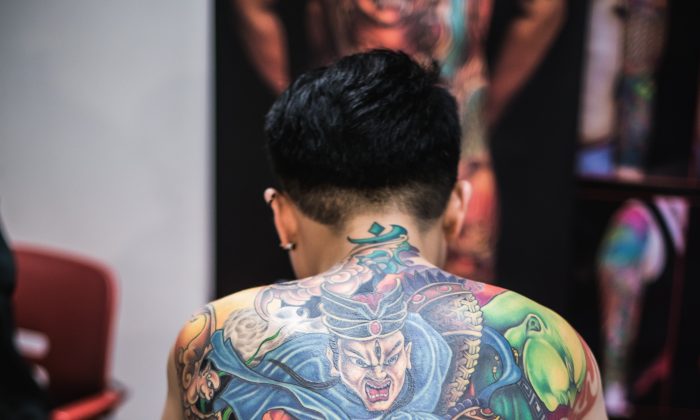 Study Says Getting Tattoos Can Strengthen Your Immune System

So, you have been contemplating getting another tattoo, but you’re kind of unsure. Well, science is here to help make your decision a tad easier.

A new study shows that there’s more to inking than you may think. Getting multiple tattoos can make your immune system a lot stronger, actually protecting you from common colds.

People with more tattoo experience have a statistically smaller decrease in immunoglobulin A from before to after.
— Christopher Lynn, Author

The American Journal of Human Biology says there are numerous health benefits from tattooing, but it doesn’t kick in if you just get one—that’s not effective at all. In fact, one can actually lower your immune system.

“They don’t just hurt while you get the tattoo, but they can exhaust you,” said one of the study’s authors Christopher Lynn, who commented she knew this from personal experience,  in a press release. “It’s easier to get sick. You can catch a cold because your defenses are lowered from the stress of getting a tattoo.”

This study draws the analogy to exercising at the gym—at first your body will feel sore, but the more you workout, the better it gets; the more your body get used to the exercise, the more you’ll gain great muscle strength.

“After the stress response, your body returns to an equilibrium,” Lynn said. “However, if you continue to stress your body over and over again, instead of returning to the same set point, it adjusts its internal set points and moves higher.”

Therefore, getting more than one tattoo will strengthen your body’s immune system.

They approached 24 women and 5 men ages 18-47 at a tattoo parlor in Tuscaloosa and Leeds. The individuals were surveyed based on how many tattoos they got, and the timeframe in which they got them. The researchers gathered saliva samples before and after the tatooing, which allowed them to analyzed the participants’ blood samples to measure levels of immunoglobulin A, an antibody that plays an important role in the body’s immune system.

“Immunoglobulin A is a front line of defense against some of the common infections we encounter, like colds,” Lynn said.

The researchers found that for participants getting their first tattoos, levels of immunoglobulin A dropped tremendously, but for those who received tattoos more frequently, a decrease was less, Lynn said.

“People with more tattoo experience have a statistically smaller decrease in immunoglobulin A from before to after,” said Lynn.

This doesn’t mean you should go out and get a ton of tattoos just to boost your  immune system, but it is another perspective. The study didn’t indicate how long the immune boost effect lasted. For more information, read the team’s full report in the American Journal of Human Biology.