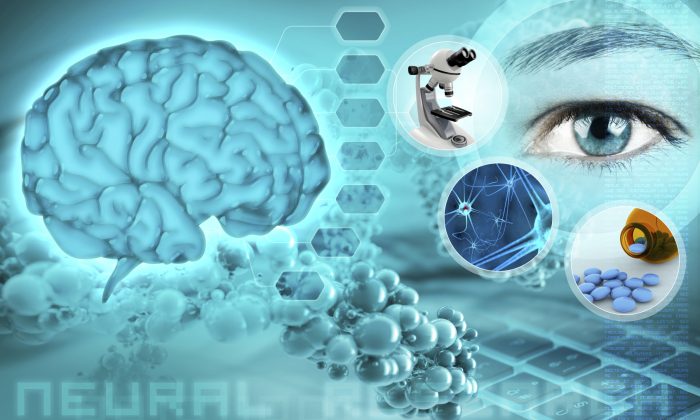 Many have been successfully brainwashed into believing that their cholesterol levels must reach a certain set low point in order to avoid heart disease.

As a result, one in four Americans aged 45 and over take cholesterol-lowering statin drugs, despite the fact that the risks are very high and side effects grossly underreported.

Statin drugs work by blocking the enzyme in your liver that is responsible for making cholesterol. Yes, your liver makes cholesterol because you need cholesterol and it is essential for your very survival.

Cholesterol helps produce cell membranes, and in addition it also plays a role in the production of hormones (including the sex hormones testosterone, progesterone, and estrogen) and bile acids that help you digest fat.

Cholesterol is also essential for your brain, which contains about 25 percent of the cholesterol in your body. It is critical for synapse formation, i.e. the connections between your neurons, which allow you to think, learn new things, and form memories…

Statin use may stimulate atherosclerosis and heart failure.

Statin drugs are effective and do to lower cholesterol, but as your levels fall you may assume that is proof that you’re getting healthier, that you’re becoming well. But that would be far from the truth.

There is far more that goes into your risk of heart disease than your cholesterol levels… and there is evidence showing that statins may actually make your heart health worse.

What’s more, if you take a statin drug, or know someone who does, you should absolutely be aware of recent studies that show these drugs are not very effective or safe.

Statistical Deception Creates the ‘Appearance’ That Statins Are Safe and Effective

The directors of clinical trials, according to the report, have also succeeded in minimizing the significance of a large number of adverse effects of statin treatment.

So how are statistics being used to deceive you about statins’ effectiveness? If you look at absolute risk, statin drugs benefit just 1 percent of the population. This means that out of 100 people treated with the drugs, one person will have one less heart attack.

This doesn’t sound so impressive… so statin supporters use a different statistic called relative risk. Just by making this statistical slight of hand, statins suddenly become beneficial for 30-50 percent of the population.

As for side effects, the report notes that side effects are more common than the media and medical conferences report, and the modest benefits of the drugs do not even come close to outweighing the risks, which included increased rates of:

“In the Jupiter trial, the public and healthcare workers were informed of a 54 percent reduction in heart attacks, when the actual effect in reduction of coronary events was less than 1 percentage point…

In the ASCOT-LLA study, which was terminated early because it was considered to have such outstanding results, there were heart attacks and deaths in 3% of the placebo (no treatment) group as compared to 1.9% in the Lipitor group.

The improvement in outcome with Lipitor treatment was only 1.1 percentage point, but when this study was presented to the public, the advertisements used the inflated (relative risk) statistic, which transformed the 1.1% effect into a 36% reduction in heart attack risk.

The inflated claims for statin effectiveness, and minimized portrayal of the adverse effects, has played a role in the health care providers and the public’s enthusiasm for cholesterol-lowering drugs, say the authors.”

I want to highlight just how drastic a difference statistics can make, and how drug companies can legally deceive you by stating effectiveness in terms of relative risk.

In plain English, here’s what that means: let’s say you have a study of 200 women, half of whom take a drug and half take a placebo, to examine the effect on breast cancer risk.

After five years, two women in the drug group develop breast cancer, compared to four who took the placebo. This data could lead to either of the following headlines, and both would be correct:

How can this be? The Annie Appleseed Project explains:

You can now see why clinical trials, especially those funded by drug companies, will cite relative risk reductions rather than absolute risk reductions, and as a patient you need to be aware that statistics can be easily manipulated. As STATS at George Mason University explained:

“An important feature of relative risk is that it tells you nothing about the actual risk.”

Are you ready for another shocker? A separate study published in Expert Review of Clinical Pharmacology revealed that, in contrast to the current belief that cholesterol reduction with statins decreases atherosclerosis, the drugs may instead actually stimulate atherosclerosis and heart failure.

There were several physiological mechanisms discussed in the study that show how statin drugs may make your heart health worse:

“Blocking the selenoprotein enzyme glutathione peroxidase is akin to pouring gasoline on the fire of inflammation and free radicals, which damages muscle tissue. In fact, the scientists described this blocking of the selenoproteins reminiscent of selenium deficiency induced heart failure, known as Keshan’s disease first identified in the 1930s.”

Considering the significant risks, the authors concluded: “…the epidemic of heart failure and atherosclerosis that plagues the modern world may paradoxically be aggravated by the pervasive use of statin drugs. We propose that current statin treatment guidelines be critically reevaluated.”

They Don’t Work for Parkinson’s Disease Either

Stain makers have attempted to position them as some sort of panacea for many diseases, one of which is Parkinson’s disease. Past research by Xuemei Huang, professor of neurology and vice chair for research at Penn State College of Medicine, suggested a link between high cholesterol levels and lower rates of Parkinson’s, yet some epidemiological evidence suggested a lower risk of Parkinson’s associated with statin use. In a new study conducted by Huang and colleagues, he attempted to find out if the lowered incidence of Parkinson’s could indeed be due to statins.

“One possibility, is that statin use can be a marker of people who have high cholesterol, which itself may be associated with lower [Parkinson’s] risk. This could explain why some studies have found an association between use of these medications and low incidence of [Parkinson’s]. Most importantly, this purported benefit may not be seen over time.”

If You Take Statins, Be Sure You’re Taking CoQ10 or Ubiquinol

If you do decide to take a statin drug, you need to make sure you take CoQ10 or Ubiquinol (the reduced form) with it. Most are not told they need to take coenzyme Q10 to buffer against some of the most devastating side effects of the drug. As previously explained by Dr. Stephen Sinatra, a board-certified cardiologist, statins block not just cholesterol production pathways, but several other biochemical pathways as well, including CoQ10 and squalene—the latter of which Dr. Sinatra believes is essential in preventing breast cancer.

Squalene reduction caused by the statin can also raise your risk of immune system dysfunction. The depletion of CoQ10 caused by the drug is why statins can increase your risk of acute heart failure. So if you’re taking a statin drug, you MUST take Coenzyme Q10 as a supplement. You cannot get enough of it through your diet. Dr. Sinatra recommends taking at least 100 milligrams (mg), but preferably 200 mg of high-quality CoQ10 or Ubiquinol daily. One study in the European Journal of Pharmacology showed that ubiquinol effectively rescued cells from the damage caused by the statin drug simvastatin, thereby protecting muscle cells from myopathies.

Another study evaluated the benefits of CoQ10 and selenium supplementation for patients with statin-associated myopathy. Compared to those given a placebo, the treatment group experienced significantly less pain, decreased muscle weakness and cramps, and less fatigue. Keep in mind, however, that there’s a very good chance you may not need a statin drug at all. If you’ve been told you need to take a statin, please read these 7 factors to consider if you’re told your cholesterol is too high.

Are You at Risk for Heart Disease?

Total cholesterol will tell you virtually nothing about your disease risk, unless it’s exceptionally elevated (above 330 or so, which would be suggestive of familial hypercholesterolemia, which, in my view, would be about the only time a cholesterol-reducing drug would be appropriate). Two ratios that are far better indicators of heart disease risk are:

How to Optimize Your Cholesterol Levels