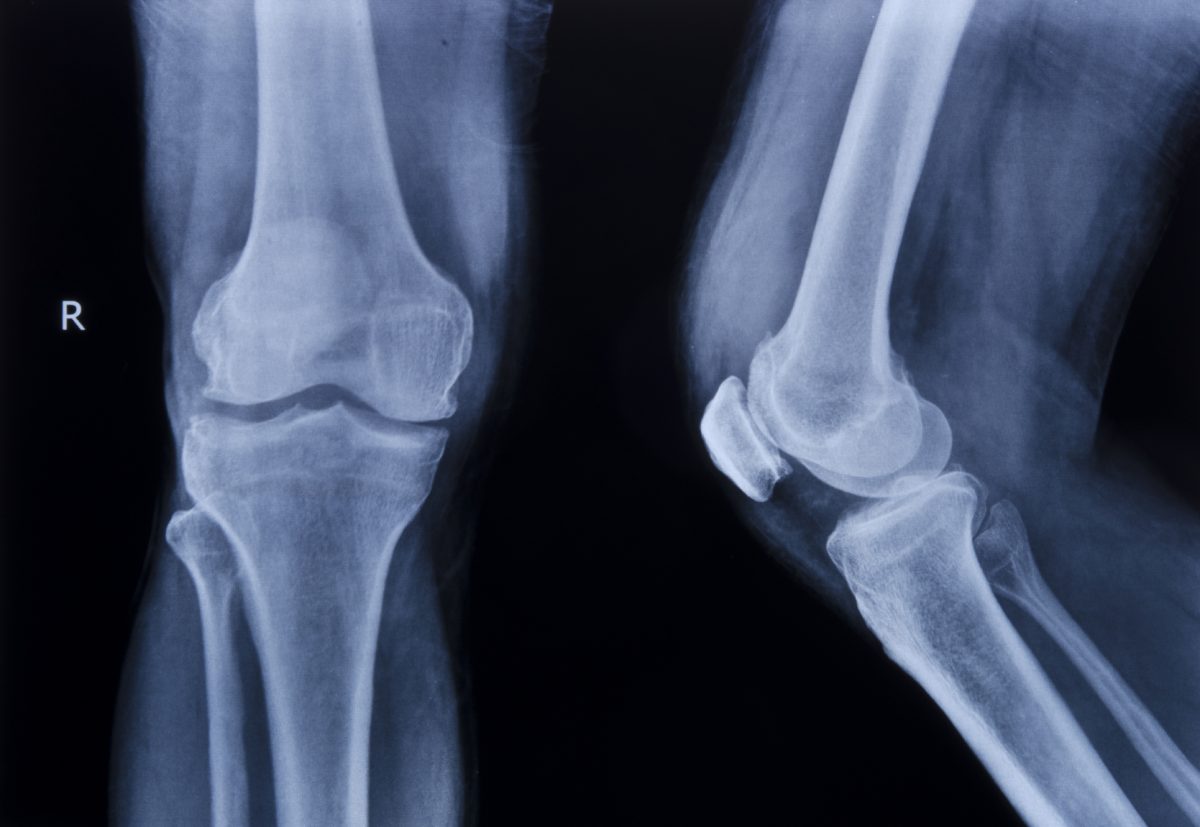 Surgery probably won’t help you with chronic knee pain.  But here are 10 proven ways to get you safely back in the swing of things.

Osteoarthritis (OA) of the knee affects over 12 percent of people over 60 years old.  It’s a degenerative disease that causes pain, swelling, abnormal bone growth and spurs, and loss of mobility. Cartilage becomes thin and irregular, resulting in joint pain and stiffness.

More and more doctors offer surgery as the solution.  Over 700,000 knee arthroscopies (a type of keyhole surgery) are carried out in the US and 150,000 in the UK each year on middle aged and older adults. But a new study finds surgery doesn’t help and may be harmful.

Researchers from Denmark and Sweden reviewed the results of 18 studies on the benefits and harms of arthroscopic surgery for middle aged and older people with persistent knee pain.

Their results were published as part of The BMJ‘s “Too Much Medicine“ campaign.  The campaign highlights the threat to human health and the waste of resources caused by unnecessary medical care.

The researchers found that arthroscopy of the knee was no better than a placebo.

The researchers found that arthroscopy of the knee was no better than a placebo.  It had a small but significant effect on pain at three and six months following an operation. But beyond that timeframe, it had no benefit over other treatments.  And they found no significant benefit on physical function.

On the other hand, knee surgery carried significant downsides.  The most frequently reported adverse event was deep vein thrombosis (DVT), followed by infection, pulmonary embolism (blockage of the main artery of the lung), and death.

The authors concluded that their findings “do not support the practice of arthroscopic surgery as treatment for middle aged or older patients with knee pain with or without signs of osteoarthritis.”

What are the alternatives?

Tai chi participants were able to reduce their pain medications, and had improved pain and functioning, comparable to the physical therapy group.  But in subjective reporting, tai chi participants also noted significant improvements both in pain and depression.

Subjects took either 30 mg of curcuminoid three times daily or 25 mg of diclofenac sodium three times a day.  After 4 weeks there was no significant difference between the turmeric compound and the drug. Both significantly decreased the secretion of the inflammatory COX-2 enzyme. But turmeric had no side effects while diclofenac has been linked to increased cardiac mortality, miscarriage and seizure.

Another study in the Journal of Alternative and Complementary Medicine found 2,000 mg of turmeric extract was as effective as 800 mg of ibuprofen in reducing symptoms of pain and inflammation.

3. Drink Tart Cherry Juice. According to researchers from Oregon Health & Science University, tart cherries have the “highest anti-inflammatory content of any food” and can help osteoarthritis patients manage their condition.  They asked 20 women aged 40 to 70 with inflammatory osteoarthritis to drink tart cherry juice twice a day.  After three weeks, the women had significant reductions in inflammation.

In a prior study, the same researchers found that runners who drank tart cherry juice reported significantly less pain after exercise.

And a 2001 cell study found that anthocyanins from cherries were as effective as ibuprofen and naproxen at suppressing the COX enzymes associated with inflammation.

4. Stop the Statins. A study in the Annals of Rheumatic Diseases set out to prove that statins reduce the incidence and progression of knee OA. To the surprise of researchers, they instead found that statin use was linked to worse pain and poorer physical function of the knee.

5. Eat More Sesame Seeds. A study in Iran found that eating sesame seeds was superior to taking Tylenol for OA of the knee. One group of knee patients took 40 grams (about four tablespoons) of sesame seeds per day.  A second group took 500 mg of Tylenol twice a day as well as 500 mg of glucosamine once a day.

The sesame seeds were found to be just as effective as Tylenol and glucosamine for reducing the intensity of knee pain.  And of course, sesame seeds don’t have the dangerous side effects of Tylenol.

6. Cook with Ginger.  In a head to head match-up of ginger extract with the anti-inflammatory drug indomethacin, ginger proved to be just as good without side effects. Indomethacin has been linked to renal insufficiency, jaundice, headaches, and liver damage.

7. Eat more Pineapple.  The fruit and core of the pineapple are rich in bromelain, a digestive enzyme with anti-inflammatory and analgesic properties.  In one study, bromelain was proven to reduce mild acute knee pain and improve well-being in a dose-dependent manner.

Volunteers were randomly given either 200 mg or 400 mg per day.  The lower dose reduced symptoms by 41% while the higher dose reduced them 59%.  Bromelain also improved stiffness, physical function, and general well-being.

8. Take Rose Hip Extract.  Danish researchers tested an herbal remedy made from a subspecies of rose hip (Rosa canina) against a placebo in patients with OA of the hip or knee.  In a randomized, placebo-controlled, double-blind crossover trial, 94 patients were given five grams of the rose hip remedy daily or a placebo. The rose hip treatment significantly decreased pain, stiffness, disability, and global severity of the disease.  It also allowed the patients to significantly reduce their pain medications.

9. Use Comfrey Root Extract Ointment. Rubbing painful knees with an ointment of comfrey root extract has been shown to reduce pain, improve knee mobility, and increase quality of life.

In a double-blind, randomized, placebo-controlled trial, patients with painful OA of the knee applied two grams of a comfrey root extract ointment or placebo to their knees three times a day.  After three weeks, symptoms improved 58% in the comfrey root group compared to 14% for the placebo group.

10. Take Some Castor Oil.  A randomized, double-blind, comparative clinical study found that castor oil was just as good as the drug diclofenac sodium in patients with knee osteoarthritis.

Three times a day patients took either a 0.9 ml castor oil capsule or a 50 mg capsule of diclofenac sodium for four weeks. Both treatments were significantly effective in the treatment of knee osteoarthritis.  But adverse drug reactions were high with diclofenac sodium.  There were none with the castor oil. The authors concluded that castor oil can be used as an effective therapy in primary knee osteoarthritis.