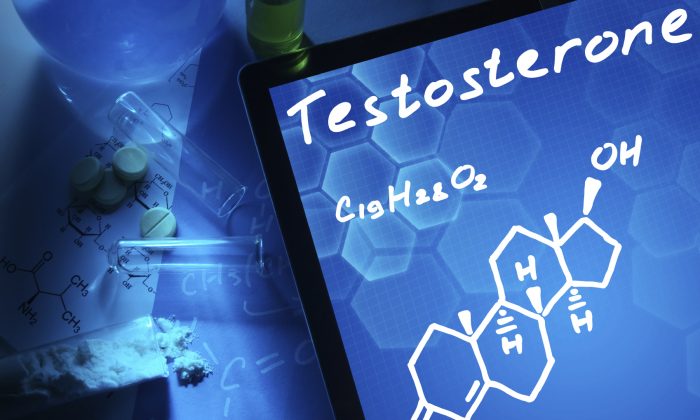 Study Finds Testosterone Gel Is No Fountain of Youth

CHICAGO—A landmark study suggests that testosterone treatment is no fountain of youth, finding mostly modest improvement in the sex lives, walking strength and mood of a select group of older men.

The long-awaited results from a rigorous, government-funded study are the first solid evidence of whether these hugely popular supplements can help treat low sex drive, lack of energy and other symptoms sometimes blamed on aging.

The researchers emphasized that the findings pertain only to use of testosterone gel by men 65 and older with low hormone levels and related symptoms; whether similar benefits would occur in younger men or with testosterone pills, patches or shots is unknown.

Also, the research was not extensive enough to determine whether long-term use raises the risk of heart attacks and prostate cancer, as some studies have suggested.

Lead author Dr. Peter Snyder, a University of Pennsylvania hormone specialist, said it would be premature to recommend the treatment even for men like those studied.

Making a recommendation depends on knowing all the benefits versus risks. We still don’t know everything we want to know.
— Dr. Peter Snyder, hormone specialist, University of Pennsylvania

“Making a recommendation depends on knowing all the benefits versus risks,” he said. “We still don’t know everything we want to know.”

The study involved almost 800 men 65 and older at 12 centers nationwide. All had low blood levels of testosterone, the main male sex hormone. They were randomly assigned to use testosterone gel or fake gel without hormones, rubbed daily on the skin for a year. They had to fill out questionnaires and take a six-minute walking test.

The study design is considered the most rigorous, gold-standard type of research.

Improvement in sex lives was modest among the testosterone group, and the benefits in erectile function were less that what has been seen with Viagra and similar drugs. The men on testosterone had slightly greater improvement in mood and walking strength than the other men, but there was no difference in energy boost between the two groups.

How Hormones Make Us Feel Hungry and Full

The research is among seven testosterone studies the National Institute on Aging launched in 2009 to examine the risks and benefits of testosterone supplements widely marketed on television to men with “low T.”

Testosterone levels typically decline with age. Supplements are approved only for treating testosterone deficiency caused by certain medical conditions, such as problems with the testes, but they have become a multibillion-dollar industry, feeding on aging men’s desire to remain youthful. The men in the study did not have any of those specified conditions.

The new research combines results from three of the government-funded studies. Results are expected later from the four other studies, which tested the hormone’s effects on mental function, bone density, heart function and anemia.

The current results are in Thursday’s New England Journal of Medicine.

The findings “bring some real rigor” to questions surrounding testosterone use and suggest that the treatment is “not a panacea” for age-related ills, said Dr. Eric Orwoll, a physician-researcher at Oregon Health and Science University in Portland.

Here’s What You Need to Know About Testosterone

On average, the testosterone increased men’s hormone levels to what would be normal for someone 19 to 40 years old.

Snyder said those findings suggest but don’t prove that the hormone builds muscles and increases strength and energy.

The men in the study didn’t learn until it was over whether they had been given testosterone or the fake gel.

Dave Bostick, who participated at the University of Pittsburgh, said that as soon as he stopped using the gel he correctly guessed he had gotten the real thing. Bostick, 71, a retired vocational rehab counselor, said his low mood and energy level improved “a little bit” during the study but suddenly worsened afterward.

He said he has resumed using testosterone at his doctor’s recommendation and isn’t overly concerned about the potential risks.

“Something’s going to get me sooner or later,” Bostick said.

A small number of men had heart attacks or were diagnosed with prostate cancer during or after the study, but the rates were similar between the two groups. Dr. Richard Hodes, director of the National Institute on Aging, said the agency is awaiting results from the additional testosterone studies to determine whether to pursue research on potential long-term risks.

ABBVie Pharmaceuticals provided its AndroGel for the study and helped pay for the research but was otherwise not involved.