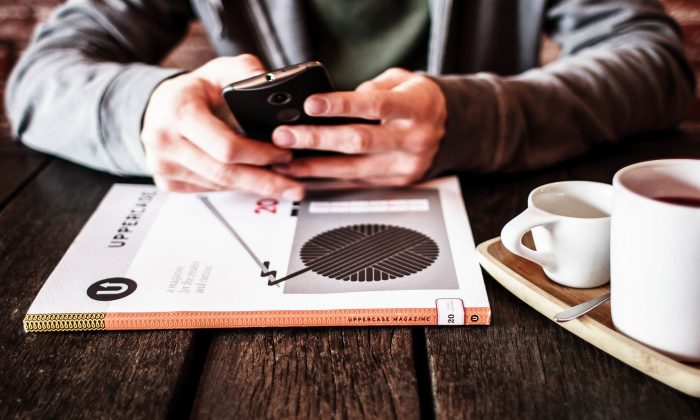 A study of the effects of cellphone radiation on rats and mice, conducted by the U.S. government, found that there is “clear evidence” that the radio frequencies like that used for 2G and 3G mobile phones caused cancerous heart tumors in male rats.

The study, the conclusion of which was released Nov. 1, exposed 1080 rats and 1080 mice to nonionizing radio-frequency radiation used in GSM and CDMA networks for about nine hours a day, alternating 10 minutes on and 10 minutes off, seven days a week for two years (the study was conducted over 10 years).

In addition to heart tumors, the study also found some evidence of malignant brain tumors, as well as benign and malignant tumors in the adrenal glands of the male rats.

The National Toxicology Program (NTP), an interagency program within the Department of Health and Human Services (HHS) and the body that oversaw the study, categorized its findings as being in the highest category for evidence of causation.

What is puzzling about the study is the “equivocal” results in female rats and mice, whose cancer rates weren’t correlated with radiation exposure. And the study also noted a longer lifespan in the radiation-exposed rats than the control group that wasn’t.

“This may be explained by an observed decrease in chronic kidney problems that are often the cause of death in older rats,” a fact sheet of the study says.

However, the NTP couldn’t say whether the radiation had any effect on the rats’ kidneys.

A similar study in Italy by the nonprofit Ramazzini Institute also found an elevated rate of malignant heart schwannomas, tumors in the nerve tissue, after exposing 2,448 rats to GSM cellphone carrier frequencies over their lifespans. GSM is a more common cellphone frequency in Europe than in the United States.

The radiation frequencies in the Italian study were of a lower intensity than those in the NTP study, because it sought to measure the environmental effects of mobile phones versus close-range exposure, such as holding a phone to the head.

After the initial results of the NTP study were released earlier this year, notably before they were peer-reviewed, the International Commission on Non-Ionizing Radiation Protection (ICNIRP) used the difference in the two studies to warn that, when it comes to the studies’ relevance to humans, “potential limitations need to be carefully considered.”

“ICNIRP considers that the NTP (2018a, b) and Falcioni et al. (2018) studies do not provide a consistent, reliable and generalizable body of evidence that can be used as a basis for revising current human exposure guidelines,” it says in a statement on its website.

Researcher Ronald Melnick, who designed the NTP study, wrote in a rebuttal to the study’s critics that while more research can and should be done on the topic, the findings are significant for humans.

“Results from well-conducted animal studies have been and will continue to be used to quantify the health risks, including cancer risks, under various human exposure conditions,” he writes. “In the interest of public health, government agencies must utilize results from these well-conducted health effects studies and issue clear recommendations to the public on how to reduce exposures to agents that are hazardous to our health.”

The NTP study was commissioned in 1999 by the Food and Drug Administration to research the impact of growing cellphone usage in the United States.

“Over 80 million Americans currently use wireless communications devices (e.g., cellular phones) with about 25 thousand new users daily,” the FDA liaison to the NTP wrote in a letter requesting the study. “There is currently insufficient scientific basis for concluding either that wireless communication technologies are safe or that they pose a risk to millions of users.”

In the United Kingdom, France, Belgium, Russia, and other nations, wireless users—especially children—are urged to minimize their exposure to microwave radiation.

But in the United States, public health officials have been hesitant to sound the alarm. In 2014, the Centers for Disease Control issued a public statement urging caution with cellphone use, but retracted the statement a few weeks later.

Last year, the California Department of Public Health (CDPH) released consumer guidelines on how to lessen exposure to wireless radiation, particularly for children, citing a possible link to harmful health conditions such as cancer and lower sperm count. But it almost didn’t happen. The CDPH made their recommendations in 2009, but refused to release them to the public until a lawsuit forced the issue in 2017.

An international group of over 240 scientists has submitted an appeal to the United Nations to adopt stronger regulations on and issue public safety warnings for electromagnetic fields (EMF), which encompasses cellphone frequencies.

The appeal was initially submitted in May 2015. The appeal website now includes a section with the NTP findings that there is a “clear evidence” between high levels of radio frequency radiation and cancerous heart tumors in rats.

Corrections: A previous version of this article failed to mention that the tumors, or heart schwannoma, referred to were malignant. Further, it misstated the number of rats and mice exposed to nonionizing radio-frequency radiation and for how long. There were 1,080 rats and 1,080 mice, and each lived up to two years in the NTP study. The entirety of the NTP study took over 10 years. Regarding the Ramazzini Institute study, the rats lived until their natural death (around two years). The Ramazzini study went on for over two decades. In talking about a group of more than 240 scientists who submitted an appeal to the U.N., the article misstated their request. The scientists were asking for stronger regulations and safety warnings. Lastly, the article misstated where the NTP study results were located in regard to the appeal. The results were on the appeal website. The Epoch Times regrets the errors.