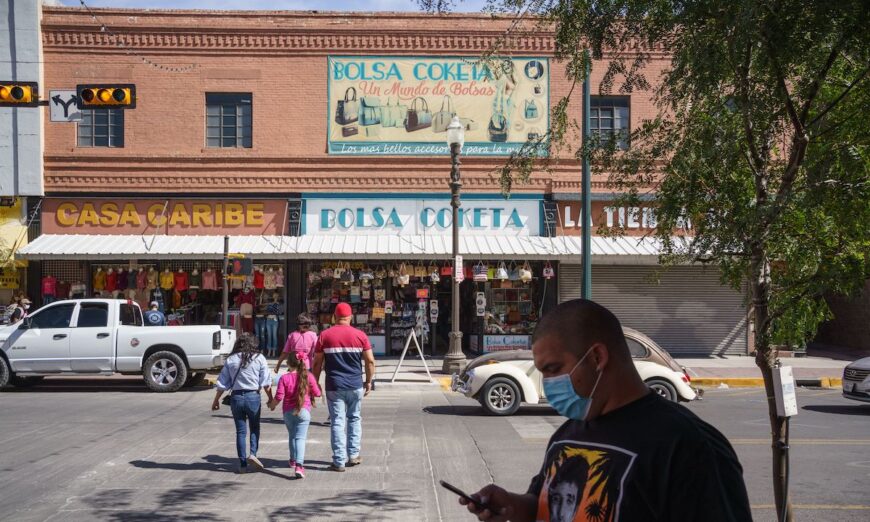 Nearly 70 percent of Texans are estimated to have total immunity, either natural or vaccine induced, to the CCP virus as of July 4, 2021, according to researchers from the University of Texas System.

The researchers’ yet to be peer-reviewed study (pdf) is the “first fully data-driven estimation of total immunity to SARS-CoV-2” in Texas.

The study involved assessing serological data, over 1-week intervals, of over 14,000 blood samples from 10,482 participants throughout Texas beginning Sept. 30, 2020.

A census age-adjusted seroprevalence estimation of natural infection was then conducted and combined with the Texas Department of State Health Services de-identified population-level vaccination data as of July 4, 2021, to get an accurate estimate of total immunity at the state level.

The researchers estimated that the number of Texans with naturally occurring antibodies to the CCP (Chinese Communist Party) virus was 35.3 percent and that the total estimated immunity was 69.1 percent, meaning nearly “70 percent of the population benefit from some degree of protection from reinfection from SARS-CoV-2 and acquiring COVID-19.”

SARS-CoV-2 is the scientific name for the CCP virus that causes the disease COVID-19.

The authors of the study said they did not include a confidence interval for total immunity “since the proportion vaccinated is a known (fixed) population quantity rather than an estimate, and thus does not lend itself to an estimate of variability.”

In addition, they also noted that the total immunity estimation was much higher than the data from the state. “We conclude the seroprevalence of SARS-CoV-2 is four times higher than the state-confirmed COVID-19 cases (8.8 percent).”

Seroprevalence is the percentage of people in a population who have antibodies to a particular virus.

The study was based on the assumptions that reinfection with COVID-19 within a few months after recovery was rare, neutralizing antibodies developed after natural infection lasted for at least five months, and COVID-19 vaccines provided a reasonable antibody response long-term.

According to the researchers, the detailed methodology adopted in the study may be replicated in any state or regional area to help with policy-making decisions relevant to the virus.

“In contrast to model-based approaches, the current research will allow researchers and health departments to calculate regional estimates of total immunity in the least biased manner,” the authors wrote.

Knowing the true prevalence of the pandemic, and how many people have been infected and have immunity, is an important key in helping scientists understand if herd immunity is possible.

Herd immunity occurs when enough people in the population become immune to a disease—either through natural infection or vaccination—that makes the spread of disease from person to person unlikely, and provides protection to those who are not immune.

The percentage of the population required to reach herd immunity against COVID-19 has changed multiple times during the pandemic from 70 percent to 85 and 90 percent. But now some experts are saying that the concept of herd immunity is unattainable due to the Delta variant causing illness in vaccinated individuals.

“I think we are in a situation here with this current variant, where herd immunity is not a possibility because [the Delta variant] still infects vaccinated individuals,” Andrew Pollard, director of the Oxford Vaccine Group said at an All-Party Parliamentary Group on Coronavirus evidence hearing on Tuesday.

Pollard, who was involved in the development of the Oxford-AstraZeneca COVID-19 vaccine, also said that public policy should be directed at preventing death and hospitalization. He did not advocate for a third booster shot.

“And if anything, we need to focus now not on what might stop new variants because I don’t think we have any facility to control that,” he said.

“We need to focus on thinking about how do we prevent people [from] dying or going to hospital … We have now over four billion doses deployed of the vaccine globally, and that is now enough doses to have prevented almost all of those deaths and yet they are continuing.”

The Centers for Disease Control and Prevention (CDC) director Rochelle Walensky told CNN last week that while the vaccines continue to prevent severe illness and death in fully vaccinated people who are infected with the Delta variant, they can still spread the disease. Furthermore, a study released by the health agency found that the Delta variant produced similar viral loads in vaccinated and unvaccinated people if they got infected.

Breakthrough cases are occurring at a higher incidence in countries with high vaccination rates such as Iceland, Israel, and the UK, with people experiencing mild symptoms when infected with the Delta variant.

Iceland with one of the highest vaccine uptakes with 96 percent of females and 90 percent of males 16 and older who have received at least one dose of a COVID-19 vaccine, is now seeing a soaring number of cases, more than it did with past waves.

The country reported no new domestic cases on July 11 to 106 cases a month later, with a total of 1,731 active cases, according to official data as of Wednesday. The breakdown among the domestic infections was, 74 were fully vaccinated, 43 were unvaccinated, and one had started vaccination.

Dr. Kevin Tracy, the president and CEO of the Feinstein Institutes for Medical Research, in an opinion article Wednesday said that vaccines cannot be the only tool relied upon to eradicate the virus.

“The solution is investing in and doing the scientific and clinical research necessary to identify, discover and test new therapies,” Tracy wrote. “To win the war against this virus, we need safe, effective and cheap treatments.”

Remdesivir, the only approved antiviral drug, is used on severely ill hospitalized patients with minimal effect, while monoclonal antibodies are only available to high-risk patients.

“It is past time to collect the scientific evidence from careful study of generic drugs (like famotidine, ivermectin, dexamethasone and others) to learn whether they may be useful or not,” Tracy said.