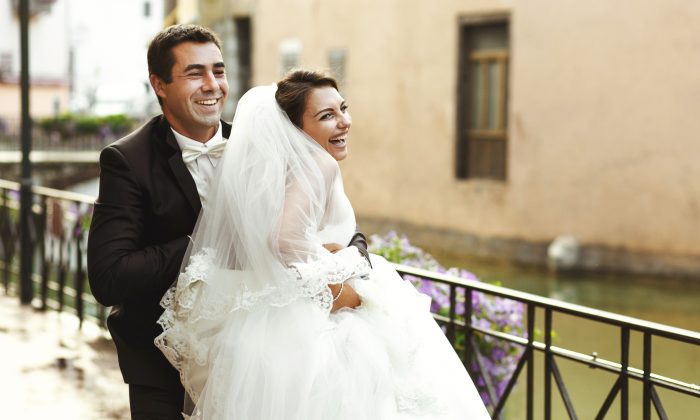 Prolonged stress is associated with increased levels of cortisol, which can interfere with the body’s ability to regulate inflammation, which in turn promotes the development and progression of many diseases.

“It is exciting to discover a physiological pathway that may explain how relationships influence health and disease,” said Brian Chin, a doctoral student in Carnegie Mellon University’s psychology department.

Over three non-consecutive days, the researchers collected saliva samples from 572 healthy adults aged 21 to 55. Multiple samples were taken during each 24-hour period and tested for cortisol.

These data provide important insight into the way in which our intimate social relationships can get under the skin to influence our health.
— Sheldon Cohen, coauthor

The results, published in Psychoneuroendocrinology, show that the married participants had lower cortisol levels than the never married or previously married people across the three-day period. The researchers also compared each person’s daily cortisol rhythm—typically, cortisol levels peak when a person wakes up, then decline during the day. Those who were married showed a faster decline, a pattern that has been associated with less heart disease and longer survival among cancer patients.

“These data provide important insight into the way in which our intimate social relationships can get under the skin to influence our health,” said laboratory director and coauthor Sheldon Cohen, professor of psychology.

The National Center for Complementary and Integrative Health funded the preparation of this article.

This article was previously published by Carnegie Mellon University.  Republished via Futurity.org under Creative Commons License 4.0.