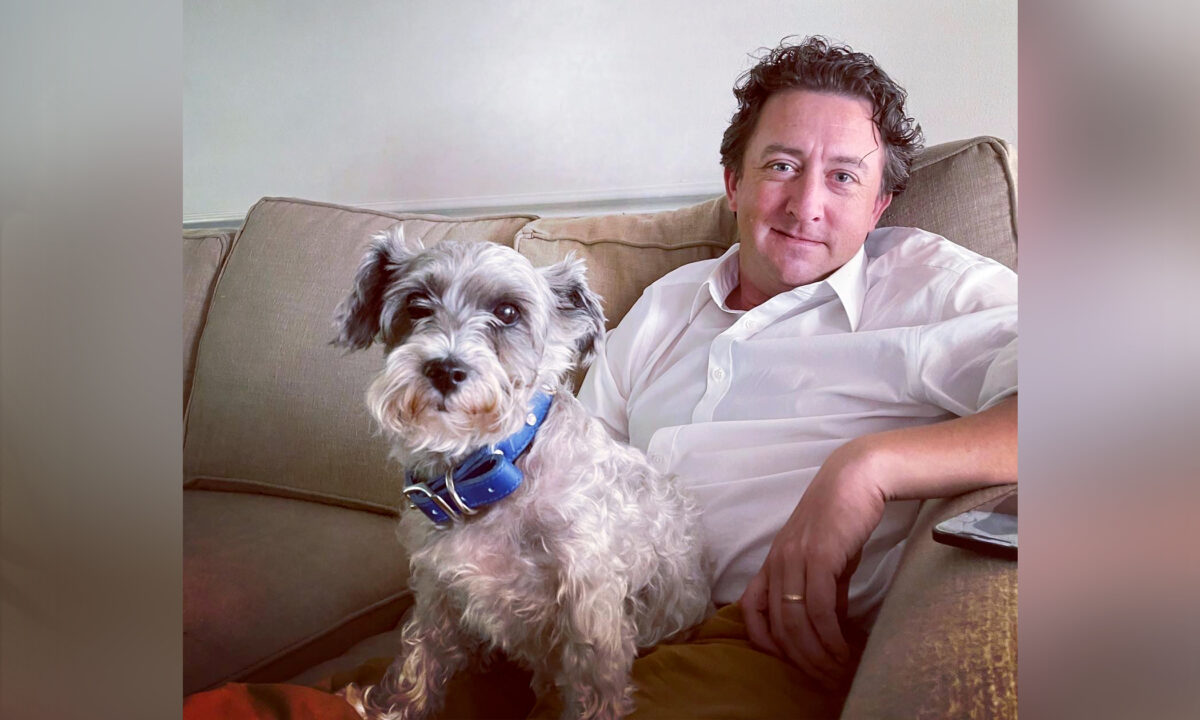 After buying a home together in Jackson, Mississippi, a dog-loving couple were devastated when one of their dogs from the pack went missing from their own backyard. They searched for a year before accepting, with heavy hearts, that she may be gone forever.

However, five years later, Darby, the beloved dog, was found by a stranger 22 miles from home, and was then reunited with the couple.

“Darby went missing in July of 2016,” Francesca Senior, 36, told The Epoch Times. “She and the other three dogs had gone out into the backyard to play, and moments later, when we went to bring them back in, Darby was gone.”

Originally from Paris, France, Francesca and her husband, 35-year-old Jackson native Derek Carroll, searched their yard. They did not find any evidence of a break-in. However, the couple noticed that the back gate was unlocked.

They scoured the neighborhood, putting up missing posters advertising a cash reward for the safe return of their tiny 15-pound pup. They even visited local animal shelters once a week to see if Darby had shown up, but to no avail.

During their extensive search for Darby, the couple had been told that dogs that were being stolen from homes around the city were used as “bait dogs.”

“They would use the pets as bait to train pit bulls to aggressively fight to the death,” Francesca said. “This terrible act was to ready the pit bulls to compete in illegal dog fights.

“This was a horrifying thought.”

Derek had adopted Darby, a rescued terrier mix of unknown parentage, from his roommate years prior, after two tours flying Apache helicopters in Iraq. Although Derek wasn’t keen on adopting a dog, this rescue dog won over his heart.

“[Derek] would take [Darby] everywhere with him: the dry cleaners, on fishing trips, trips home to visit family, the sandwich shop, and even the neighborhood dive bar,” she shared. “She is a very smart dog, personable and outgoing. Everyone loved her, and she never took her eyes off Derek.”

Francesca first met the inseparable duo in New Orleans in 2014.

After Darby went missing, Francesca was heartbroken by her husband’s pain at losing Darby, and thus adopted a bull mastiff puppy named Pippa to complete their pack. Pippa, who bonded with Derek on the very first day, soon became a part of the family.

Five years passed, and the couple often thought of Darby, hoping she had ended up with a family who loved her.

They never expected what happened next.

Derek, now a real estate title attorney, got a call at work on Sept. 17, 2021, from Crooked Creek Animal Hospital in Pelahatchie, claiming they had Darby with them.

“A good Samaritan found Darby by the side of a busy road in Pelahatchie about 30 to 40 minutes from where we live,” said Francesca, who’s a professional horse rider. “The woman put her in her car and drove her to Crooked Creek.

“The vet office scanned Darby for a microchip, then entered her microchip number into the nationwide database, and the system showed she had been reported missing or stolen with Derek’s contact information,” she said.

Darby was in “decent shape” besides a notch in one ear and a few scratches, said Francesca, and it looked as though she had been cared for despite having no collar on.

However, the couple was completely unaware of what had happened to Darby, Francesa said, adding: “If only dogs could talk.”

On hearing the news, Francesca was so overjoyed that she called ahead to ask if a member of staff would film the reunion between Darby and Derek. They obliged, and Francesca later shared the tear-jerking footage on Facebook.

Darby, who seemed as shell shocked as her owner at first, has since become more devoted and more attached to Derek than ever before. Despite initial competition from Pippa, the two dogs have made their peace and “now have their spots next to Derek on the couch, and even in bed,” said Francesca.

Today, the couple lives in Jackson, running their horse import, coaching, and training company, Castlemaine Equestrian, alongside their horses and dogs. If it weren’t for Darby’s microchip, Francesca asserted, she might never have rejoined their pack.

“After our experience, we fully believe in microchips, and would recommend microchipping to anyone with a beloved pet,” she said, “because no matter how careful and responsible a pet owner you are, pets all too often get separated from their families.”

“Collars with identification tags can fall off, or be taken off, but the microchip is there for life,” Francesca added.