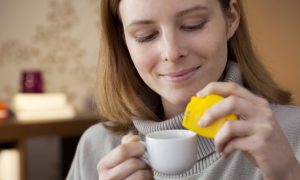 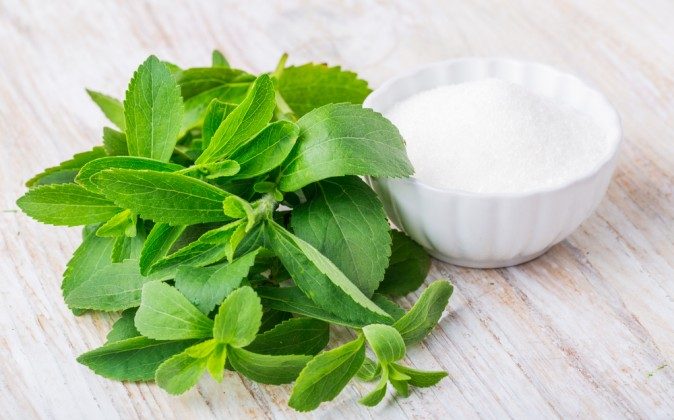 As the dangers associated with refined sugar consumption go mainstream, many people are looking for safe alternatives to satisfy their sweet tooth. And two of the more popular sweetener alternatives on the market today, Stevia and Splenda, claim to provide a safe dose of sweet without the calories and sugar rush. So which one should health-conscious folks choose?

Going into its 16th year on the market in the U.S., Splenda, the active ingredient of which is sucralose, claims to be a no-calorie sugar substitute made from actual sugar. McNeil Nutritionals, LLC, the company that manufacturers Splenda, admits that the product is not natural, but advertising associated with Splenda suggests that it is a lot like sugar.

On its website, McNeil also claims that sucralose is not metabolized by the body into either carbohydrates or calories. Because of this, Splenda is marketed as having no effect on the body other than making food and beverages taste sweet. In other words, a person can eat Splenda and gain no weight, according to the company.

On top of this, McNeil makes the claim in its FAQ (Frequently Asked Questions) section for Splenda that there are “no known side effects” associated with the sweetener, and that more than 110 scientific studies and more than 20 years of research back this claim. Because of this, a person can safely eat as much Splenda as they want, according to the company, and not experience any adverse effects.

These and other claims made on the Splenda website make it seem as though this artificial, chemical-based sweetener is completely safe. But there is a whole different side of the story not being told by McNeil that the public should know.

Splenda Is Not Completely Eliminated by the Body After Consumption

One claim on the Splenda website that is highly misleading involves the body’s response to the chemical. According to McNeil, Splenda passes largely unabsorbed through the body, and does not accumulate in tissue or organs. This is the reasoning behind its branding as a zero-calorie sweetener that does not affect blood sugar levels.

“After it is ingested, most (about 85%) is not absorbed and passes through the body unchanged and in the stool,” explains Splenda’s FAQ section. “Of the small amount that is absorbed, most leaves the body unchanged in the urine within 24 hours.”

This is highly deceptive, however, as studies have shown that at least 15 percent of consumed Splenda is absorbed by the body — and much of this percentage is broken down and absorbed by the body, despite what the company claims. A 2009 study published in the International Journal of Morphology revealed this after researchers studies the two hydrolysis products of sucralose.

“The hydrolysis product 4-CG is excreted, essentially in intact form, in the urine, while 1,6-DCF follows one of two principal metabolic pathways: reduction to 1,6 dichloroaminnitol, rapidly excreted in unaltered form in the urine, or conjugated with glutathione.”

Glutathione, of course, is the body’s master antioxidant, and one of the hydrolysis products of sucralose literally unites with it to exchange genetic material. This can have profound effects on health, potentially leading to an accumulation of sucralose inside the body and the degradation of immune function, not to mention steady alterations to gut flora as a result of the chemical’s consumption.

Even if the body absorbs only 15 percent of Splenda as claimed by McNeil, this “small” amount can create problems as the body does not recognize the identity of this artificial chemical. Since it is technically a chlorocarbon — meaning it contains chlorine — Splenda is a highly toxic poison that could lead to long-term health problems. Is it really worth the risk?

All-natural stevia, on the other hand, is a zero-calorie, plant-based sweetener with no known side effects. Consumed for over 200 years throughout South America, the stevia plant bears leaves that are naturally sweet — up to 400 times sweeter, by volume, than table sugar — and that do not damage gut flora and cause other problems in the same way as Splenda.

The pure extract of stevia leaves contains steviol glycosides that give the sweetener both robust taste and intensity. These glycosides are completely natural, and at least one study has determined that they can actually promote health by blocking inflammation, tumors, harmful pathogens, and other destroyers of health.

Just be sure to avoid chemically-modified versions of stevia extract such as Truvia (Cargill) and PureVia (Pepsico), both of which are made from isolated components of stevia combined with processed fillers. Cargill, the manufacturer of Truvia, has actually been sued for false advertising with regards to Truvia being natural, which it is not.

*Image of “stevia” via Shutterstock