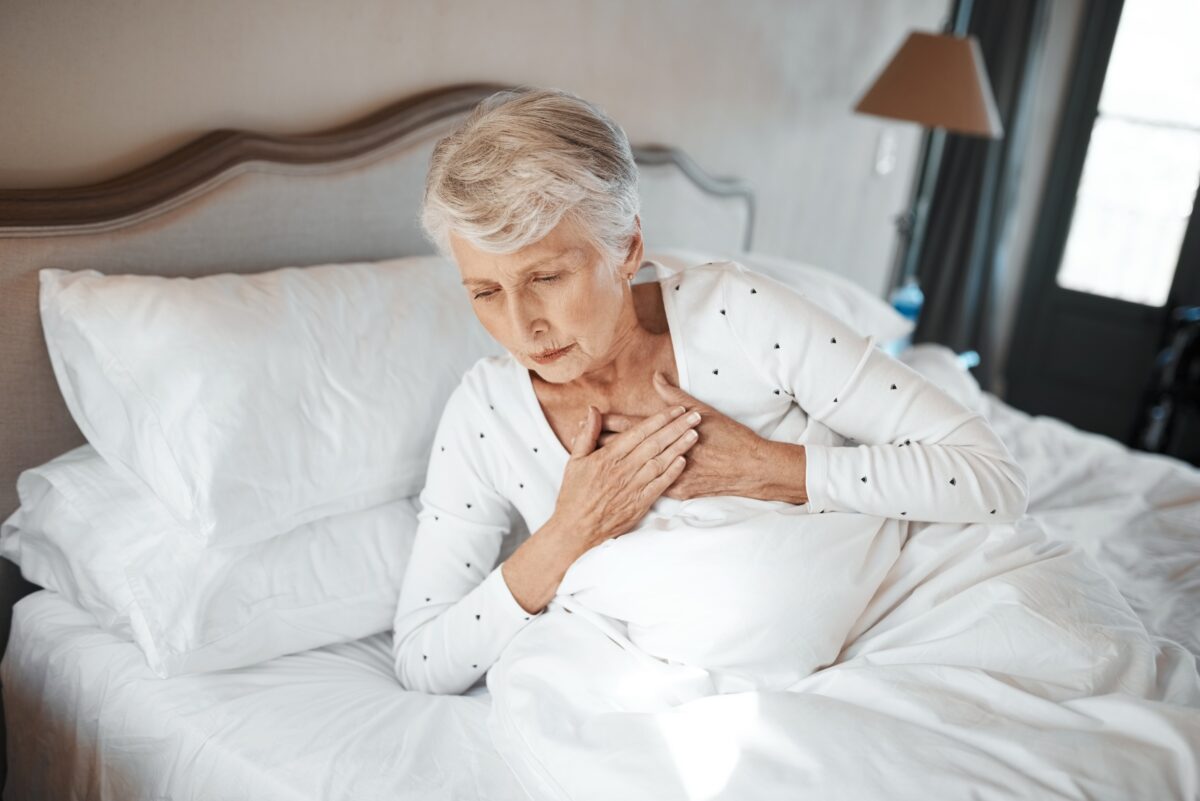 Medication-related harm can be difficult to distinguish from signs and symptoms of disease. (PeopleImages.com - Yuri A/Shutterstock)
Heart Health

Every year, 60,000 people in the UK are diagnosed with heart failure, and many are treated with stents. It’s in a large new study published in the New England Journal of Medicine that my colleagues and I discovered that these procedures are unnecessary.

Heart failure is where the heart muscle becomes weakened, leading to symptoms of severe breathlessness that may cause premature death. The most common cause is blocked blood vessels that reduce blood supply to the heart muscle. This is known as coronary artery disease.

A person with heart failure is treated with medication and sometimes with specialized pacemakers. Despite this treatment, many patients die prematurely or are admitted to hospital with worsening symptoms.

People with heart failure also sometimes have a procedure to insert a stent—a small metal tube that is used to unblock a coronary artery. Stents are placed into the heart arteries by a cardiologist through tubes inserted either into the wrist or the groin and guided by X-rays. Trials have shown that stents are a very effective treatment for people with heart attacks and angina, but their effects in patients with heart failure have remained uncertain.

Some cardiologists had noticed improvements in patients’ symptoms and heart function after stenting, but researchers couldn’t tell if these improvements were directly linked to the stents or if they would have happened anyway with medications. Without proper research, treatment guidelines for the use of stents in patients with heart failure varied, with the National Health Service (NHS) recommending against stenting and European guidelines recommending it in certain patients.

In this latest study, the REVIVED-BCIS2 trial, led by professor Divaka Perera, we tested whether treatment with stents helped patients to live longer or to stay out of the hospital. The trial was a collaboration of 40 NHS Hospitals in the UK and ran from 2013 to 2020.

Patients could be included in the trial if they had severely weakened heart muscle and extensive blockages of the coronary arteries. They also had specialized heart scans performed, so that stenting could be targeted to the areas of the heart muscle that were most likely to recover.

A total of 700 patients took part in the study, and half of them were randomly chosen to receive stents while all patients received standard heart failure treatment. The patients attended follow-up appointments for up to eight years so that their health and heart function could be monitored closely.

An average of 3.4 years after treatment, patients who received stents were just as likely as those who didn’t have died or been admitted to hospital with heart failure, showing that the treatment wasn’t effective.

Our study did show that patients who had stents had a better quality of life in the first year, but after two years, the difference disappeared and patients reported similar health. Although there was no benefit to inserting stents, there was also no sign that stents caused harm.

The results of the trial mean that stents shouldn’t be used to treat patients with heart failure caused by coronary artery disease unless they have another condition, such as angina or a recent heart attack.

The design and the number of patients involved in the trial mean that the answer is clear and further research to address this question isn’t needed at the moment. We’ll spend time looking at the results to try to understand why stenting doesn’t work. Although no benefit was shown, the findings are important, as they mean that patients with heart failure won’t undergo unnecessary procedures. The cost of stenting procedures can also be redirected to providing other treatments and better care for patients with heart failure.

Matthew Ryan is a clinical lecturer at King’s College London. This article was originally published by The Conversation.