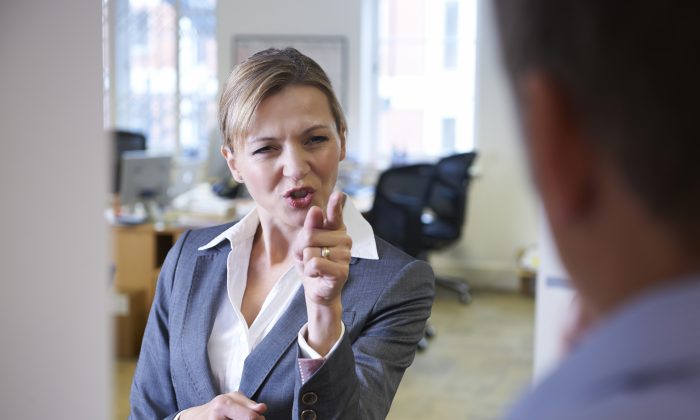 When you’re given even a commonly prescribed medication for a specific condition like high cholesterol, asthma or acne – or even if you’re a woman planning to take birth control pills – you should always be on the lookout for signs of physical side effects. But what you may not have expected, is that such medications can also cause something much more dangerous: They could make you aggressive and violently jealous, suicidal and even homicidal.

As reported by the UK’s Daily Mail Online, these are little-known and understood side effects that were only recently identified, when researchers announced in April that taking statins to lower cholesterol and for heart problems, can actually make some women more aggressive and violent, according to their study which was published in the science journal PLOS One.

Studies have shown that violent prisoners are more likely to have low levels of brain cholesterol.

Millions of people take statins daily, and some government health agencies like Britain’s National Health Service and the Food and Drug Administration in the U.S. have issued some warnings about statins, mostly that they can cause headaches, nausea and pain in muscles and joints.

However, in a study of 1,000 people, researchers at the University of California found a link between statins and aggression, and that it occurred particularly in postmenopausal women over the age of 45. That said, the researchers also found something curious – that the women who were most likely to become aggressive were normally more placid than average.

Most Profitable Drug in History

Among the male test subjects, only three were found to display major increases in aggression, according to Dr. Beatrice Golomb, a professor of medicine who directed the study.

As further reported by the Daily Mail Online:

The association between statins and aggression has been known for more than ten years, thanks to studies by U.S. and Italian researchers (though this is not mentioned on the NHS Choices webpage on statin side-effects), but it is not yet understood why.

One theory is that lower levels of cholesterol in the brain may be to blame. Studies have shown that violent prisoners are more likely to have low levels of brain cholesterol.

Cholesterol enables brain cells to communicate, so behaviour may be affected if it drops.

Golomb said that statins can raise levels of testosterone, and can also interrupt sleep, both of which would tend to boost irritability and aggression.

The research team found a number of disturbing cases of advanced aggression, including one 59-year-old man who had never before exhibited signs of aggression. In his case he was reported to have chased his wife and threatened to kill her, but six weeks after he stopped taking a statin medication, he went back to his normal, placid self.

In another case, a 46-year-old women reported that she treated her husband “very badly” for the nine months she was taking statin drugs, but she, too, returned to her good-natured self six weeks after going off them.

Cracking the Cholesterol Myth: How Statins Harm the Body and Mind

In his blog, board-certified family physician Dr. David Brownstein, one of the foremost practitioners of holistic medicine, notes that statins are some of the most profitable drugs in history, adding that in the U.S., one-in-three adults is currently taking a statin medication.

He adds that if the Big Pharma powers and traditional medical community ever get their way, all adults over 50 will be on a statin.

“Why do so many people take a statin drug? Statins are prescribed for elevated cholesterol levels with the idea that statin use will lower the mortality from heart disease. What most health care providers and patients don’t know is that twenty years of research has failed to show that statin use significantly lowers the risk of dying from heart disease,” Brownstein wrote.

He’s right, of course: Heart disease is the No. 1 killer in the U.S., and has been for decades.

“You will need to take a statin medication—which poisons a crucial enzyme in your body—for two to six years to live a few more days,” Brownstein wrote, citing evidence from a study published the British Medical Journal. “I guess a few extra days would be ok if statins were inexpensive and not associated with serious adverse effects. However, neither is true.”

5 Great Reasons Why You Should Not Take Statins