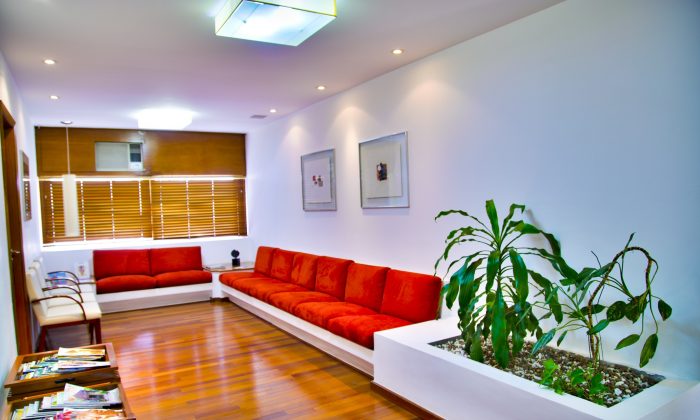 Since his graduation last year from the University of San Diego, Brown has held a series of jobs that have taken him to several California cities. As a young person in a nomadic state, Brown said he prefers finding a walk-in clinic on the rare occasions when he’s sick.

“The whole ‘going to the doctor’ phenomenon is something that’s fading away from our generation,” said Brown, who now lives in Daly City outside San Francisco. “It means getting in a car [and] going to a waiting room.”

In his view, urgent care, which costs him about $40 per visit, is more convenient. “Like speed dating,” he said. “Services are rendered in a quick manner.”

Brown’s views appear to be shared by many millennials, the 83 million Americans born between 1981 and 1996 who constitute the nation’s largest generation. Their preferences—for convenience, fast service, connectivity, and price transparency—are upending the time-honored model of office-based primary care.

Many young adults are turning to a fast-growing constellation of alternatives: retail clinics carved out of drugstores or big-box retail outlets, free-standing urgent care centers that tout evening and weekend hours, and online telemedicine sites that offer virtual visits without having to leave home. Unlike doctors’ offices, where charges are often opaque and disclosed only after services are rendered, many clinics and telemedicine sites post their prices.

A national poll of 1,200 randomly selected adults conducted in July by the Kaiser Family Foundation for this story found that 26 percent said they did not have a primary care provider.

There was a pronounced difference among age groups: 45 percent of 18- to 29-year-olds had no primary care provider, compared with 28 percent of those 30 to 49, 18 percent of those 50 to 64 and 12 percentage 65 and older. (Kaiser Health News is an editorially independent program of the foundation.)

A 2017 survey by the Employee Benefit Research Institute, a Washington-based think tank, and Greenwald and Associates yielded similar results: 33 percent of millennials did not have a regular doctor, compared with 15 percent of those age 50 to 64.

“There is a generational shift,” said Dr. Ateev Mehrotra, an internist and associate professor in the Department of Health Care Policy at Harvard Medical School. “These trends are more evident among millennials, but not unique to them. I think people’s expectations have changed. Convenience [is prized] in almost every aspect of our lives,” from shopping to online banking.

So is speed. Younger patients, Mehrotra noted, are unwilling to wait a few days to see a doctor for an acute problem, a situation that used to be routine. “Now,” Mehrotra said, “people say, ‘That’s crazy, why would I wait that long?’”

Until recently, the after-hours alternative to a doctor’s office for treatment of a strep throat or other acute problem was a hospital emergency room, which usually meant a long wait and a big bill.

For decades, primary care physicians have been the doctors with whom patients had the closest relationship, a bond that can last years. An internist, family physician, geriatrician, or general practitioner traditionally served as a trusted adviser who coordinated care, ordered tests, helped sort out treatment options, and made referrals to specialists.

But some experts warn that moving away from a one-on-one relationship may be driving up costs and worsening the problem of fragmented or unnecessary care, including the misuse of antibiotics.

A recent report in JAMA Internal Medicine found that nearly half of patients who sought treatment at an urgent care clinic for a cold, the flu, or a similar respiratory ailment left with an unnecessary and potentially harmful prescription for antibiotics, compared with 17 percent of those seen in a doctor’s office. Antibiotics are useless against viruses and may expose patients to severe side effects with just a single dose.

“I’ve seen many people who go to five different places to be treated for a UTI [urinary tract infection] who don’t have a UTI,” said Dr. Janis Orlowski, a nephrologist who is chief health care officer at the Association of American Medical Colleges (AAMC). “That’s where I see the problem of not having some kind of continuous care.”

“We all need care that is coordinated and longitudinal,” said Dr. Michael Munger, president of the American Academy of Family Physicians, who practices in Overland Park, Kansas. “Regardless of how healthy you are, you need someone who knows you.” The best time to find that person, Munger and others say, is before a health crisis, not during one.

And that may mean waiting weeks. A 2017 survey by physician search firm Merritt Hawkins found that the average wait time for a new-patient appointment with a primary care doctor in 15 large metropolitan areas is 24 days, up from 18.5 days in 2014.

Wait times for new patients may reflect a shortage of primary care physicians, according to the AAMC, or a maldistribution of doctors, other experts argue. Meanwhile, primary care alternatives have exploded.

There are now more than 2,700 retail clinics in the United States, most in the South and Midwest, according to Rand Corp. researchers.

Many are hiring additional physicians and nurse practitioners to see patients more quickly. They have rolled outpatient portals and other digital tools that enable people to communicate with their doctors and make appointments via their smartphones. Some are exploring the use of video visits.

Mott Blair, a family physician in Wallace, North Carolina, a rural community 35 miles north of Wilmington, said he and his partners have made changes to accommodate millennials, who make up a third of their practice.

“We do far more messaging and interaction through electronic interface,” he said. “I think millennials expect that kind of connectivity.” Blair said his practice has also added same-day appointments.

Although walk-in clinics may be fine as an option for some illnesses, few are equipped to provide holistic care, offer knowledgeable referrals to specialists, or help patients decide whether they really need, say, knee surgery, he noted. Primary care doctors “treat the whole patient. We’re tracking things like: Did you get your mammogram? Flu shot? Pap smear? Eye exam?”

Dr. Nitin Damle, an internist and past president of the American College of Physicians, said that young people develop diabetes, hypertension, and other problems “that require more than one visit.”

“We know who the best and most appropriate specialists in the area are,” said Damle, an associate clinical professor of medicine at Brown University in Providence, Rhode Island. “We know who to go to for asthma, allergies, inflammatory bowel disease.”

Marquenttha Purvis, 38, said her primary care doctor was instrumental in helping arrange treatment for her stage 2 breast cancer last year. “It was important because I wouldn’t have been able to get the care I needed” said Purvis, who lives in Richmond, Virginia.

Sometimes the fragmented care that can result from not having a doctor has serious consequences.

Orlowski cites the case of a relative, a 40-year-old corporate executive with excellent medical insurance. The man had always been healthy and didn’t think he needed a primary care physician.

“Between treating himself and then going to outpatient clinics,” he spent nearly a year battling a sore throat that turned out to be advanced throat cancer, she said.

For patients without symptoms or a chronic condition such as asthma or high blood pressure, a yearly visit to a primary care doctor may not be necessary. Experts no longer recommend the once-sacrosanct annual physical for people of all ages.

“Not all access has to be with you sitting on an exam table,” Munger said. “And I may not need to see you more than every three years. But I should be that first point of contact.”

Caitlin Jozefcyk, 30, a high school history teacher in Sparta, New Jersey, uses urgent care when she’s sick. She dumped her primary care doctor seven years ago because “getting an appointment was so difficult” and he routinely ran 45 minutes behind schedule. During her recent pregnancy, she saw her obstetrician.

Jozefcyk knows she’s not building a relationship with a physician—she sees different doctors at the center—but “really likes the convenience” and extended hours.

Digital access is also important to her. “I can make appointments directly through an app, and prescriptions are sent directly to the pharmacy,” she said.

After years of going to an urgent care center or, when necessary, an emergency room, Jessica Luoma, 29, a stay-at-home mother in San Francisco, recently decided to find a primary care doctor.

“I’m very healthy, very active,” said Luoma, who has been treated for a kidney infection and a miscarriage.

Luoma said her husband pushed her to find a doctor after the insurance offered by his new employer kicked in.

Sandra G. Boodman is a reporter for Kaiser Health News (KHN) which is a national health policy news service.