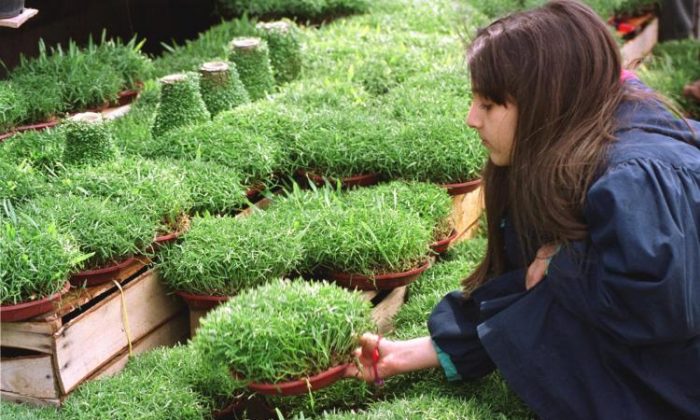 Whether you are experiencing less than peak health or just like to take care of yourself, then sprouted seeds from edible grains are one of the simplest and most economical ways to ensure you are giving your body the peak nutrition it requires to achieve a healthy state of balance.

Seeds, nuts and beans can be easily sprouted from the comfort of your own home. They will be ready to eat within a few days and unlike fruit and vegetables, don’t require that you become an overnight expert in organic gardening and composting techniques—as rewarding as these pastimes may be.

The dormant seed is a storehouse of goodness just waiting to burst into life. Water, air and a suitable temperature trigger complex biochemical processes by which an astonishing amount of energy is released. When the shoot appears, we know that vitamin C is present and when those first two leaves sprout, chlorophyll has arrived on the scene. At this stage, the sprout is a perfectly balanced food, full of living energy, with the goodness of both seeds and vegetables.

Sprouting Through The Ages

Sprouts, both as food and medicine, have been documented in cultures all over the world. They predate the Bible and ancient manuscripts record that by 3000BC, the use of sprouts was common place in Chinese cuisine.

Li Shih Chen’s Pen Ts’ao Kang is a classic work of Chinese herbal medicine dating back to the 16th century. Mr Chen recommends sprouts for various conditions, including rheumatism and dropsy. He also prescribes them as an anti-inflammatory and general tonic.

The Hunzas, who live in the harsh Himalayan mountain region and who routinely live past 100 years of age in good health, also reputedly rely on sprouts as a vital source of vitamins and minerals.

They are also important when food stores run out at the end of a long, cold winter and before crops can be harvested in Spring.

In the 18th century, Captain Cook introduced sprouts to British Naval ships to prevent scurvy on long journeys, which up until that time could claim the lives of approximately half of their crews. British and Indian forces in World War I also prevented outbreaks of scurvy with the inclusion of sprouts, which unlike fresh vegetables and citrus, were easily transported to the frontline.

Similarly, in World War II, the American Government initiated and funded a campaign to encourage the use of sprouts among the populace so as to prevent protein shortages like those that were occurring in Europe at the time.

Seeds for sprouting are available in most supermarkets and health food stores. Fresh seeds should germinate at a rate upwards of 80 per cent. If a large amount of the seeds you are using don’t germinate, then they probably aren’t fresh. Most varieties of seeds are best sprouted in a glass jar. Simply drop a handful of seeds into the jar, then cover with a piece of non-toxic mesh or cheese cloth. Soak them overnight and in the morning rinse them out and place the jar on a slope to drain. Continue to rinse thoroughly 2-3 times a day, leaving the jar on an angle so the water drains and air can circulate.

You can also sprout your own seeds at home by planting them in a seed raising tray filled with high quality organic soil mix. This method is especially good for wheatgrass.

There are many seeds that lend themselves well to sprouting. Some of the most popular types are: Alfalfa–Has an abundance of vitamins, minerals and chlorophyll. It is alkalising so it is good for counteracting diets high in white bread and sugar, and for people suffering from arthritic-type disease processes.

Buckwheat–High in vitamins A and C, calcium, lecithin and chlorophyll. Useful for adding to soups, salads and as a base for a delicious pancake mix.

Wheatgrass–An excellent source of vitamin E, vitamins, minerals and also has the ability to purify chemical impurities in water!

Mung beans–A rich source of protein, vitamin C, potassium and iron. Great in sandwiches, salads, soups and green smoothies. You can sprout most types of beans and peas, and many varieties of seeds, including pumpkin, sunflower, sesame and fenugreek.

If you are feeling adventurous, then sprouted almonds and cabbage are tasty additions to any meal.