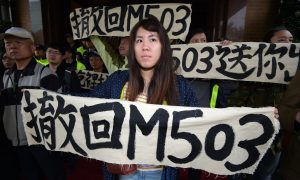 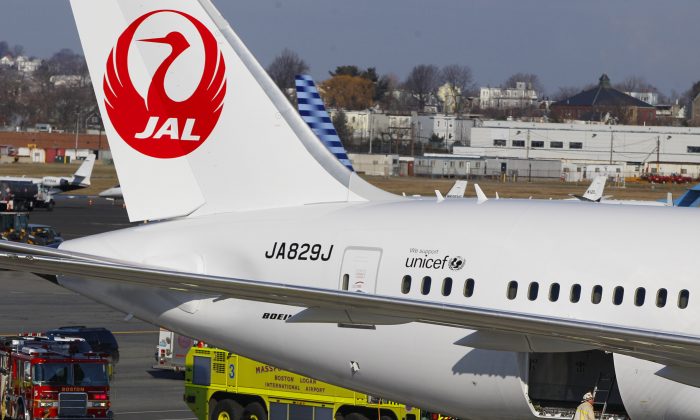 South Korea, Japan Set to Back Air Traffic Deal After Near Misses

MONTREAL/HONG KONG—South Korea and Japan are setting aside historical grievances to redraw responsibilities for air traffic control over the East China Sea following recent near misses.

Responsibility in the “AKARA corridor” through South Korean airspace is currently split, with South Korean controllers shepherding north-south flights, and Japan’s directing east-west flights, many of them in and out of Shanghai.

But South Korean and Japanese air traffic controllers operate on different radio frequencies, making communications more difficult for pilots who may be dealing with in-flight emergencies, or needing to change altitude to avoid turbulence or bad weather.

An agreement in principle has been reached for South Korea to take over Japan’s role, the United Nations aviation agency said on Wednesday night.

“The proposal we have put forward has been accepted by the three states,” International Civil Aviation Organization (ICAO) Council President Olumuyiwa Benard Aliu said in an interview with Reuters. “The glory actually goes to the states who were able to work together to find a solution.”

Aliu said he expects the agreement to be formalized in January or February 2020 and would take effect in April.

The compromise comes despite decades of strained relations between Seoul and Tokyo over their wartime past, exacerbated in recent months by a simmering trade dispute. South Korean airlines have cut flights to Japan due to a plunge in passenger demand.

Aliu declined to comment on relations between the two countries.

Airline trade group International Air Transport Association (IATA) said in a statement that it knows the deal “will have a positive impact on safety and efficiency.”

The dangers were laid bare by two recent near-misses between planes that were blamed on conflicting air traffic control rights. Earlier this year, two commercial aircraft flew too close, and in 2018 a FedEx plane nearly collided with two Korean low-cost carrier jets.

“The risk posed by the current configuration is known and generally well mitigated,” said one source familiar with the ICAO-led talks and the region. “However, mistakes can happen, and two errors, one in 2018 and another in 2019, highlighted this concern.”

The present arrangements were drawn up in 1983 when South Korea had no diplomatic relations with China, and there were only around 10 flights a day in the corridor.

Since then, the corridor has become one of the busiest portions of airspace in the Asia-Pacific region, with 800 flights daily. Montreal-based ICAO recognized the urgent need to streamline traffic control. The corridor is expected to become even busier next year as Japan prepares to receive more traffic ahead of the 2020 Summer Olympics in Tokyo.

“I personally got concerned about the situation,” said Aliu, who was directly involved in the talks. “Because, as you know, we will have the Tokyo Olympics coming, and that will also mean many more flights.”

Under the new deal, Japan will benefit from an additional air route, Aliu said.

A deal could lead to further additional routes, with an airway between China and Korea to be discussed after the Olympics.

Andrew Herdman, director-general of the Association of Asia Pacific Airlines, said the prospective changes would help capacity and operational efficiency.

The Civil Aviation Administration of China could not be reached for comment. An official at South Korea’s Transport Ministry said Wednesday it had raised the air traffic control issue with ICAO and remained in negotiations with Japan.

An official at Japan’s Transport Ministry said his country was discussing the AKARA corridor with other countries following ICAO principles.

By Allison Lampert in Montreal, Jamie Freed in Hong Kong, Heekyong Yang in Seoul, Junko Fujita in Tokyo, and Stella Qiu in Beijing.

By Allison Lampert in Montreal, Jamie Freed in Hong Kong, Heekyong Yang in Seoul, Junko Fujita in Tokyo, and Stella Qiu in Beijing.