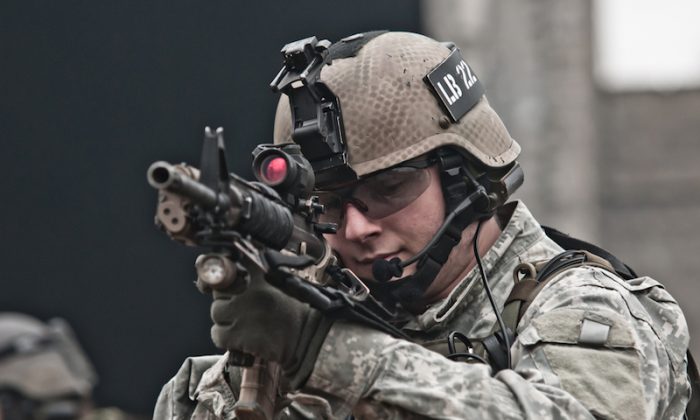 UK Soldiers Surprisingly Resilient to PTSD After Iraq and Afghanistan

Despite prolonged combat missions and a bigger than expected death toll in operations in Iraq and Afghanistan, soldiers are a resilient bunch when it comes to mental health – and especially those in elite forces.

Military personnel are considered a high-risk group for mental health problems, but a new study from researchers at King’s College London suggests that things have improved since the Gulf War in 1990, when up to a quarter of returning UK troops reported ill health, including “Gulf War Syndrome.”

Although prolonged conflict led to significant casualties, including dealing with a difficult counterinsurgency in Iraq after 2003 and repeated exposure to improvised explosive devices and suicide bombers, there had been no overall increase in psychological problems – particularly Post Traumatic Stress Disorder (PTSD) – in regular troops. While rates of PTSD in returning soldiers ranged between 1.3% and 4.8%, the rate for the general public was around 3%. Rates of suicide and self-harm were also lower than the general population, except for army recruits under the age of 20.

But the study, which involved analysing 34 pieces of published research on the psychological impact of deployment in Iraq and Afghanistan over the past 15 years and published in the Journal of The Royal Army Medical Corps, found certain groups were more vulnerable (those involved in direct combat had a rate of about 7%) or more resilient (elite forces such as Royal Marines). They also found that alcohol problems were an ongoing concern and affected up to one in five regular soldiers.

The most common problems reported by soldiers who have served in Iraq and Afghanistan were depression and anxiety (although there’s no evidence that this was any more common than in other troops or the general UK population) and the researchers said combat troops were twice as likely to suffer mild traumatic brain injury – or concussion. Aggressive and/or violent behaviour were more likely to be reported in those returning from duty.

Neil Greenberg, a psychiatrist at King’s College London who has served in Iraq and Afghanistan and co-authored the report, said there were no particular peaks or troughs through different phases of military operations in both countries, though there was a rise in the number of reports of PTSD over a few years after return. “It might be troops thinking about it more once they’re back,” he said.

The researchers, who consulted similar American data for US soldiers, found that the UK troops were faring better, although they suggest that this may have more to do with deployment periods – US soldiers typically deploy for a year, while UK troops do six months.

Jennifer Wild, a clinical psychologist at Oxford University who has treated soldiers with PTSD, said treatment involved confronting issues that soldiers might try hard to avoid but which exacerbates the problem. “We use trauma-focused CBT, which tackles a series of negative behaviours,” she said. “One soldier I treated would avoid places in London where women were more likely to be wearing burqas for example. It might also be that a soldier avoids sleeping because it leads to nightmares or they avoid thinking about a specific experience.”

“We would look at that behaviour and talk it through so that it has an end. They may have unhelpful beliefs about how they behaved during combat.”

Wild said certain factors were associated with a higher chance of suffering PTSD including low socio-economic status, lower intelligence, exposure to prolonged trauma, being female, a history of trauma and in those who were prone to neurosis and even those with sleep problems. One study suggested a smaller hippocampus, the part of the brain linked to memory, might play a part. Another avenue of investigation is whether anger might be an indicator for PTSD.

Severe cases of PTSD can be especially devastating. And an inquest last year into the death of Lance Sergeant Dan Collins showed how important it was to have the right support. After surviving a tour in Afghanistan in which he was shot and saw his best friend killed, he suffered nightmares and depression that ultimately contributed to his death. An army investigation found that the remoteness of his treatment for PTSD contributed to his death.

But the authors of the study and other experts have strongly suggested that the reason for low rates of PTSD and higher than expected resilience is in part due to heavy investment by the army in initiatives to mitigate the effects of inevitable trauma once soldiers return home.

Peter Kinderman, a clinical psychologist at the University of Liverpool, said there was much more understanding about the nature of psychological risk and the idea that some people were more resilient than others. He said the army had come a long way since the days when soldiers were just expected to get on with it.

“In the World War I, the dominant model of mental illness was vague and unspecified and supported the view that some people just develop problems and if you did, it was your problem,” he said. “But that changed when junior officers such as lieutenants and captains from good backgrounds, who were expected to lead from the front, suffered not just a very high rate of physical casualties but also high levels of shell shock.

“It was very difficult to suggest these were non-resilient types, and led to a rethinking of the idea that it was due to personal failure or inadequacy but an inevitable consequence of inescapable stress.”

Sending out the message that “war will not be easy, but will be very difficult” and that responses to stress such as flashbacks can be expected will have had a big impact, Kinderman said.

Greenberg suggested that low PTSD in elite forces could be in part because of a selection process that tended to attract people from higher socio-economic backgrounds and training that left soldiers more prepared. While there were “a lot of variables” that included training, Kinderman said, support and possibly more investment in elite forces was a more likely reason. Elite and regular soldiers weren’t intrinsically different, he said.

“If cases of PTSD and mental health problems are lower than we feared and our armed forces are being well looked after then it is probably a reflection of that,” he said. “So if you get lower levels in elite forces, why use a different argument? I suspect it’s even more true in elite forces.”

*Image of a soldier in Iraq by Shutterstock