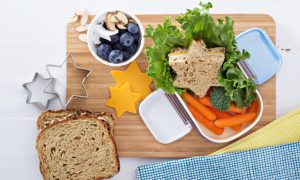 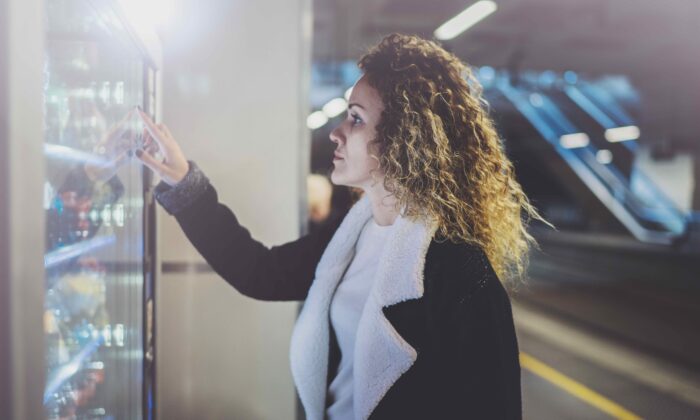 Cakes, biscuits, and energy bars are, for many people, just staples of everyday life—the snacks that keep them going through the day.

But most people don’t realize just how easy it is to over-consume calories while snacking. Women are advised to consume 2,000 calories a day and men 2,500. And the United Kingdom’s National Health Service suggests aiming to have a balance of 400 calories for breakfast, 600 calories for lunch and 600 calories for the evening meal—leaving the remainder for drinks and healthy snacks.

But research from the UK’s Behavior Insight Team, also known unofficially as the “Nudge Unit,” found that adults may be consuming an average of 3,000 calories a day without realizing it, partly due to snacking.

This is particularly significant given the rise in obesity in children and the fact that 64 percent of young people snack outside of mealtimes—with the majority of these snacks being high in fat, sugar, and salt.

According to a recent paper, there are many reasons why people snack. It could be down to hunger and the need to eat, or more “distracted eating”—eating too much food while playing a game or watching TV. Many people also eat out of habit or association, such as at the cinema or when meeting a friend for coffee and cake.

The wide range of snacks available to shoppers is now evident in all outlets—in shops, transport hubs, and vending machines. But rarely are these snacks of the healthy variety—think snack bars, chips, and chocolate. And these can often tip daily calories into excess without people realizing—which can lead to weight gain.

But rather than banning snacking on public transport altogether—as has recently been suggested by former chief medical officer Dame Sally Davies—food labeling, education, and “choice architecture” (this is the way food is displayed to enable healthier choices) should be implemented more widely to help nudge people in the right direction.

This is important, because generally if people are hungry, they eat what’s there. So providing healthy options at an affordable price should help people make better choices. Indeed, when it comes to eating healthily, the British Nutrition Foundation also recommends that people plan ahead and rethink their portion sizes in a bid to cut out excessive eating.

Snacking today is just a normal part of eating for many. Indeed, the food industry has lured people into believing they cannot sustain themselves without the input of several hundred calories between meals—and a whole “snack” industry has been established.

Eating habits have drastically changed over the years—with people now more likely to eat out while consuming less home-cooked food. According to the National Food Survey, in the 1950s, most households didn’t eat out—compare this with survey results from 1983, by which time most people ate three meals a week outside their home.

Today, traditional family meals have been largely replaced by meals in front of the TV. Home cooking has also declined and been replaced by ready meals. People now also eat out more often, regularly order takeout, and they snack between meals.

Combine this with a food industry that’s selling for the benefit of the industry and not the health of the individual, and it’s not surprising that unhealthy food culture and snacking is now seen as normal.

But small swaps can make a big difference in overall calories. So next time you’re peckish, consider an alternative—a banana, a small handful of nuts, or plain low-fat yogurt and fruit. All of which will fill you up and provide nutrients, rather than the added sugar and fat you don’t need in your diet.

Ruth Whiteside is a senior lecturer in public health nutrition at Sheffield Hallam University in the UK. This article was originally published on The Conversation.