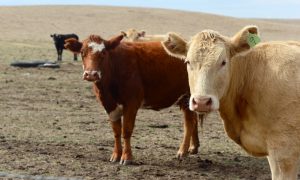 Smoking is one of the leading preventable causes of death in the world. In most wealthy countries, smoking has been declining for decades.

Public health experts and anti-smoking groups have for many years advocated for restrictions on the marketing of tobacco products in general and cigarettes in particular. In response, governments in wealthy countries have banned most or all advertising, and many have banned sponsorship and other explicit forms of marketing of cigarettes.

Many public health advocates say these restrictions do not go far enough and have called for the elimination of brand identifiers such as logos and colours on cigarette packs. Some experimental evidence suggested that such plain packs would encourage smokers to perceive cigarettes less favorably, which might lead them to quit.

However, this optimism was tempered by evidence that even restrictions on advertising have had at best a small influence on the decline in smoking (most of the decline can be traced to a better understanding of the risks of smoking, in large part a result of public information campaigns, and taxes on cigarettes).

In 2011, Australia’s government introduced legislation mandating that cigarettes be sold in “plain packages” (i.e., without brand logos and colours). The legislation came into effect in late 2012. (Australia had already banned practically all tobacco advertising and other forms of marketing. In 2006, it had introduced a requirement that cigarette packs display graphic health warnings on a substantial proportion of their surface area.)

Some studies (such as a survey carried out when plain packaging was being introduced, an analysis of calls to a smoking cessation hotline, and a survey of outdoor smoking habits) suggest that plain packaging has indeed, made cigarettes less desirable to smokers and has increased thoughts of quitting.

However, an online survey of smokers carried out in two phases, the first a month before and the second six to eight weeks after the introduction of the plain packaging rules, suggest that the impact of the rules on quitting tendencies is probably small. Moreover, many smokers engaged in defensive behaviors such as covering up health warnings, and did not report changing brands or a significant increased tendency to quit. This finding was corroborated by another survey that found that in the year to July 2013 the proportion of smokers in Australia had not declined since the introduction of plain packaging.

A study looking at discarded packs and other data suggests that consumption of cigarettes in the year to July 2013 remained at the same level as in 2012, but found that the proportion of illicit cigarettes had increased substantially. This is corroborated by the most recent Annual Report of Australia’s Customs and Border Protection Service, which indicates that the number of illicit cigarettes entering Australia has indeed risen dramatically in the past three years.

The discarded pack study concluded that contraband—much of which is in the form of finished cigarettes that are not legally sold anywhere in the world, known as “illicit whites”—now accounts for more than half of illegal sales and about 7.5% of all sales. Part of the blame for the increased availability of illicit whites lies with a 25% increase in excise tax on tobacco introduced in 2010. But, since most of the increase in their market share occurred in the past 18 months, part of the blame almost certainly rests with the plain packaging rules.

The wide availability of illicit whites in Australia means it is highly likely that adolescents now have greater access to cigarettes than previously—and at lower prices.
Moreover, these “illicit whites” have no health warnings. Given the contribution of plain packaging in Australia to the rise of the illicit white, it seems reasonable to conclude that it has been counterproductive.

While motivated by the best of intentions, plain packaging’s effects appear to have been less than desirable. Other countries contemplating the introduction of plain packaging would be well advised to postpone any decision until its effects in Australia are better understood.