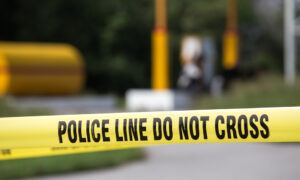 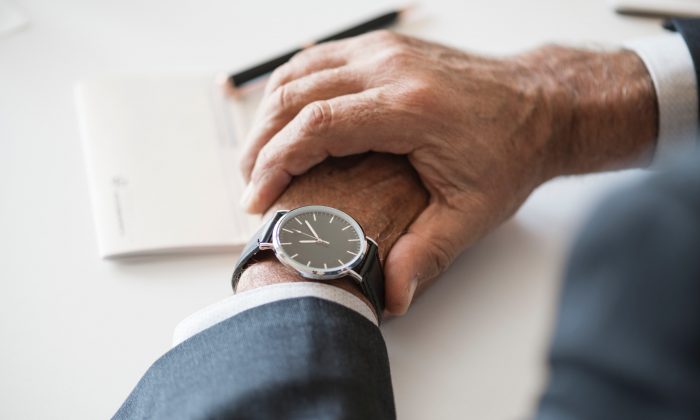 Doctors are left watching the clock instead of tuning into their patients as industrial medicine turns patients into widgets. (rawpixel.com/Unsplash)
Treatments and Techniques

Doctors have been treating the sick since forever. But in the past few decades, medicine has undergone a drastic change.

Much of the change has been positive; because of new technology and scientific insight, countless lives have been saved and extended. Yet, some trends in medicine may be hurting patients and doctors—and wasting money.

Dr. Victoria Sweet first shone a light on some of the blights of our medical system in her 2012 book, “God’s Hotel.” It tells of Sweet’s more than 20 years working at Laguna Honda Hospital in San Francisco. The facility was unique because, for a time, it was able to preserve a model of care that’s nearly vanished today.

Sweet resigned from Laguna Honda when she saw it take on the same unsavory traits she had seen infect the rest of the medical system—an increasingly bureaucratic model of care, in which doctors got less and less time to spend with patients, and fewer meaningful opportunities to apply their knowledge.

“At every talk I go to around the country, somebody raises their hand and says the same thing: ‘My doctor doesn’t look at me anymore.’ It’s terrible for the doctors and terrible for the patients,” Sweet said.

Doctors used to be in charge of care, so they took however much time they thought was necessary with a patient. But starting in the late 1970s, as insurance companies, HMOs, and private organizations all got interested in the health care racket, new policies cut physicians’ time short.

In pursuit of efficiency and profit, some primary care doctors working in hospitals are now expected to see a different patient every 11 minutes.

Speeding production may work for other industries, but applying an assembly-line mentality to medical care may be counterproductive. In her new book, “Slow Medicine: The Way to Healing,” Sweet shows how important it is for doctors to have adequate time to consider their cases.

“When doctors have enough time to do a good job and do the right thing, you can actually save money,” she said, “because when doctors don’t have enough time, they get the wrong diagnosis. Nothing can be more inefficient than that.”

If our meals deserve more mindfulness, our medicine certainly does as well.

An amazing amount of information is contained in a doctor’s mind: anatomy, microbiology, pharmacology, and more. Modern tools can certainly help with diagnosis and treatment, but there remains a process of putting the pieces together that no technology can replace. Good care still requires careful examination and a thoughtful approach.

However, with only a few minutes with each patient, doctors have little opportunity to explore the narrative thread that connects patients with their symptoms and charts. In a time crunch, doctors are typically left with only two choices: prescribing a drug or ordering a test.

“If you don’t feel good, I’ll order a bunch of lab tests. What else am I going to do? Back pain: Get an MRI, because I don’t have the time to examine your back pain. If I did, I wouldn’t order the MRI,” Sweet said.

In most cases, Sweet said she could find the underlying cause of a patient’s back pain without an MRI. It would take a bit more time, but when you compare an extra $100 doctor’s fee with an unnecessary $1,800 MRI, the choice is clear.

When doctors don’t have enough time, they get the wrong diagnosis. Nothing can be more inefficient than that.
— Dr. Victoria Sweet, author

Similarly, prescriptions provide a quick answer to patient complaints. However, when the drugs pile up, lots of money is wasted at the expense of patients’ health.

It takes a doctor with extra time to clean up the mess. When Sweet worked at the hospital, the average patient who came in was taking 15 to 26 medications. These were sick individuals, yet most of the drugs they had been prescribed were no longer relevant. Their prescribing doctors just didn’t have the time to review their cases.

“I figured out that, on average, a pill probably costs about $10 a day,” Sweet said. “So when I cut them back from 15 medications to four, I was saving $110 a day—plus the adverse reactions, the side effects, and the nurse—for just a few hours of my time.”

While the architects of the modern medical system saw great potential in preliminary models, it’s been a different story in practice. That’s why Sweet challenges policymakers to see whether their full-speed format really is as efficient as they say.

“Why not have a study where you take a group of patients and let them have as much doctor time as they need, and see if that’s more expensive?” asked Sweet, pointing to studies that show that when doctors are given enough time, ER visits drop by 40 percent and hospitalizations by 15 percent.

Dr. David Meltzer is one researcher who’s putting the status quo to the test. Meltzer, a practicing internist and professor at the University of Chicago with a doctorate in economics, has researched how the conventional model of care compares to the continuity of care.

In the conventional model, patients are handed over to hospital physicians when they are admitted. Primary care doctors are often so busy seeing patients in their clinic that they don’t have time to go see these patients when they’re admitted to the hospital.

In the continuity of care model, primary physicians play an active and important role in their patient’s care, even after hospitalization.

In the most recent study on this subject that Meltzer participated in, researchers looked at how often dementia patients were put on feeding tubes when admitted to a hospital.

“Hospitalized dementia patients in hospitals in which continuity of care was lower had higher rates of feeding tube insertions,” concluded the study, published in May 2020.

In one of Meltzer’s earlier studies, one group of doctors was allowed to concentrate on a smaller pool of patients, so that they can follow those that end up in the hospital. The other group stuck with the standard model: Patients see a different doctor when they’re hospitalized.

After studying this problem for some time, Meltzer has come to be a firm supporter of continuity of care. He argues that having hospital specialists take over has raised costs and hurt patients.  Meltzer links continuity of care to fewer hospitalizations and better mental and physical health.

Sweet notes a growing trend of doctors who are ditching the hospital system and adopting a private, concierge-type practice.

“We probably can’t have a health care system where doctors can spend all the time they want with every patient they see,” Meltzer said. “But we also don’t want one where you’re paid to spend little snippets of time with people. It’s not enough to meaningfully make a difference for those patients.”

Evaluating every aspect of our medical system may take decades. But many physicians are already fed up with conventional care. Sweet notes a growing trend of doctors who are ditching the hospital system and adopting a private, concierge-type practice.

In these practices, doctors work for themselves, so they can control how many patients they see and the form their records take. Some concierge doctors don’t even take insurance; patients just pay directly as they would for any other service.

“We’re not any more expensive than going to a fancy salon,” Sweet says.

This model may also provide more value to the consumer because it removes some of the middlemen that drive up costs.

“We only spend 15 percent of our health care dollar on all the people who give you health care: doctors, nurses, psychiatrists, acupuncturists, rehab, all those people,” Sweet said. “We spend more on advertising and marketing than we do on the docs.”

Whatever form the health care of the future may take, Sweet urges us not to put all the responsibility on our doctors. Instead, we should each strive to be the primary advocate for our own well-being. Keep up with the basics: Get enough sleep, eat right, and exercise. Avoid the doctor, if you can.

“All the way back to the Middle Ages, people would say, ‘Even if you don’t have a doctor, you have three doctors: Dr. Diet, Dr. Quiet, and Dr. Merryman,’” Sweet said. “Do the things that keep you healthy.”

Just as with everything else in our lives, computers have become a fundamental part of our medical system. In some cases, they hurt more than they help.

In his book “The Digital Doctor: Hope, Hype, and Harm at the Dawn of Medicine’s Computer Age,” Dr. Robert Wachter examines the ways in which technology impacts the doctor-patient relationship.

“What I’ve come to understand is that computers and medicine are awkward companions,” Wachter writes. “The simple narrative of our age—that computers improve the performance of every industry they touch—turns out to have been magical thinking when it comes to health care.”

For many doctors, the most frustrating, time-wasting, and enthusiasm-draining activity is a relative newcomer to modern medicine: electronic health records (EHR). Doctors have always kept notes, but since 2014, medical professionals have been required to keep their records electronically in order to maintain an important stream of revenue: Medicaid and Medicare reimbursement.

The federal mandate for EHR was made in the name of efficiency, but many doctors complain that it’s accelerating doctor burnout.

In his book, Wachter talks to one renowned physician who used to review his handwritten notes the evening before surgery for better insight into his patients’ problems. However, when he consults his EHR notes, he finds they only provide confusion. Patients become a blur.

“It’s like I never saw them before. I can’t even picture their faces,” the surgeon said.

The promise of EHR was to improve care coordination, quality, safety, and patient engagement. In reality, however, it mostly serves to streamline billing. The federal government has poured tens of billions of dollars into incentives to implement the program. Yet instead of assisting doctors, EHR creates a new burden: It gives doctors, who are already tight on time, a data-entry job that draws their attention further from their patient.

“It’s the thing that is most frustrating docs and leading them to jump out of the window because you can’t get around it if you work in a big system,” said Sweet. “They are poorly designed, and they take all your time.”

Wachter and Sweet believe computers can play a valuable role in medicine. However, doctors need to have more say in the design.

“It would be very easy to put together an electronic medical system that was more like our paper charts, in that they are more like a book,” Sweet said.