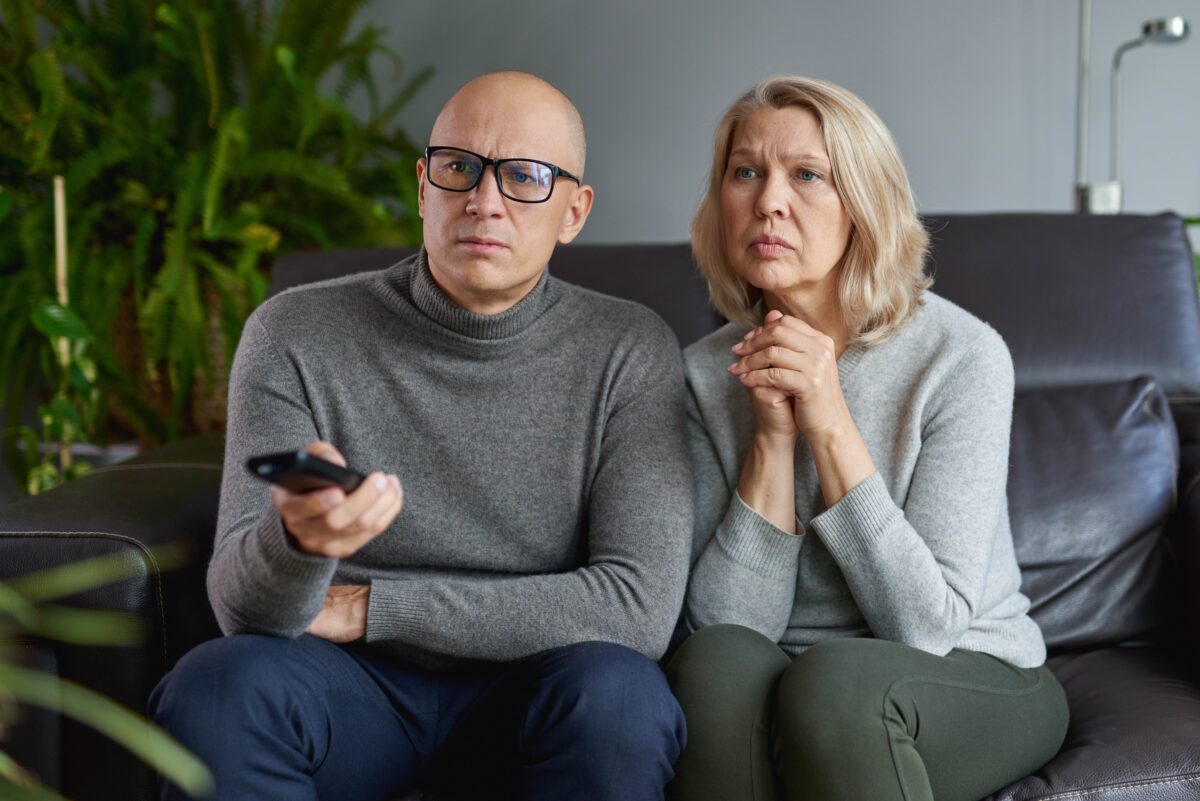 Adults 60 and older who sit for long periods watching TV or engaging in other passive, sedentary behaviors may be at increased risk of developing dementia, according to a new study.

The risk is lower for those who are more active while sitting—engaging in behaviors like reading or using a computer.

“It isn’t the time spent sitting, per se, but the type of sedentary activity performed during leisure time that impacts dementia risk,” says lead author David Raichlen, who was previously on the University of Arizona faculty and is now a professor of biological sciences and anthropology at the University of Southern California.

“We know from past studies that watching TV involves low levels of muscle activity and energy use compared with using a computer or reading,” Raichlen says. “And while research has shown that uninterrupted sitting for long periods is linked with reduced blood flow in the brain, the relatively greater intellectual stimulation that occurs during computer use may counteract the negative effects of sitting.”

The link between sedentary behavior and dementia risk persists even among participants who are physically active, the research shows.

“Although we know that physical activity is good for our brain health, many of us think that if we are just more physically active during the day, we can counter the negative effects of time spent sitting,” says coauthor Gene Alexander, a professor in the psychology department at the University of Arizona and Evelyn F. McKnight Brain Institute.

“Our findings suggest that the brain impacts of sitting during our leisure activities are really separate from how physically active we are, and that being more mentally active, like when using computers, may be a key way to help counter the increased risk of dementia related to more passive sedentary behaviors, like watching TV.”

Researchers used self-reported data from the UK Biobank, a large-scale biomedical database of more than 500,000 participants across the United Kingdom, to investigate possible correlations between sedentary, leisure activity, and dementia in older adults.

More than 145,000 participants aged 60 and older—all of whom did not have a diagnosis of dementia at the start of the project—used touchscreen questionnaires to self-report information about their levels of sedentary behavior during the 2006-2010 baseline examination period.

After an average of nearly 12 years of follow-up, the researchers used hospital inpatient records to determine dementia diagnosis. They found 3,507 positive cases.

“Our ability to ask and answer these research questions is a testament to large-scale biomedical databases linked to medical records, such as the UK Biobank,” says coauthor Yann Klimentidis, an associate professor of epidemiology and biostatics in the University of Arizona Mel and Enid Zuckerman College of Public Health. “They increasingly allow us to gain new insights into risk factors for dementia and many other diseases.”

The team adjusted for certain demographics—such as a person’s age, sex, race/ethnicity, and employment type—and lifestyle characteristics—such as exercise, smoking, alcohol use, and time spent sleeping and engaging in social contact—that could affect brain health.

“Our study shows that physical activity doesn’t fully mitigate the risk of dementia from too much sitting in the same way it does for other diseases, however what we do while we’re sitting matters,” Raichlen says.

“This knowledge is critical when it comes to designing targeted public health interventions aimed at reducing the risk of neurodegenerative disease from sedentary activities through positive behavior change.”

Additional coauthors of the study, published in the Proceedings of the National Academy of Sciences, are from USC and the University of Arizona.

The National Institutes of Health, the state of Arizona, the Arizona Department of Health Services, and the McKnight Brain Research Foundation funded the work.

Alexis Blue is  the assistant director of University Relations Communications at the University of Arizona. This article was previously published on Futurity.org under Creative Commons by 4.0.