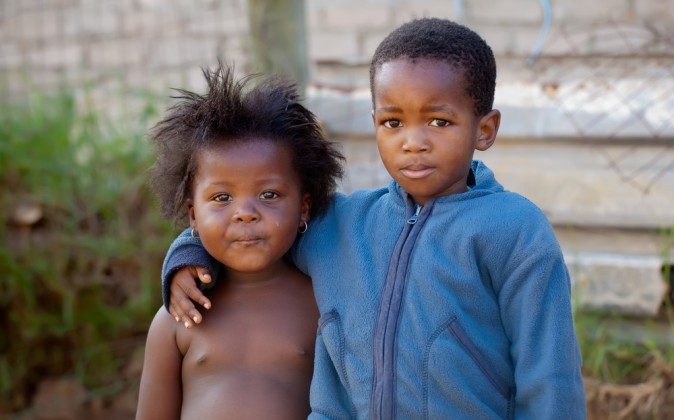 The children of Sierra Leone have only a police state to look forward to this holiday season, with Agence France-Presse (AFP) recently announcing that Christmas is officially canceled in the Ebola-stricken West African nation.

According to the AFP, state officials are prohibiting any public displays or celebrations of Christmas, citing escalating Ebola rates in what has been declared to be the worst Ebola outbreak in history. Citizens of Sierra Leone will be required to stay indoors and will be promptly ushered back into their homes if caught in the streets.

“Soldiers are to be deployed to the streets throughout the festive period, forcing people venturing out into the streets back indoors,” reads the report.

Sierra Leone is reportedly the hardest-hit country, claiming more than 8,000 confirmed cases of the disease and more than 2,000 deaths, according to the U.S. Centers for Disease Control and Prevention (CDC).

Panic Continues Over Threat of Ebola Infection; UK Institutes Its Own Travel Restrictions

The risk is still too great, believe many, to allow folks to travel freely throughout the embattled country. Even foreign reporters from places like the UK are having trouble meshing back into their own societies after putting themselves directly in the line of fire.

“Many of our local staff finish their long, grueling and potentially dangerous shifts in the unit to return to homes where their families refuse to sit in the same room as them,” wrote Dr. Felicity Fitzgerald for The Telegraph.

According to Dr. Fitzgerald, Britain’s own public health authority recently changed its rules to categorize anyone who may have come into contact with an Ebola patient while working abroad as high risk, prohibiting certain forms of travel.

“Anyone who has had any contact with Ebola patients, regardless of whether they were wearing full protective equipment or not is now going to be ‘Category 3’ or high risk,” she added. “That means, for example, we are only allowed to travel ‘locally’ for no more than an hour.”

Five Million Children out of School Due to Ebola, Claims UNICEF

Meanwhile, millions of school-age children living in the three hardest-hit Ebola countries haven’t been able to return to classes. A report by the Global Business Coalition for Education estimates that up to 5 million children in the region are currently out of school due to Ebola.

Efforts are currently underway to transmit lessons to children over the radio airways, but many of them aren’t being reached. So what was already a troubled education system has become further weakened by the mass hysteria and panic caused by the alleged spread of this deadly virus.

“The Ebola crisis has been seen as predominantly health, but I think [it’s] important to realize the impact goes way beyond the health perspective,” stated Sayo Aoki, an education specialist at UNICEF, to The Daily Beast.

Many of the countries where these children live, including Sierra Leone, Guinea and Liberia, already rank exceptionally low on the literacy scale. Data from 2011 reveals that all three countries have a less than 50 percent literacy rate among their adult populations, which will only decline further if students can’t attend classes.

“With children out of school indefinitely, Ebola threatens to reverse years of educational progress in West Africa where literacy rates are already low and school systems are only now recovering from years of civil war,” wrote Gordon Brown, UN Special Envoy for Global Education.

“If we do not address our failure to deliver this basic human right in emergencies, millions of young people, those far beyond the borders of the three affected countries affected will continue to shoulder the burden of our inaction.”

*Image of “boy and girl” via Shutterstock