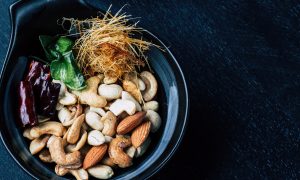 The Protein Problem: How the Source Affects Cardiovascular Risk
0 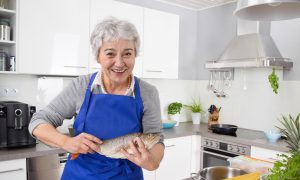 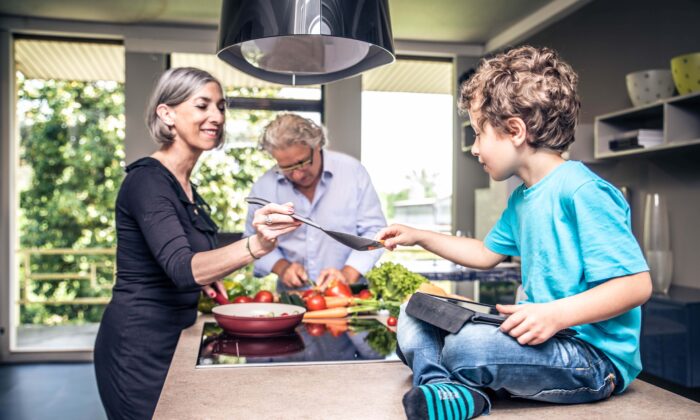 Should We Increase Our Protein Intake After Age 65?

“These results suggest that low protein intake during middle age followed by moderate to high protein consumption in older adults may optimize healthspan and longevity,” wrote the researchers in their 2014 study published in Cell Metabolism.

Some have suggested that the standard daily allowance for protein, which is 0.8 grams for every healthy kilogram of body weight, may be fine for most, but perhaps older people require more. The study upon which the recommended daily allowance (RDA) was based indicated that there was not enough evidence to suggest a higher RDA for the elderly.

A small study was published in 2008 and found no difference in protein requirements between young and old. The same RDA should be adequate for the elderly. However, adequate intake is not necessarily optimal intake. “Studies have not addressed the possibility that protein intake well above the RDA could prove beneficial,” or so suggests a 2013 study published in The Journals of Gerontology: Series A.

Another small study followed sedentary individuals over the age of 65 for 12 years and found they lose about one percent of their muscle mass every year. If you force people to lie in bed for days at a time, anyone would lose muscle mass, but older adults on bedrest may lose muscle mass six times faster than young people also on bedrest. So, it’s use it or lose it for everyone, but the elderly appear to lose muscle mass faster, so they better use it.

The good news is that in contrast to the 12-year U.S. study, a similar though much larger study in Japan found that the “age-related decreases in muscle mass were trivial.” Why the difference? It turns out that in the Japanese study, “the participants were informed about the results of their muscle strength, [so] they often tried to improve it by training before the next examination.” This was especially true among the men, who got so competitive their muscle mass increased with age, which shows that the loss of muscle mass with age is not inevitable—you just have to put in some effort.

Research suggests that adding protein doesn’t seem to help, based on a small study of 36 people. Adding more protein, mainly from eggs, to their diet didn’t influence the muscle responses of participants to resistance training, and that was based on studies funded by the American Egg Board itself.

Even the National Dairy Council couldn’t spin it: Evidently, strength “training-induced improvements in body composition, muscle strength, and size, and physical functioning are not enhanced when older people…increase their protein intake by either increasing the ingestion of higher-protein foods or consuming protein-enriched nutritional supplements.”

Is there anything we can do diet-wise to protect our aging muscles? Eat vegetables.

The alkalizing effects of vegetables may neutralize the mild metabolic acidosis in our body that facilitates the breakdown of muscle.  Muscle wasting appears to be an adaptive response to acidosis.  We all know when we exercise a muscle, it is likely to grow, or gain mass.

Consuming recommended levels of vegetables was associated with halving the odds of low muscle mass. Why? Vegetables have an alkalizing effect that may neutralize the mild metabolic acidosis that occurs with age. That little bit of extra acid can increase the breakdown of muscle.

We appear to get a chronic low-grade acidosis with advancing age because our kidney function starts to decline and because we may be eating an acid-promoting diet, which means a diet high in fish, pork, chicken, and cheese, and low in fruits and vegetables. Beans and other legumes are the only major sources of protein that are alkaline instead of acid-forming. And indeed, a more plant-based diet—that is, a more alkaline diet—was found to be positively associated with muscle mass in women aged 18–79.

So, if we are going to increase our protein consumption after age 65, it would preferably be plant-based proteins to protect us from frailty. No matter how old we are, a diet that emphasizes plant-based nutrition is likely to be healthier for people of any age.

Michael Greger, M.D. FACLM, is a physician and New York Times bestselling author, who has testified before Congress, appeared on The Dr. Oz Show and The Colbert Report, and was invited as an expert witness in defense of Oprah Winfrey at the infamous “meat defamation” trial. This article is republished from NutritionFacts.org