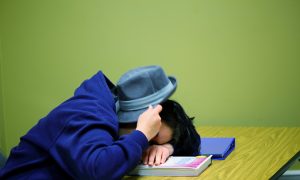 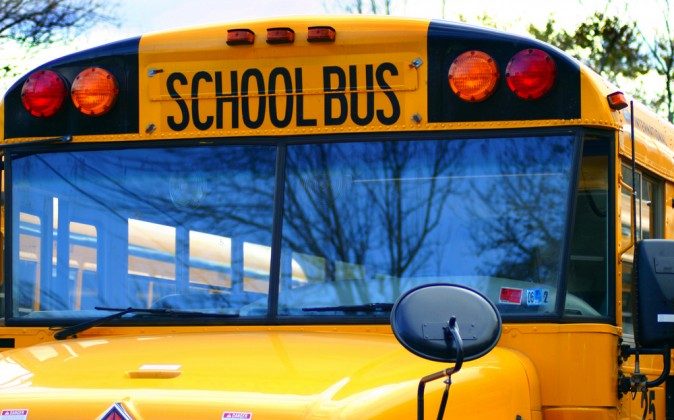 Should Schools Let Teenagers Sleep In?

A new study may be a dream come true for sleepy teenagers.

Children’s circadian rhythms shift as they become teenagers and cause them to go to sleep later at night. But an early start to the school day means most teens miss out on the recommended nine hours of sleep.

Researchers used activity monitors to track how sleep habits changed in younger and older teens as they grew during a two-year period. The findings, published in PLOS ONE, bolster recommendations from the American Academy of Pediatrics that middle and high schools avoid starting classes earlier than 8:30 a.m.

“This is one of the few studies that has tracked sleep behavior and circadian rhythms over the course of up to two-and-a-half years in the same adolescents,” says lead author Stephanie Crowley, assistant professor at Rush University Medical Center in Chicago who was a graduate student in the Brown University lab of senior author Mary Carskadon when the study was conducted.

“A handful of studies have focused on sleep duration longitudinally (as children age) but this is one of the first to look at sleep timing longitudinally.”

Tracking the changing sleep patterns of children as they age is important because numerous studies have found that teenagers don’t get enough sleep.

The negative effects can include poor academic performance, mood disturbances, depression, obesity, and even drowsy driving accidents among older teens. Those are the kinds of problems that concerned the American Academy of Pediatrics.

The study, which was conducted with 94 children, shows they seem fated to get less sleep as they mature. A typical 9-year-old fell asleep at 9:30 p.m. on a weekday upon first enrolling in the study and would wake up at 6:40 a.m. By age 11, the same child would go to sleep at 10 p.m. but still awaken at the same time. The net result for that child—and many others in the cohort of 38 children who joined the study at 9 or 10 years old—would be the loss of about half an hour of sleep every night.

“There are changes in sleep,” Crowley says, “even as early as middle school.”

What about weekends? The volunteers got considerably more sleep than on weekdays, despite falling asleep later and later with age. That’s because were able to sleep later.

The typical kid in the study moved to a later sleep/wake cycle with aging, except during the week, when later waking was not possible, most likely because of early school bells. The 18-year-olds in the study slept dramatically longer on weekdays than they did when they were younger because they had graduated from high school.

Groggy in the Morning

The study is one of the few to track individual kids for longer than a year. It illustrates wide individual differences in these trajectories. For some children, the data show, the shift to a later bedtime without a later wakeup time was especially stark, possibly putting them at a greater disadvantage relative to their peers.

“We often say ‘on average this is what’s happening,’ but there are youngsters who are more devastated by the kinds of issues they confront with school start times that are imposed on them,” says Carskadon, professor of psychiatry and human behavior. “These individual differences do change the impact of interventions (such as starting school later).”

The researchers measured another important difference in their younger and older cohorts of volunteers: a difference in how long the children resisted the tell-tale signal of biological night—the rise of the hormone melatonin as measured in their saliva. This interval between the time when the biological sleep signal emerged and when the children fell asleep is important because the longer kids resist that signal, the groggier they will be when they wake up in the morning.

As teens got older they put off the signal up to an hour longer, staying up as long as two hours past the point when their brains became primed for sleep. By the following weekday morning, however, there had been less time to relieve that accumulated “sleep pressure.”

“They were going to sleep at a later time in the biological night,” Crowley says.

“They’ll have an easier time falling asleep because they are so much past when the gate for sleep opens,” says Carskadon, “but when they still have to get up in the morning, that’s a problem.”

Other researchers at Brown and at University of Colorado were coauthors of the study. The National Institute on Alcohol Abuse and Alcoholism supported the research.

*Image of “school bus” via Shutterstock