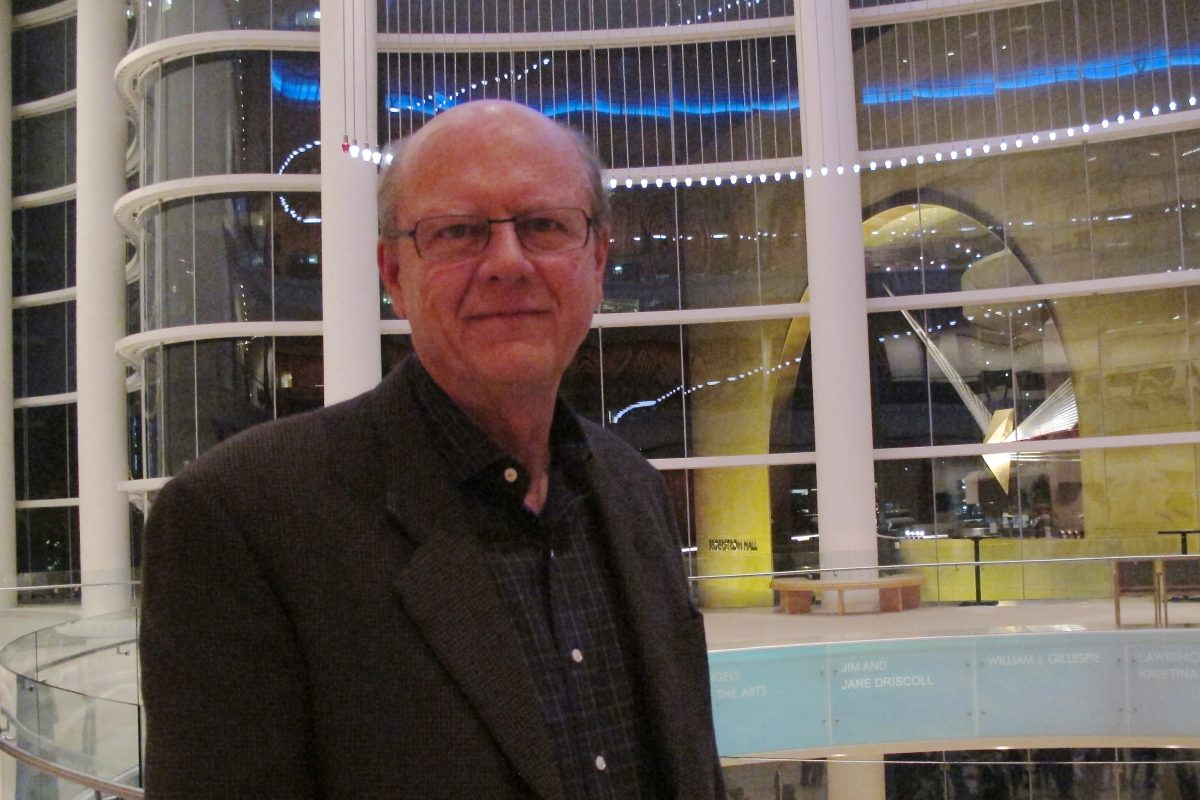 COSTA MESA, Calif.—Shen Yun Symphony Orchestra brought sounds from the East and the West to the Renée and Henry Segerstrom Concert Hall on Friday, Oct. 18, delighting the audience.

The concert included both original pieces inspired by China’s 5,000 years of culture, as well as classics from the Western repertoire by Beethoven and Tchaikovsky.

“There is no orchestra like Shen Yun,” explains the orchestra’s website. “It is the world’s only orchestra that combines both classical Western and Chinese instruments as its permanent members.”

Mr. Fairbank was impressed with the unique combination of East and West instrumentation, and was especially intrigued with the erhu, a Chinese stringed instrument. “I thought it was a pretty nice blend,” he said.

As far as the effect the music had on him, Fairbanks said, “Serene, mellow. I like the melodies.” The musicians’ source of inspiration is rooted in traditional Chinese culture.

He said he would tell his friends that “It was good, it was interesting, it was different.”