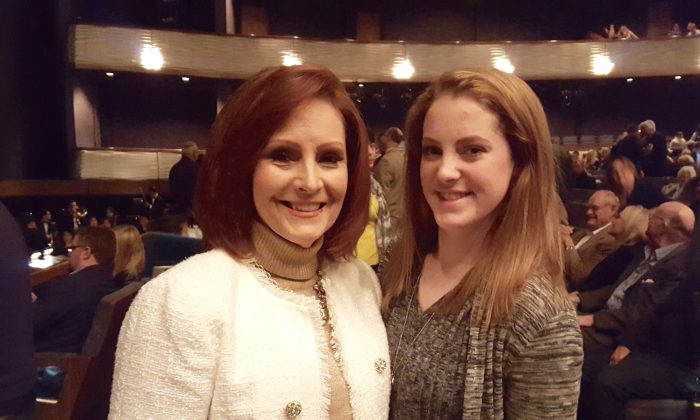 DALLAS—Beth Moore had wanted to see Shen Yun Performing Arts for years and years. The vibrantly colored advertisements would appear on highways, in the mall, and even at a booth she saw while on vacation.

On Jan. 9, Ms. Moore and her daughter Maddie finally caught a performance at the Winspear Opera House.

Ms. Moore said she realized the performance captured an entire culture she did not know about and brought it to life. “It was so moving,” she said.

Such an effect is exactly what New York-based Shen Yun aims to do. Formed in 2006, the artists have been touring the world to share China’s divinely inspired traditional culture on the world’s stage.

“The pieces, the stories, they truly come to life,” Ms. Moore said.

What really made the performance so moving was the performers, she explained. Ms. Moore could tell that each performer had dedicated their life to this mission. She said she could tell they didn’t even do things like over-indulge, in order to keep a healthy body, mind, and spirit.

“It’s pure grace, it’s effortless,” she said of the performance.

That spirit came through in the dances, the music, and most clearly for Ms. Moore in the solo vocalists‘ Chinese lyrics, which were projected with translations onto the backdrop.

“Her song was very moving,” Ms. Moore said of soprano Song Tianling’s “Mission.” Through it, she felt hope and purpose.