Shen Yun Is ‘Emotionally Invoking on All the Senses’ 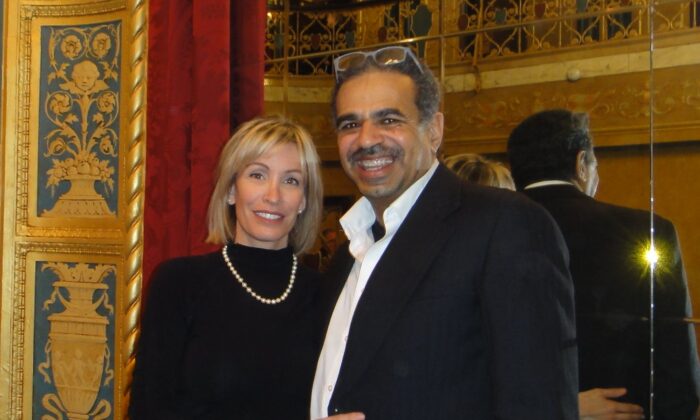 “It was beautiful. It was so inspirational. It excites us and we want more of it. We were very lucky because we live in the city so we didn’t have to travel to see it. So we’re blessed for that,” Doliber said.

New York-based Shen Yun uses music and dance to revive a 5,000-year culture that was once nearly lost.

“It is so graceful,” Mr. Cooper commented. “The whole piece was nice, play after play or story after story. And it was so beautiful. The dancers are so eloquent and the outfits are so pretty. And the stories were so incredible.”

Shen Yun has been touring the globe since 2006, ever embarking on its mission to revive traditional Chinese culture through story-based, classical Chinese dance.

Traditional Chinese culture is said to have been “divinely inspired.” Because of that, spirituality has had a prominent role in its corresponding fine arts and literature.

As Doliber watched Shen Yun, she saw some of this spirituality coming through in the dances. She commented, “That was a beautiful message … your living the moment because spirituality is also helping you feel the moment. So that was an extra surprise, [a] blessing.”

“I don’t know if everybody realizes all the different concepts raveled into it. You have the visual arts you have the martial arts, the dancing, the performance, you have a spiritual message inside for all cultures and then you get to learn also about the Chinese culture that we don’t get to see in a textbook. So it’s so much to absorb and what very well done,” Doliber added.

The Energy of a Shen Yun Performance

Doliber and Cooper both agreed that they could absolutely feel the energy coming from the stage.

Doliber further explained why she felt the energy was so intense.

“You take for granted that that orchestra’s live, it’s flawless! You take for granted, the performers, you almost forget performers are acting in tune with this live orchestra, every once in a while you have to remind yourself it’s all live—the whole production. So it was thrilling in that aspect,” she said.

All of Shen Yun’s performers practice Falun Dafa, an ancient meditation practice that follows the guiding principles of Truthfulness, Compassion, and Forbearance. And so, each performer endeavors to infuse the purity within their hearts into every dance, as the program explains.

Doliber commented she could feel this being passed to the audience.

“It was very emotionally invoking on all the senses. Look at the visual. It’s a feast. It’s a feast for the eyes and the soul—mind, body, soul,” she said.

Several of the vignettes within the program feature solo vocalists and/or instrumentalists. Of the solo soprano’s voice, Doliber said it was “beautiful, no words … it kept getting better, she was fantastic.”

Cooper was amazed with the soprano’s projection.

“That was very intense, beautiful. And with the idea of a room that big, you can hear the whole thing,” he said.

Shen Yun means “the beauty of divine beings dancing,” a reference to the divinely inspired culture it is dedicated to reviving, and Doliber felt that divine presence.

The graphic designer continued to explain, “I think that the higher power is acting through them so that all of these members can work together in sync like that. It’s like a timepiece, how they’re working together like gears of a watch. It doesn’t happen by accident.”

The Shen Yun website explains, “For 5,000 years a divine culture flourished in the land of China. Humanity’s treasure was nearly lost, but through breathtaking music and dance, Shen Yun is bringing back this glorious culture.”

“Everything is so much in sync, like these musicians who are below the stage and the performers, everybody action is going in sync and the message is clear that there’s passion for this culture. They’re really embracing and showing the pride in it and it creates a new appreciation, a great new appreciation for opening cultures and bringing a show like this. We’re blessed to have it brought to us,” Doliber commented.

“I feel like it was such a blessing to have them in such a historical beautiful venue in the city so it was very magical, spiritually—very spiritual,” Doliber said finally.