Shen Yun Is an Exquisite Performance 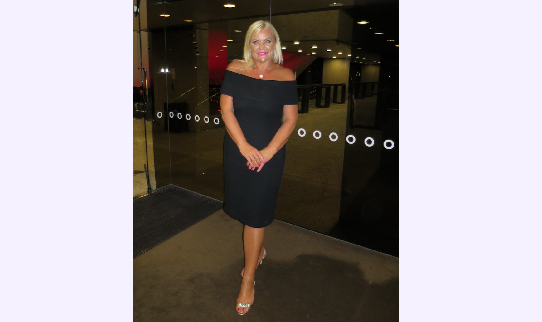 BRISBANE, Australia—”We’re so lucky in Brisbane to have this exquisite show that’s come here this evening. It’s really breathtaking to think that we’ve learnt so much in such a short space of time about the beauty of the Chinese culture,” said Christine Rudolph when she saw the opening night performance of Shen Yun Performing Arts, at the Lyric Theatre, on Feb. 26.

Ms. Rudolph, who works in real estate, feels the New York based Shen Yun brings hope to China, hope to all of humanity.

“It really is a beautiful story … it shows the great compassion and how that goodness and belief and hope do overcome many of the forces that are put against all of us,” she said.

“So there’s a tremendous message in this beautiful show that we saw today, as well as the music, the culture, the beautiful scenery and the wonderful costumes and the colour as well.”

The Shen Yun website states, “China was once known as Shen Zhou, The Divine Land, a land where deities and mortals coexisted … however over its past 60 years of rule, the communist regime has treated traditional Chinese values as a threat to its existence. And in its systematic campaigns like the Cultural Revolution, it has uprooted traditional beliefs and destroyed ancient treasures bringing traditional 5,000 years of civilization to the brink of extinction.”

Shen Yun’s mission is to revive this divinely inspired culture.

Ms. Rudolph felt she learnt of the beautiful dignity of the Chinese culture through the dances.

“There’s an incredible graciousness that no matter what they have endured in life, they continue to hold their head up high and continue to smile and give a message to all of us about resilience and no matter what adversity brings us in our life,” she said.

Shen Yun is based on classical Chinese dance but also incorporates solo performances, a blended orchestra of classical Western and traditional Chinese instruments and state-of-the-art digital backdrop combining to give a complete theatrical experience.

“Everything was a fusion of colour, incredible costume design, magnificent music and the orchestra, a wonderful story line and the backdrop of the incredible scenery that you see throughout China, so it really was an all-round experience of what the Chinese culture is all about,” Ms. Rudolph said.