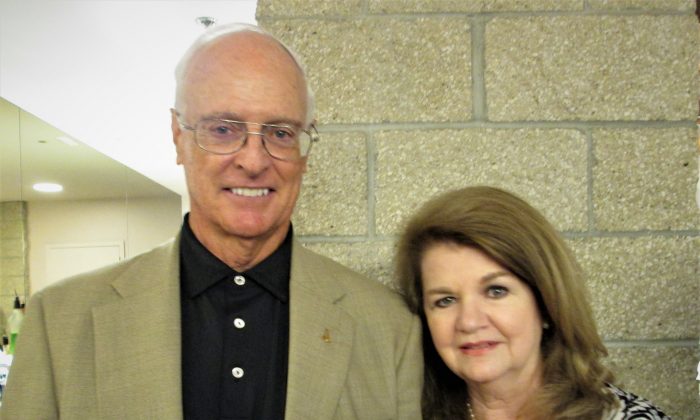 Astronaut Keith Wright and his wife, Pat, enjoyed the Shen Yun evening performance at the McCallum Theatre in Palm Desert, Calif., on April 27, 2018. Keith Wright is Lieutenant Colonel, USAF, Ret. He was selected in 1979 for the military spaceflight engineer astronaut group 1, and assigned as backup for STS-51C. Later, he was director at Satellite Control Facility in Sunnyvale, and currently, he's with Sparta Corporation, El Segundo, California. (Marie-Paul Baxiu/The Epoch Times)

“It was a pleasant surprise, and I’m enjoying it very much.”

“[I felt] some excitement, some energy, some calmness and soothing, relaxation, and then some excitation, so it’s a good balance.”

“The expressions on the [dancers’] faces, and the element of dance—those illustrate the spirituality.”