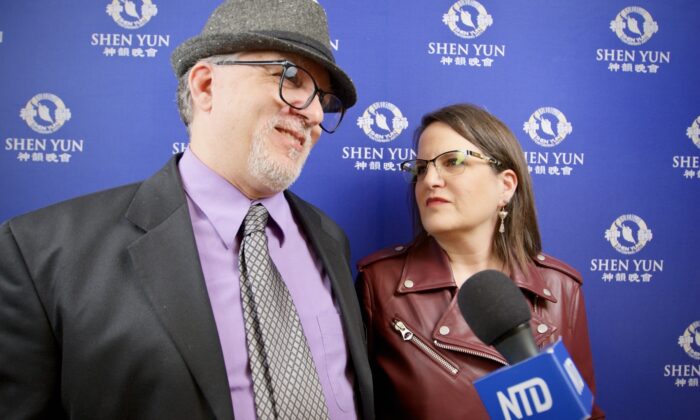 New York-based Shen Yun Performing Arts was founded in 2006 by a group of leading Chinese artists who had fled the persecution of China’s ruling communist party. Following the regime’s violent takeover in 1949, Chinese traditional culture underwent a period of mass destruction.

Mrs. Episale thought some of the stories were “really tough and [yet] fantastic to watch. Every story, every dance is such a different emotion.”

She said there were moments when it was difficult to get into the next dance, “because I still felt that power and that sadness of the previous number.”

Mr. Episale said, “It’s kind of like a rollercoaster ride. How they displayed [the stories] is very, very beautiful—immerses you in the actual scene.”

He said the classical Chinese dance was “very freeing, and open and airy. Very celestial.”

Mrs. Episale liked how each performance was portrayed: “I think it’s just very, very educational. And we don’t get to experience that very often. So this is a wonderful opportunity to put that in front of us so that we can what it was like.”

Reporting by NTD and Yvonne Marcotte.