Shen Yun a Work of Art, Shows Beauty of Nature 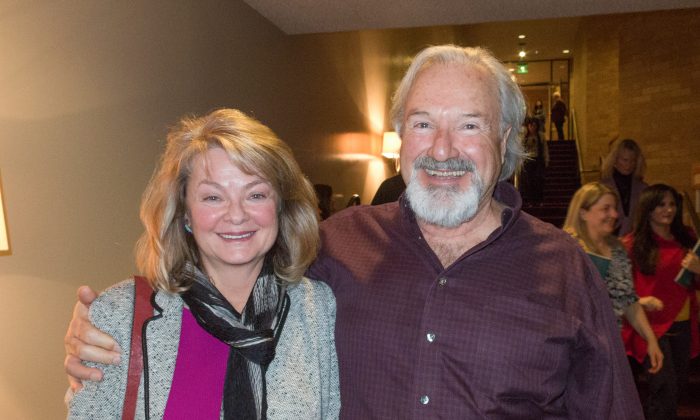 BOISE, Idaho—As Rick Justice watched the dancers of Shen Yun Performing Arts, he took stills in his mind, freeze-frames of every colorful dance so he would have something to look upon after the dances had finished.

“And so many of them look like flowers,” said Mr. Justice, who retired from working for the federal government. The color, costuming, and choreography were some things he wanted to remember. “Just beautiful—a work of art—and the grace and the beauty and soul. Much of the performance was like nature itself.”

Mr. Justice and his wife Dawn, who used to run the Idaho Banker’s Association, saw the Jan. 20 performance at the Morrison Center for the Performing Arts. Both were taken by the beauty, and Mrs. Justice commented on how easy the dancers made it look.

Each Shen Yun performance is one centered on beauty and grace. Fairies twirl above the sea, creating shimmering waves with long blue fans. Tibetan dancers in colorful, patterned skirts throw long white sleeves toward the heavens in veneration for the divine. Young ladies spin sparkling pink handkerchiefs in a fireworks celebration.

For Mr. Justice, it was easy to see how such bright and colorful scenes could become flowers.

The beauty of the performance came through in the costuming, the dance, and also the messages, Mrs. Justice said. “It was just emotionally touching, moving.”

One of those messages was the revival of China’s traditional culture, Mrs. Justice added, which is a divinely inspired culture that had been passed down for 5,000 years. But when communism took power, the traditional culture and arts were nearly destroyed under targeted campaigns like the Cultural Revolution.

Another one of the evening’s pieces touched on a period of China’s modern history, and Mr. Justice said it was so moving that it “just about made you cry.”

The traditional culture that people were standing up for in the piece was “so much about truth, compassion, love,” Mr. Justice said. But during that time period, those beliefs were attacked by the communist regime, which is “just awful,” he said.

Mrs. Justice said it would have been a loss if the ancient culture was completely quashed under the regime. “So I think it’s wonderful that they’re bringing a lot of this back to people like us who never would have seen it.”