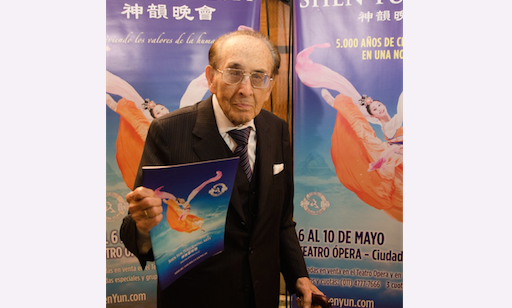 “This is a splendid spectacle—amazing, creative,” Mr. Fayt said. “It really arouses your interest and makes you love the work and applaud. Honestly, a very beautiful show.”

Based, in New York, Shen Yun was formed by a group of leading classical Chinese artists with the aim of reviving China’s divinely inspired culture. The company features award-winning dancers and musicians.

Mr. Fayt said the Shen Yun artists inspired him with their nobility.

“It was really beautiful,” he said of the overall performance.

He said he would tell his family and friends about Shen Yun, as well as his colleagues “who sit with me every Tuesday to decide the matters of the country.”

With reporting by Celeste Caminos